WASHINGTON (CNS) — After a flurry of court decisions, the Supreme Court reversed a pair of rulings from federal appeals courts that had put death-row inmate Lisa Montgomery’s execution on hold, and it denied two other last-minute requests to postpone the execution. 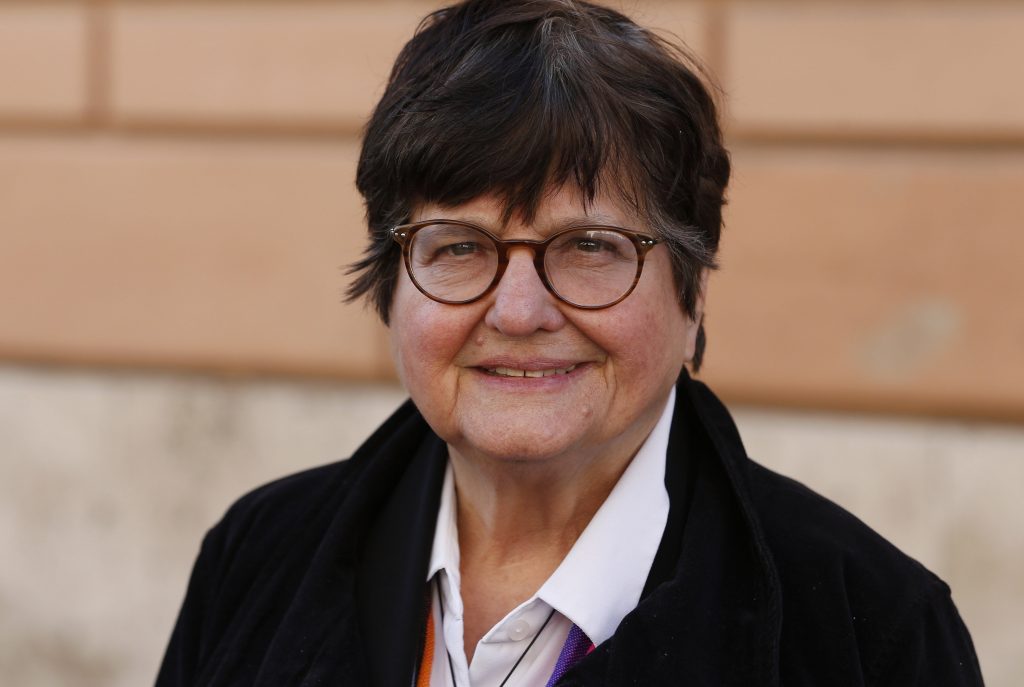 Sister Helen Prejean, a Sister of St. Joseph of Medaille is seen in this 2016 file photo. (CNS photo/Paul Haring)

After the court’s decision, Sister Helen Prejean, a Sister of St. Joseph of Medaille and longtime death penalty opponent, tweeted: “In yet another after-midnight ruling, the U.S. Supreme Court has allowed the federal government to proceed with Lisa Montgomery’s execution immediately. This decision will forever be a scarlet letter for the SCOTUS — a complete failure to protect our most vulnerable citizens.”

Kelley Henry, Montgomery’s attorney, said in a Jan. 13 statement: “The craven bloodlust of a failed administration was on full display tonight. Everyone who participated in the execution of Lisa Montgomery should feel shame.”

Catholic leaders have been pleading for an end to the death penalty and urging leaders to stop this practice, particularly with three executions having taken place Jan. 12-15.

On Jan. 12, a federal judge for the U.S. District Court for the District of Columbia halted the executions scheduled for Corey Johnson and Dustin Higgs Jan. 14 and Jan. 15, respectively, due to their risk of increased suffering because of COVID-19 lung damage, but a federal appeals court Jan. 13 sided with the government and vacated the stay of executions. 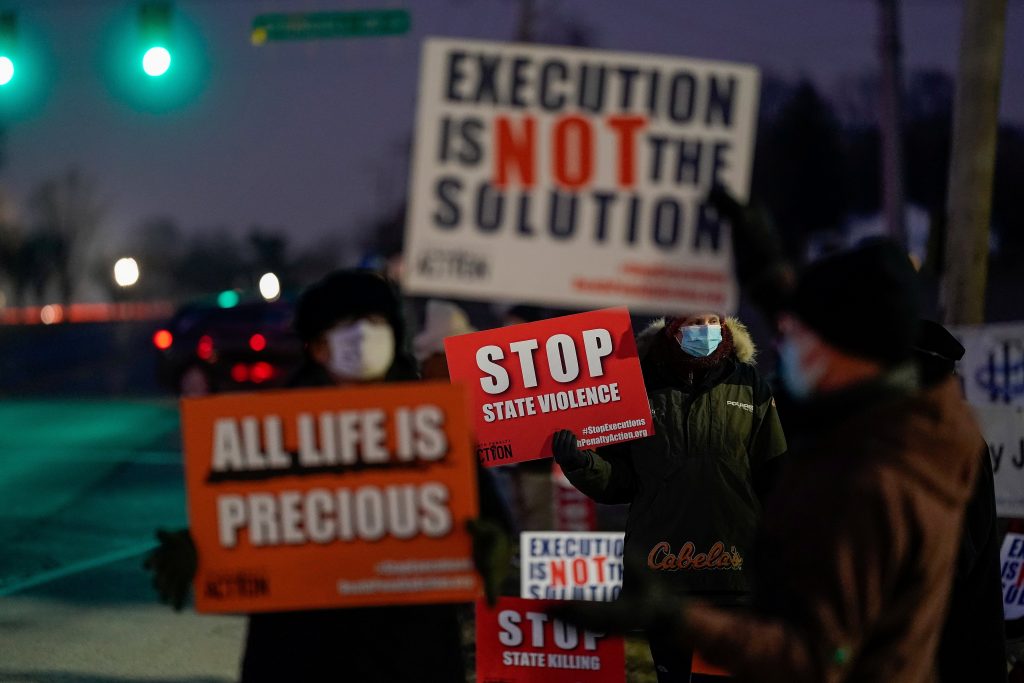 Demonstrators in in Terre Haute, Ind., gather to protest the execution of Lisa Montgomery Jan. 12, 2021. She was put to death by lethal injection at the federal prison in Terre Haute soon after the U.S. Supreme Court lifted a hold on her execution at 1:31 a.m. (EST). She was the first woman to be put to death in federal prison since 1953. (CNS photo/Bryan Woolston, Reuters)

The two inmates tested positive for the coronavirus in December. The previous day the American Medical Association urged Acting Attorney General Jeffrey Rosen and the Justice Department to postpone the federal executions scheduled for the second week in January, saying recent executions have turned into COVID-19 super-spreader events.

In 2004, Montgomery attacked and killed a pregnant woman, cut her open and took the woman’s baby. In a nearly 7,000-page clemency petition submitted in early January to President Donald Trump, Montgomery’s lawyers detailed their client’s claims of physical abuse, rape and torture as well as being sex trafficked by her mother.

“Everything about this case is overwhelmingly sad,” the petition said. “As human beings we want to turn away. It is easy to call Mrs. Montgomery evil and a monster, as the government has. She is neither.”

On Jan. 10, Holy Cross Father John Jenkins, president of the University of Notre Dame, said Montgomery’s upcoming execution was “particularly troubling,” because it “illustrates some of the many systemic failures in our system of capital punishment. The victim of severe child abuse and sexual violence herself, Montgomery committed a crime so heinous and bizarre that it raises serious questions about her mental state.”

In a statement, he urged President Trump to stop her execution. He stressed that the “most fundamental objection to the death penalty, though, is that it undermines our commitment to the sanctity of all human life — healthy or infirm, talented or ordinary, good or bad. Death-row inmates have been convicted of some of the most awful crimes imaginable, yet even their lives do not lose that dignity.”

The group launched an online petition campaign asking President Joe Biden to make it a priority to end federal executions once he was sworn into office, urging the incoming administration to “uphold the sacred dignity of every person” and make good on its promises to dismantle the federal death penalty system.

The petition names several possible avenues toward abolition the president-elect could pursue, including declaring an official moratorium on federal executions, commuting the death sentences of all those currently on federal death row and advocating to end the death penalty in law.

The last suggestion was taken up in late afternoon Jan. 11 when Sen. Dick Durbin, D-Illinois, the incoming chair of the Senate Judiciary Committee, and Rep. Ayanna Pressley, D-Massachusetts, announced plans to introduce legislation seeking an end to the federal death penalty.