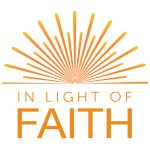 I was thrilled to see the announcement that Pope Francis will canonize Blessed Paul VI and Blessed Oscar Romero during the upcoming synod on “Young people, the faith and vocational discernment,” and I was even more elated that their canonizations will take place on the same day.

I read Pope Francis’ choice for this timing as a subtle signal that it’s time to turn the page on the tired division between “pro-life” and “social justice” Catholicism. Millennial Catholics intuitively grasp the integrity of the Church’s sexual, social and sacramental teachings. Perhaps, then, this dual canonization is more for established Catholic leaders still caught up in culture wars than for emerging leaders engaged in missionary activity.

Both of these men played critical roles in my own understanding of the unity and harmony of the faith. It was in an undergraduate course on Catholic bioethics that I first encountered Pope Paul VI’s encyclical “Humanae Vitae.” Before then I had an oversimplified understanding of the Church’s sexual teaching, which essentially boiled down to: “Don’t have sex before marriage or outside of it.”

The stunning revelation of what marriage and sexual love could be made it across my desk during the critical period of emerging adulthood when I was solidifying my identity, values and commitments. In it, I found what was lacking in the women’s studies course I was taking at the same time — an appreciation of women as women and a rich understanding of the complementarity of the sexes.

Pope Paul VI’s prophetic teaching on openness to life and responsible parenthood, expounded upon by St. John Paul II and Pope Benedict XVI, shaped a generation. It molded our commitment to creating a culture that welcomes life. And for me and many of my female peers, it formed our commitment to a pro-life feminism.

Of Pope Paul VI, Pope Francis has said, “Before the advent of a secularized and hostile society, he could hold fast, with farsightedness and wisdom — and at times alone — to the helm of the barque of Peter, while never losing his joy and his trust in the Lord.”

Likewise, Blessed Oscar Romero of El Salvador played a significant role in shaping my generation’s commitment to Catholic social teaching and the preferential option for the poor. I can think of no shortage of peers who engaged in long-term service at home and abroad, who saw Archbishop Romero as their hero in working to alleviate human rights abuses and social injustices.

On a service-immersion trip to Guatemala during graduate school, I got a firsthand look at the oppression of an indigenous population and the devastating poverty in which some are forced to live. In a little village several hours outside of Flores, I encountered men, women and children who lived in homes with thatched roofs and mud floors, who had hammocks for beds.

The people of the village survived the genocide of the Mayan people that peaked between 1981-83. Because of persistent discrimination, the government officials withheld clean water, sewer systems and electricity. The children I met were severely malnourished. Many would die of preventable bacterial infections from bathing alongside wild pigs and dogs.

And yet they celebrated Mass with more joy than I have ever seen. That experience made me think of Archbishop Romero’s comment that “the most profound social revolution is the serious, supernatural, interior reform of a Christian.”

And that’s the point. Conforming one’s life to the Church’s teachings should not signal what “type” of Catholic you are. It should make you a saint. Maybe the canonization of these men will help to move our Church beyond tired divisions to a radiant, integral witness. That would be a fitting miracle for them to share.