For a young person in a poor family, an internship or other work-based learning opportunity can offer the first step to a better life. But for many impoverished youths in Indiana, that path is never taken – because the wages they earn from those jobs can prevent their families from continuing to receive the government assistance they desperately need. 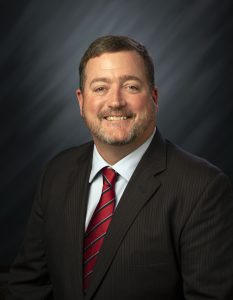 A bill that unanimously passed both the Indiana House and Senate would help break down those barriers. House Bill 1009, authored by Rep. Chuck Goodrich, R-Noblesville, would exempt a student’s income earned through a paid internship, apprenticeship or other work-based opportunity from their family’s eligibility for the Temporary Assistance for Needy Families program and the Supplemental Nutrition Assistance Program, more commonly known as food stamps. Goodrich said that students too often turn down promising opportunities because their earnings could put their families over the household income threshold for receiving help through these programs.

“Many companies today have a minimum requirement of one to two years of relevant work experience, even for entry-level jobs,” Goodrich said. “Programs like internships and apprenticeships are essential educational and networking opportunities that every student should be able to participate in without worrying about how it will affect their family’s financial situation.”

Beyond offering a brighter future for young people in difficult circumstances, Goodrich said the legislation makes good economic sense for Indiana. Governor Eric Holcomb has launched an initiative known as Next Level Jobs that aims to take the state’s workforce to the next level with a focus on in-demand, high-paying positions. Next Level Jobs provides free training for Hoosiers and reimbursements for Indiana employers offering such training in high-demand fields like health care and information technology.

The governor’s agenda calls for filling more than 1 million job openings in Indiana by 2025. According to state officials, there are currently 45,000 positions available for highly skilled individuals.

“Indiana’s unemployment rate continues to sit below the national average, but we also have more jobs available than workers to fill them,” Goodrich said. “This bill reaffirms our continued focus on growing our workforce to help support a solid pipeline of skilled workers to keep Indiana’s economic momentum moving forward.”

House Bill 1009, which was awaiting the governor’s signature at press time, had strong backing from the Indiana Catholic Conference.

“The ICC supported this bill because it supports the family unit,” said Angela Espada, executive director of the ICC, the public policy voice of the Catholic Church in Indiana. “The families affected by this bill receive public assistance, which means they are financially vulnerable. Our faith calls us to assist the poor.

“Supporting this bill is also important because it allows young people to be exposed to internships and programs that can help them break the cycle of poverty without hurting their families’ eligibility for assistance.”

Espada was among those who testified in favor of the legislation before a House committee, along with Jessica Fraser, program director for the Indiana Institute for Working Families.

“We were hearing from practitioners in the (Next Level Jobs) initiative that students were being discouraged from participating because of these financial concerns,” said Fraser, a member of St. Thomas Aquinas Parish in Indianapolis. “The state is allocating money towards work-based learning programs, but students are afraid that their families are going to get punished from an economic standpoint if they pursue these opportunities.”

In the final days of this year’s short legislative session, Fraser said she was encouraged by the strong support for House Bill 1009 in both chambers of the General Assembly. As a public policy expert on TANF, she considered the forward movement on the bill a bright spot after the roadblocks encountered in the legislature on TANF itself.

TANF is a federal government program that provides grants to the states for distribution to families in deep poverty. Because of antiquated state guidelines, the $288 maximum monthly payout for a family of three in deep poverty has not been adjusted for inflation in more than 30 years. Senate Bill 111 would have modernized TANF in Indiana, but the measure did not receive a hearing.

Fraser explained that if House Bill 1009 becomes law, TANF benefits would receive immediate protection, unlike those related to SNAP and for Medicaid, which would require the state to file for a waiver and then await federal approval.

“TANF is unique in that the state has the power right now to decide what is and isn’t income,” Fraser said. “The state would be able to make this change for TANF families right away under its own authority, so that is exciting to us because it’s progress on the TANF portion right away.

“I am very hopeful that the governor will sign this legislation.”

To follow priority legislation of the ICC,
visit www.indianacc.org. This website includes access to I-CAN, the Indiana Catholic Action Network, which offers the Church’s position on key issues. Those who sign up for I-CAN receive alerts on legislation moving forward and ways to contact their elected representatives.