“I like them so much, the middle name of all my daughters is Rose,” the Fort Wayne wife and mother of 10 — five daughters and five sons — shares with her sisters in Christ.

“I also really love St. Therese of Lisieux, and when she answers a novena, she gives a rose. I was always like, ‘I want to be like (a rose). I want to be perfect. I want to be this perfect person.’”

Twelve years ago, however, the St. Vincent de Paul parishioner found herself struggling with the fact that she wasn’t. As hard as she tried, over and over again with each new day, she still wasn’t perfect.

In prayer with Scripture, a word from Luke 22:27 began to strike her. “Consider the wildflower, how they grow: they neither toil nor spin: but I tell you, not even Solomon in all his glory clothed himself like one of these.”

“Wildflowers. What did that mean?” she asked herself. 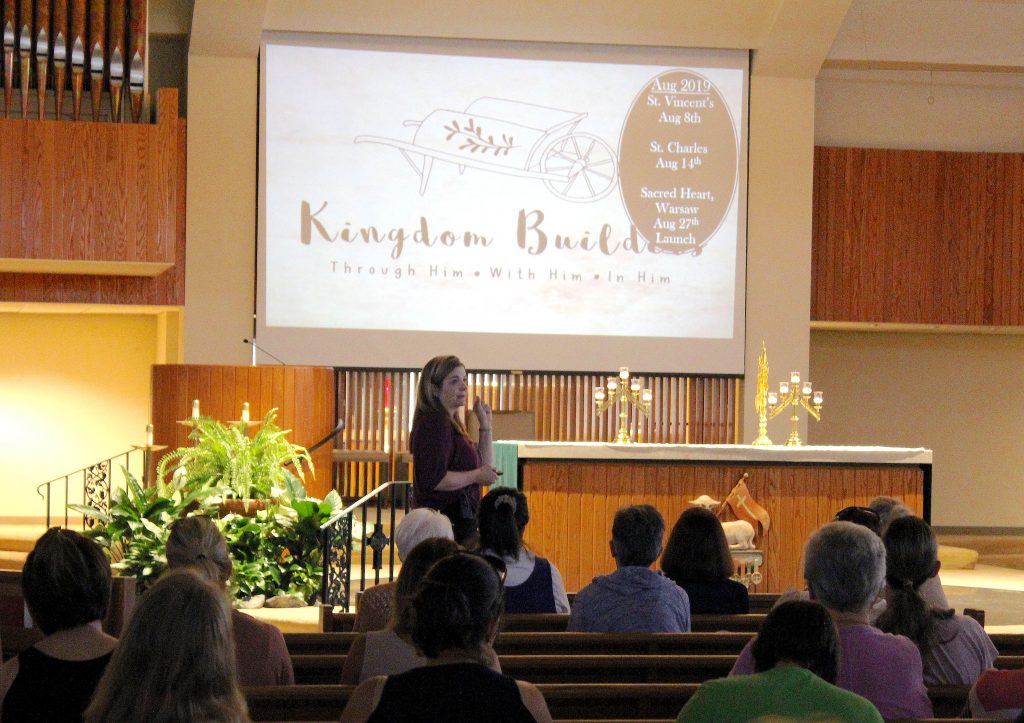 Parrish prayed on the question. She determined that God was starting to answer her with little visions; “little moments here and there, of this droopy, messy purple flower. He was saying that was me, and that (I) was beautiful. Because I’m very creative, but I’m kind of messy, and I’m disorganized, and the stuff that you’ll get from me will have errors in it, because I make mistakes. But I just love God and I love people, so I go forward.”

“I wasn’t created to be this perfect rose, I was created to be a wildflower. So that’s embracing the design He had for me,” she realized.

‘We’ve been praying for you’

She persevered in developing her professional and spiritual life, motherhood and her vocation, navigating the stress and chaos of life. One day, a conversation with an acquaintance about such daily struggles convinced her there was a message she needed to share with others: that it’s the work of the devil when God’s children become confused about their priorities and feel like their lives are disordered.

As she now pointedly tells women, “Satan introduces chaos. Recognize it when you feel it.” 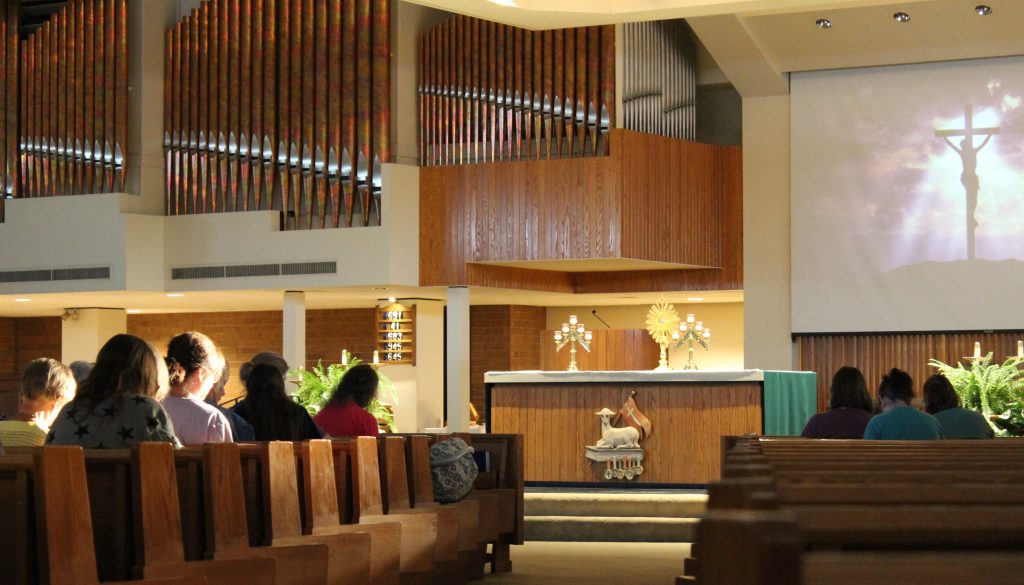 She recounts this and other wake-up calls at gatherings of a group called Kingdom Builders. The ministry began in January at St. Vincent de Paul Parish, a couple of years after Parrish initially approached pastor Father Daniel Scheidt about the possibility of starting a group for women of any faith denomination — or none at all — that would meet monthly for fellowship, goal setting, eucharistic adoration, praise and worship.

The first announcement for Kingdom Builders received immediate response. Now in its eighth month, the ministry continues to experience unprecedented growth. In May, additional gatherings began to be scheduled at St. Charles Borromeo Parish, Fort Wayne, and a third site at Sacred Heart Parish in Warsaw will host Kingdom Builders gatherings beginning Aug. 27.

One of the reasons for the group’s success and growth might be found in the first few minutes of the gatherings. As the evening begins, Parrish welcomes the women and tells all first-time attendees, “we have been praying for you.”

The mission of Kingdom Builders is based on Matthew 6:33: “But seek first the kingdom of God and His righteousness, and all these things will be given you besides.” The Scripture verse was strongly laid upon Parrish’s heart, and she believes God is clear stating that the participants would build a solid foundation if they focused on three steps: A minimum of 10 minutes of prayer a day, attending Sunday Mass and going to regular confession or at least twice a year.

“Using these steps as our foundation allows God to order our lives. All other goals and desires must fall in line after these three things. If we want to build, we must have a solid foundation,” Parrish says. From that founda tion, peace and joy will inform their ability to accomplish their other goals and desires regarding family, health and careers. And women who are building up themselves spiritually are then able to build up others and build the Church, emphasized Parrish.

She prepares for each gathering by reflecting on the Sunday Mass readings for the upcoming month. She also prays with them.

“I ask our Heavenly Father what He desires His daughters to know. Then I create a 45-minute teaching that has concrete examples of how to apply these teachings to their lives … truly embracing their feminine genius.” Parrish reviews the teachings with Father Scheidt, who often expands upon them from a theological perspective.

The second 45 minutes of every Kingdom Builders gathering is for eucharistic adoration. Silent prayer time is intermixed with praise and worship music. Adoration and quiet time with the Lord seem to be the draw for many of the women who attend. Some enjoy sitting in silence listening to the Lord, feeling Him love them and allowing the Holy Spirit to move them. Some pray the rosary. Others find strength in being among other women without distraction.

Parrish believes the rapid growth of Kingdom Builders is due to its focus. “It’s because we (the leaders) know to whom these women belong. They are beloved daughters of a mighty king. We bring them before the Father and let Him love on them. God does all the heavy lifting. We just facilitate the event.”

Each gathering concludes with encouragement to review on Sunday a booklet of measurable goal ideas distributed at the gathering. The booklet gives ideas on how a woman can keep her focus on the Lord and share Him with others during the coming the week. Examples of measurable goals for the week are taking time to praise their children for their work, creativity or effort, and praying a decade of the rosary before turning on the radio.

For information, visit buildingthroughhim.com or Kingdom Builders’ Facebook page, which share the dates and locations for upcoming gatherings.