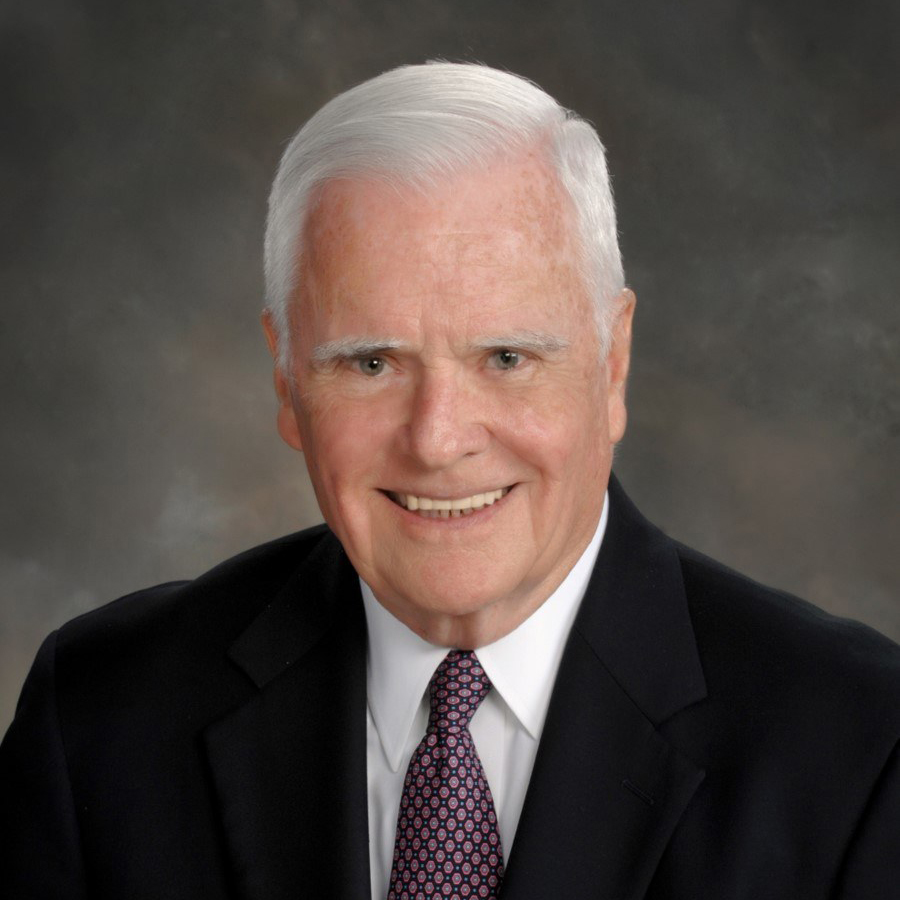 Jerome Kearns is a humble man, one who is pleased to have served the Diocese of Fort Wayne-South Bend for many years, but who gives greater credit to others. His life has been firmly anchored within the diocese; 13 of his years were spent as executive director of the OSV Institute, 30 on the Diocesan Finance Council, and prior to that he served on Annual Bishop’s Appeal boards beginning nearly 50 years ago. Now he is allowing himself a reprieve from those years of hard work.

Kearns retired from his position at OSV this spring after more than a decade, though he admitted he has not been active in that capacity since 2018 when Jason Shanks became full-time president of the Institute. In his role as executive director, he was responsible for receiving grant applications from charitable organizations and following through on the awards process. He also resigned his position on the finance council because “I thought it was probably time to turn the chair over to somebody else.”

A native of Fort Wayne, Kearns grew up at St. John the Baptist Parish and was educated in Catholic schools. He completed a finance degree program at the University of Notre Dame. His background in banking, along with his close connections to bishops of the diocese, made him an ideal candidate to chair one of the earliest bishop’s appeals.

“Through that I got to know Bishop D’Arcy very well and we became very good friends,” he said. “He asked if I would serve on the council. I thought it would maybe be one year or two, or one or two terms,” he remarked, chuckling. That “brief” commitment turned into 30 years.

Over those years, many financial projects came to fruition. The Catholic Community Foundation of Northeast Indiana was formed; over $200 million went to building projects, including the new Saint Joseph High School; the diocese wide Legacy of Faith campaign raised 48.5 million; and the Archbishop Noll Catholic Center was purchased as headquarters for the diocesan curia. Additionally, diocesan investments increased 163 million during Kearns’ tenure on the finance council.

Joe Ryan, chief financial officer for the diocese, said of Kearns, “I would say that Jerry fulfilled his canonical promise. He served the diocese with integrity and care, keeping in mind always its pastoral mission, nourishing the faith of all, preserving and deepening faith in Jesus Christ and caring for those in need.”

Not only did Kearns aid the diocese but also other ministries within the diocese, including the finance committee for the Sisters of St. Francis of Perpetual Adoration and the board of trustees for Holy Cross College.

Even before his years of service began, Kearns has been steeped in diocesan life. He has had more than a passing association its bishops all the way back to Archbishop Noll, for whom he served Mass occasionally as an altar boy at St. John the Baptist. Future-bishop Father Leo Pursley was pastor there at the time and a good friend of his parents, so he requested that Kearns serve when the bishop came for visits. Kearns has personally known every bishop and auxiliary bishop since the 1950s.

“They’ve all been great servants of the Lord, each and every one of them,” he remarked. “They all had their own unique personalities and their own unique talents, and they all served the diocese in a faithful way.”

Kearns said he was especially blessed to have Bishop D’Arcy preside over a 50th anniversary Mass for him and his wife, Judy. He has fond memories of Bishop D’Arcy, calling him a “remarkable man.”

“Everybody who ever met Bishop D’Arcy felt as though they were the only person in the world to him, he had that kind of connection to people.”

His work in the diocese, Kearns believes, brought him to a greater love of the Church.

“It has given me a greater appreciation of all that the Church does and of all the beautiful and very productive apostolates and organizations that serve the Church in so many different ways.”

He applauds the work being done in the community by laypeople who minister to young people, reach out to the Hispanic community and serve the pro-life cause through organizations such as the Women’s Care Center. “I had no idea all those different apostolates existed until I really got to work for OSV.”

It is not in Kearns’ nature, it seems, to take credit for himself for the good work being done by the diocese and individual ministries he has helped support through the OSV Institute. Rather, “The people at the parish level, I think, are the ones who really make the difference.  … Those who give themselves to the school and the parishes are the real heroes in the lay Catholic world.”