“The first is our commitment to justice,” he said, adding that “since the day Moses returned from Mount Sinai” with the Ten Commandments, “we’ve known that it is always wrong to intentionally kill an innocent human being.”

“As Americans, we understand that this idea is at the heart of justice and our entire justice system. Because a government that will sanction the killing of the innocent is capable of sanctioning anything,” he said in an address accepting the 2021 Pro-Life Legacy Award Jan. 29.

“It matters little that this sanction is camouflaged in the language of freedom,” he added.

Presented during the 39th annual March for Life Rose Dinner, which was held virtually, the award recognizes the Knights of Columbus CEO for “a lifetime of leadership in defense of the unborn.” Anderson, who has been involved in the pro-life issue for 50 years, has headed the Knights since 2000.

“No one has done more to advance the pro-life cause than Carl Anderson. He is a true pro-life warrior, and his work and tireless dedication to the cause is an example to us all,” Jeanne Mancini, president of the March for Life Defense and Education Fund, said in her award presentation. 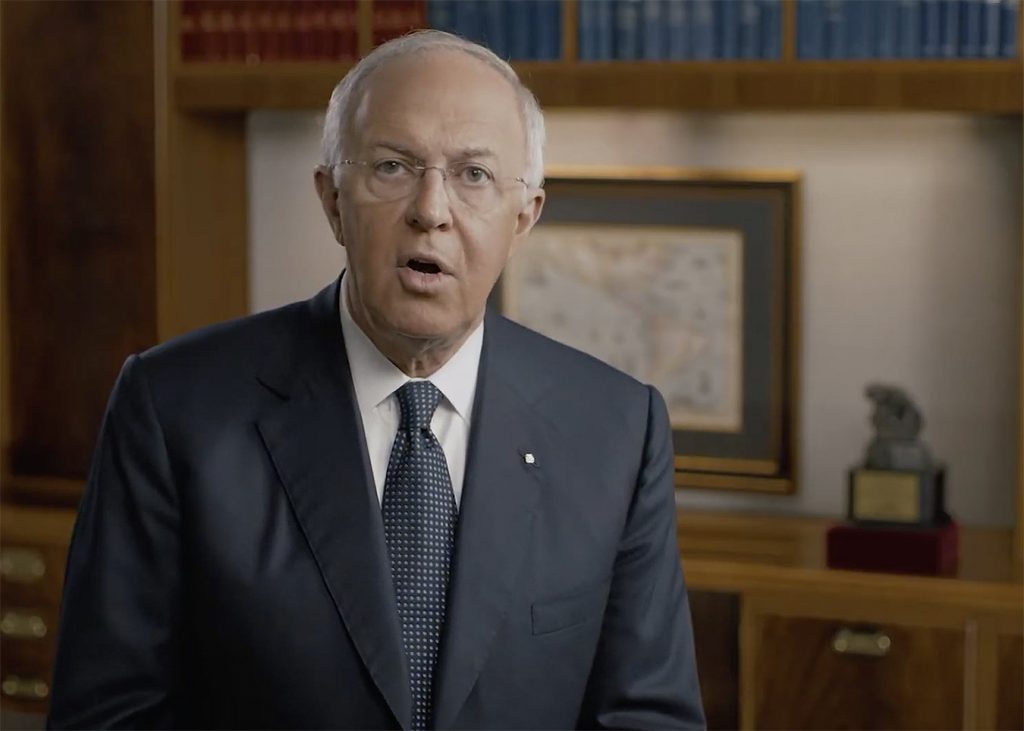 The Rose Dinner is one of several events held as part of the March for Life marking the anniversary of the U.S. Supreme Court’s 1973 Roe v. Wade decision legalizing abortion nationwide. This year, due to the ongoing pandemic and concerns about security in the nation’s capital, the march was mostly virtual; only a small group gathered on the National Mall and walked up to the U.S. Supreme Court.

In his remarks, Anderson said the Roe ruling is riddled with “falsehoods and misstatements of history,” and justice is possible only when laws are based on truth, he said

The high court said the “unborn child has never been recognized in law as a person in the whole sense” and then “went on to act as though the unborn child has no rights at all,” he said. “This approach is essentially incoherent. The fact that a human being’s age does not entitle him to all rights does not mean that he has no rights.

The more fundamental question, he said, is “what are the rights every human being is entitled to simply by the fact he is a human being with a human nature? The answer to that question is clear: We must all have the basic right to life — a right enumerated in the language of both the Fifth and Fourteenth amendments to our Constitution.”

The second great principle of the pro-life cause,” Anderson said, is the “insistence our governmental institutions must tell us the truth.”

“By denying what everyone knows to be true — that the unborn child is a living human being, Roe v. Wade rests upon the greatest legal falsehood since the court’s terrible decision upholding the fiction of ‘separate but equal’ racial segregation in Plessy v. Ferguson,” he explained.

While there are those who claim Roe is settled law, Anderson said that “no matter how entrenched, no matter its claim to stability, in America no unjust law is sustainable.”

He said the Rev. Martin Luther King Jr. was correct when he said the “arc of history may be long, but it bends toward justice.”

Regarding a commitment to democracy as the third foundational principle, the pro-life movement has made substantial progress, which has been “achieved through the exercise of our constitutional rights to peaceably assemble and to petition our elected officials.”

“We have confidence in our democratic institutions and that the executive, legislative and judicial branches will ultimately do what is right,” Anderson said.

He described “a consistent, strong consensus” that exists in the U.S. “to significantly restrict abortion.”

“To recognize this reality does not mean we advocate a majority may decide what is morally right or just,” he explained. “But it does mean that after nearly 50 years, Roe v. Wade and its supporters have failed to convince the American people that the decision is something other than ‘an exercise of raw judicial power,’” as Justice Byron White described Roe ruling.

White, a Democratic appointee to the court, and Justice William Rehnquist were the dissenters in the 7-2 ruling.

“There is something distinctly American about this care for a neighbor,” he said, and this “solidarity or accompaniment” is a “commitment to regard a stranger more like a neighbor and a neighbor more like a sister or brother. I have seen this so often in pro-life pregnancy counseling centers and in programs helping women suffering from post-abortion trauma.”

“A culture of compassion and love quietly permeates the pro-life cause. It is the wellspring from which all else flows,” he said.

From the beginning of the movement, pro-lifers know “we are on a lifetime’s journey,” Anderson said. Its direction does not bend or waver, though it may slow down he added. But in the end, our pro-life journey has a destination. And that, my friends, is victory.”