NAIROBI, Kenya (CNS) — After intense fighting cut off his ability to communicate with people outside his region, Bishop Tefaselassie Medhin of Adigrat, Ethiopia, called for urgent humanitarian assistance in the country’s semi-autonomous Tigray region.

Bishop Medhin had remained cut off from the rest of the Church, together with his priests and the religious — something that triggered concerns — amid the fighting in the region.

“The need for urgent humanitarian emergency response is vital to save millions of people in dire conditions,” Bishop Medhin said in a statement dated Jan. 5, but made public Jan. 14. “I call on the concerned bodies to coordinate and make all necessary efforts to respond to the pressing humanitarian needs to save millions of people in Tigray.” He added that many had fled to seek refuge in Sudan. 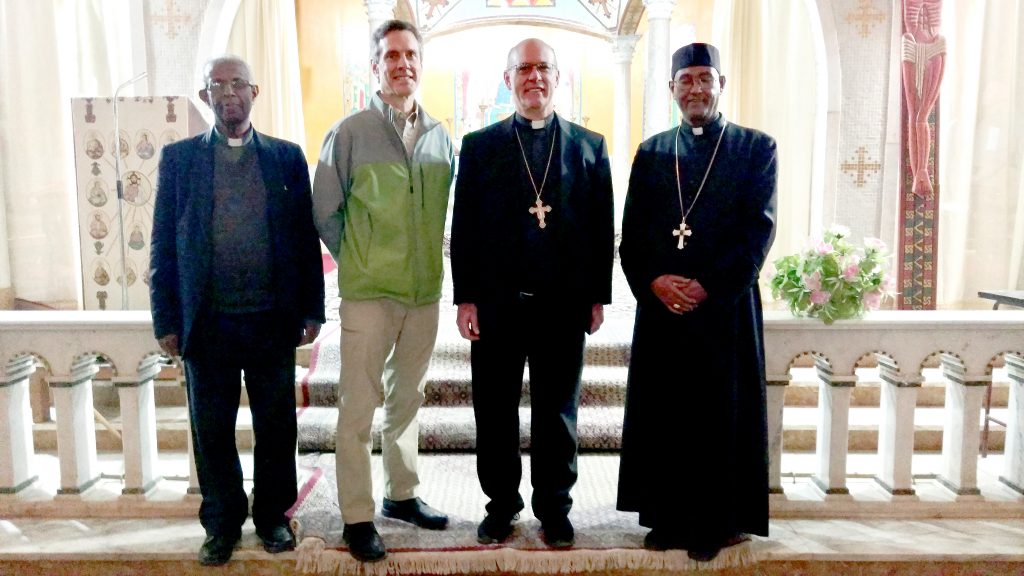 Provided by Bishop Kevin C. Rhoades
Bishop Rhoades was hosted during his visit by Bishop Tefaselassie Medhin of the Ethiopian Catholic Eparchy of Adigrat. This photo from the Cathedral of the Holy Savior in Adigrat includes Sean Callahan, CEO of Catholic Relief Services, Bishop Rhoades and Bishop Medhin, right.

Ethiopian President Abiy Ahmed Ali launched a military offensive against the Tigray People’s Liberation Front Nov. 4. He had accused the rebel forces of attacking a national army base in the regional capital, Mekele. On Nov. 28, he declared the war over after the army captured the city.

Since the government’s announcement of an end to the conflict, humanitarian response to people has been limited, with agencies reporting persistent insecurity and clashes between the army and the liberation front.

According to the bishop, the people, including Eritrean refugees, have run out of food items, basic life-saving medicines, water and have no access to essential services like shelter, electricity, banking, telephone or internet connection, transportation and health care.

“It is a daily reality to hear people dying due to the consequences of the fighting, lack of food, insulin and other basic medicines,” said Bishop Medhin, while explaining that millions of people — most of them women and children — are displaced from their homes because they fled to escape heavy artillery shelling and airstrikes. 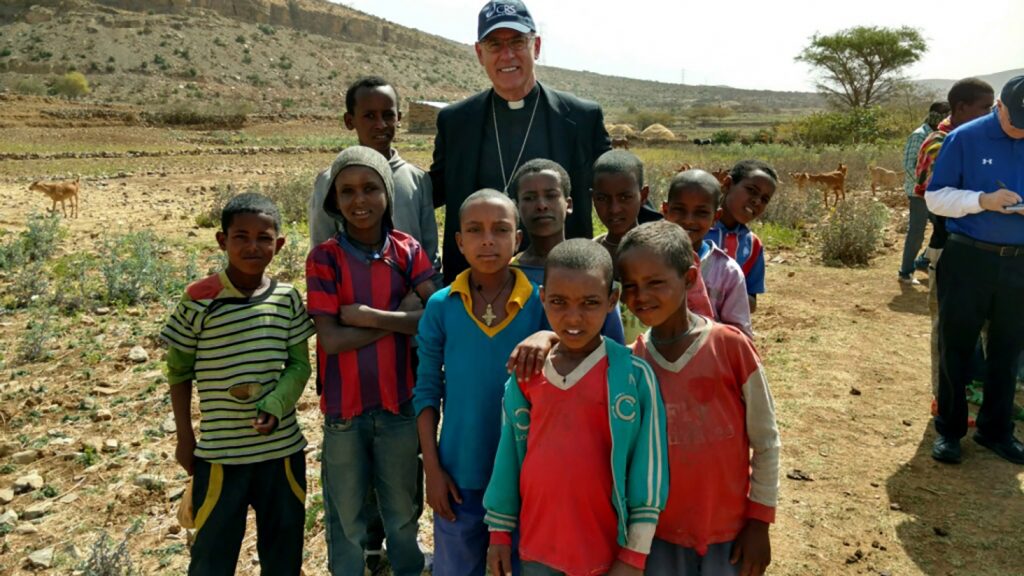 File photo
Bishop Kevin C. Rhoades visited the Tigray region of Ethiopia and met some of the children living there during a tour of Catholic Relief Services programs in 2018.

The bishop’s concerns came amid reports by the United Nations that nearly three months after the start of the conflict in Tigray, hundreds of thousands of people are yet to receive assistance.

The U.N. estimates that 2.3 million people in the region need lifesaving assistance. It said the situation is more critical for the newly displaced and refugees in camps, who remain inaccessible.

Ethiopians, who fled the ongoing fighting in the Tigray region, wait for relief aid at a camp in Kassala, Sudan, Dec. 16, 2020. (CNS photo/Mohamed Nureldin Abdallah, Reuters)

“Aid workers have been able to deliver assistance in some areas, mainly in cities, where access has been granted by authorities. However, the number of people reached is extremely low,” said a U.N. spokesman.

Catholic Church agencies — including Caritas and Catholic Relief Services — are moving humanitarian aid in the region.