VATICAN CITY (CNS) — Technology holds the potential to benefit all of humankind, but it also poses risky and unforeseen results, Pope Francis said.

The rapid evolution of increased technological capacities, for example with artificial intelligence and robotics, creates a “dangerous enchantment; instead of handing human life the tools that will improve care, there is the risk of handing life over to the logic of instruments,” he said Feb. 25.

“This inversion is destined to create ill-fated results — the machine is not limited to running by itself, but ends up running mankind,” the pope said. 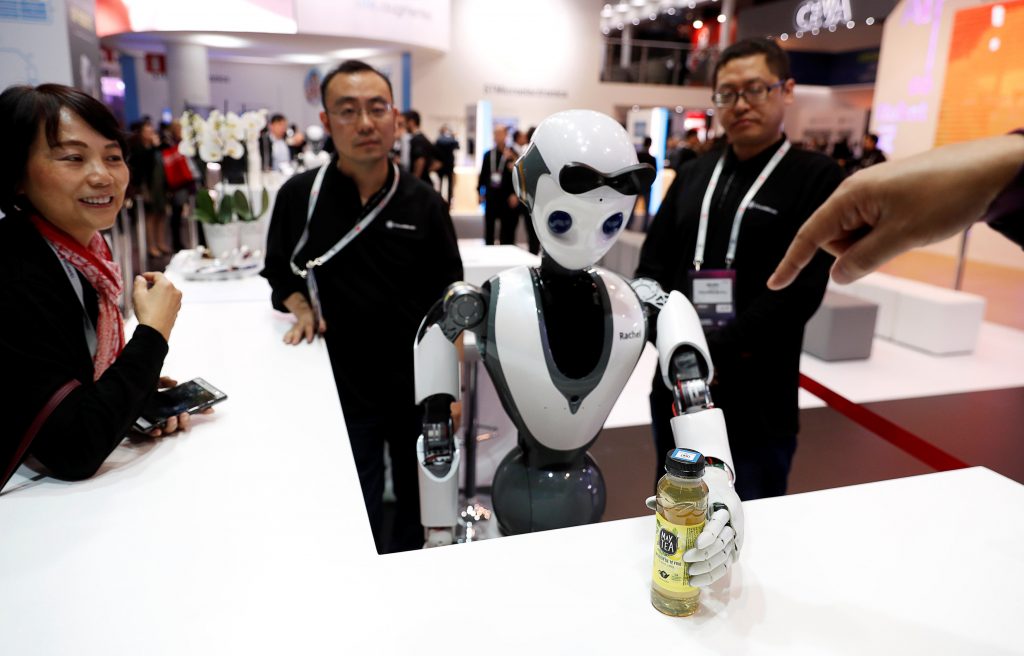 The CloudMinds XR-1 robot performs for visitors at the Mobile World Congress in Barcelona, Spain Feb. 25, 2019. Technology holds the potential to benefit all of humankind, but it also poses risky and unforeseen results, Pope Francis said. (CNS photo/Rafael Marchante, Reuters)

The pope made his remarks during an audience with members of the Pontifical Academy for Life and those taking part in its Feb. 25-27 plenary assembly, which included a two-day workshop on “Robo-ethics: Humans, Machines and Health.”

In his speech, the pope noted the “dramatic paradox” at work today: Just when humanity has developed the scientific and technological abilities to bring improved well-being more fairly and widely to everyone, instead there is increasing inequality and worsening conflict.

While grateful for research that has solved problems once thought insurmountable, new and more insidious complications and threats have emerged, he said.

The problem is when technology is pursued solely for mastering a whole new ability while neglecting technology’s true purpose and for whom it is meant, the pope said.

Technology should never be seen as a “foreign and hostile” force against humanity because it is a human invention — a product of human creativity and genius.

That is why technology should always be at the service of humanity and respectful of every human person’s dignity, he said.

The pope encouraged continued dialogue and contributions by people of faith in the quest for universally shared values and criteria to help guide technological research and development.

Having ethical guidelines can help leaders and those in positions of authority to make the right decisions and help protect human rights and the planet, he said.