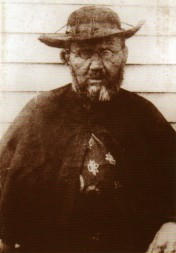 As Blessed Damien de Veuster of the Congregation of the Sacred Hearts of Jesus and Mary is elevated to sainthood on Oct. 11, it represents a significant event in Hawaii’s modern religious history. Only eight who served on American soil have been so honored by the Catholic Church.
Bishop Larry Silva of the Honolulu Diocese said, “It is upon us, thanks be to God,” a few minutes after hearing the news in Rome from Pope Benedict XVI himself. The event set into motion celebrations and ceremonies of thanksgiving across the Hawaiian Islands and a scramble to arrange pilgrimages to Rome and Belgium where Damien was born on Jan. 3, 1840.

When Bishop Silva returns from the canonization ceremony in Rome he will bring a relic— St. Damien’s right heel. The relic, along with a lock of his hair, will eventually be enshrined at the Cathedral of Our Lady of Peace in downtown Honolulu.

Joseph de Veuster was the son of Frans and Anne-Catherine, who raised their eight children in an atmosphere of simplicity and spirituality. It was presumed that young Joseph would someday take over the family farm. But after four of the de Veuster siblings chose to devote their lives to their church Joseph followed his brother Pamphile into the Congregation of the Sacred Hearts of Jesus and Mary. Damien was the name he chose.

Though not yet ordained Damien was assigned, at his request, to fill his brother Pamphile’s assignment as missionary on the Hawaiian Islands after he became ill. Two months after arriving in Hawaii in 1864, the young seminarian was ordained at the Cathedral of Our Lady of Peace, in Honolulu and was assigned to Puna, Hawaii. He served almost nine years there when on May 4, 1873, he accompanied Bishop Maigret to Wailuka, Maui to witness the consecration of a new church.

It was there that Father Damien learned of the plight of the inhabitants at the settlement of Kalaupapa, on the island of Molokai. He knew the people there suffered from leprosy, later named Hansen’s disease. These people had been taken from their homes and families and sent to a peninsula on the island of Molokai that was separated by steep cliffs.

Father Damien volunteered to work at the settlement with the understanding that others would relieve him in a few months. The young priest faced lawlessness and hopelessness, and lack of decent housing or care facilities. Though the living conditions were deplorable, he took the sacraments to the ill and anointed the dying.

Father Damien was a headstrong priest with a quick smile and a kind and tender heart. These qualities, as well as his practical nature and fluent command of the Hawaiian language enabled him  to earn a position of respect within community on the island.

For his first rectory, Father Damien used the shelter of a pandanus tree, beside the little church. He organized the lepers into the Christian Burial Association to provide a decent burial in the cemetery beside the church for each of the deceased.

After only eight days at the settlement, Father Damien requested that his bishop allow him to stay among the lepers. Living with the ravaged bodies of the people did not detour him from his primary concern of restoring dignity.

He taught the people to care for themselves, to farm, and play musical instruments and sing. He organized choirs, athletic games and constantly sought help from the Hawaiian government to assist with food, medical needs and building supplies. When he celebrated Mass, the blind, lame and disfigured gathered joyfully around him at the altar in St. Philomena’s Church.

After Father Damien became infected with leprosy, he continued to work relentlessly knowing his time to serve was limited. Father Louis-Lambert Conrady arrived to assist the ailing Father Damien. By that time, the Franciscan Sisters had come to Molokai to help care for the people.

Father Damien spent 16 years on Molokai until his death on April 15, 1889. Two months after his death, the Prince of Wales proposed the erection of a monument at the cemetery by St. Philomena’s Church where Father Damien was buried. In 1893, a large granite cross with a sculptured image of Father Damien was dedicated with the inscription, “Greater love hath no man than this. That a man lay down his life for his friends.”

In 1936, at the request of the Belgium government, Father Damien’s body was exhumed and returned to Belgium where it lies in a crypt at St. Joseph Chapel in Louvain, a national shrine operated by the Sacred Hearts Fathers.

For many years, a group of islanders dreamed of establishing the Damien Museum and Archives to acknowledge the heroic generosity of Father Damien. In 1977, shortly after Father Damien was declared venerable, a committee was formed to bring this dream to reality. Memorabilia and artifacts were collected not only in Hawaii but also from Father Damien’s native Belgium and the Archives at the Sacred Hearts Monastery in Kaimuki, Hawaii. The museum was located on St. Augustine by-the-sea Church grounds in Waikiki.

The peninsula of Kalaupapa is now a National Park, established by President Jimmy Carter in 1980, preserving the settlement for the education and inspiration for present and future generations. In 1987, “Friends of Father Damien” raised money for the restoration of St. Philomena’s Church that is part of the historic park.

In February 1996, a new shrine was dedicated to Blessed Damien. The bronze statuary of Damien is in St. Augustine’s Church, Waikiki. A reproduction of an icon by Robert Lentz of Father Damien was blessed in 1994 and is displayed at the church as well.