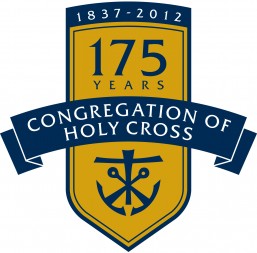 NOTRE DAME — For 175 years, the Congregation of Holy Cross has with missionary zeal met the spiritual and educational needs of people suffering from the upheavals of the French Revolution, the Catholic pioneers of the newly formed United States of America, and the field hands and factory workers of the Peruvian sugar farms.

On March 1, 2012, the United States Province of Priests and Brothers, joined Holy Cross’ 17 other provinces, vicariates and districts around the world in joyfully celebrating the 175th anniversary of the founding of the Congregation of Holy Cross.

“Our mission of making God known, loved and served in our education, parish and mission settings is the same today as the day we were founded,” said Holy Cross Father David T. Tyson, provincial superior of the U.S. Province. “Serving God’s people in the 21st century, and beyond, means as ‘men with hope to bring’ that we remain committed as vowed religious to giving witness to God’s mission, forming His citizens and building His Kingdom.”

The Congregation was formed when Holy Cross Father Basil Moreau joined his auxiliary priests with the Brothers of St. Joseph, founded by Father Jacques Dujarie. The signing of the Fundamental Act on March 1, 1837, formed a single association of priests and brothers to minister and rebuild the schools destroyed by the French Revolution.

Father Moreau named his new group “Congregatio a Sancta Cruce” (C.S.C.), which literally means “Congregation of Holy Cross” named for Sainte-Croix, the small French town outside Le Mans, France. Later, he would add a group of sisters, the Marianites of Holy Cross. The model for Moreau’s new family was the Holy Family. A religious community comprised of priests, brothers and sisters was a revolutionary concept at the time. He called on his new community to find hope in the cross of self-emptying love, to stand by others as the Mother of Sorrows stood by her son dying on the Cross, and to work together zealously as educators in faith. Mary, Our Lady of Sorrows, was established as the special patroness for the entire congregation.

Following the apostolic model and while his community was still young, Moreau sent missions to Algeria, Canada and Eastern Bengal to spread the Gospel. He also sent seven young men — six brothers and Holy Cross Father Edward Sorin — to the United States, where in 1842, they founded the University of Notre Dame in northern Indiana, along with area parishes.

This dedication to mission led to Pope Pius IX officially recognizing Moreau’s community as a religious congregation in 1857. However as part of its approval, the Holy See required that the Marianites become their own independent congregation. Today there are three groups of sisters — the Marianites of Holy Cross, the Sisters of Holy Cross, and the Sisters of the Holy Cross — who all trace their spiritual heritage and tradition back to Father Moreau.

Father Moreau died at the age of 73 on Jan. 20, 1873 in Le Mans, and is buried at the home of the Congregation’s Mother Church. On Sept. 15, 2007, Pope Benedict XVI beatified Father Moreau making him Blessed Basil Moreau.

Today 175 years later, the priests and brothers of Holy Cross continue to make Blessed Moreau’s vision a reality serving God’s people with zeal in their education, parish and mission settings around the world teaching by example, living side by side with those they serve in order to show how the Cross can be borne as a gift, “Ave Crux, Spes Unica” (“Hail the Cross our Only Hope”)!