WASHINGTON (CNS) — For the first time since 1974, when it first began, the message of the national March for Life to participants is: Stay home.

Like the satellite events connected to the annual National Mall rally and march to the Supreme Court, including the Rose Dinner, a youth conference and the Mass for Life, the rest of it will be online only.

March organizers had already hired a production company to make a livestreamed event possible in the wake of COVID-19 pandemic restrictions, and to enforce mask wearing and social distancing.

But the plan was still to have as large a live rally as could be arranged. Many of the bus caravans from the Midwest, long a staple of the event, were canceled last fall as a result of the pandemic, and the assault on the U.S. Capitol Jan. 6 and threats of subsequent violence by domestic terrorist groups, as reported by the FBI, made security impossible. 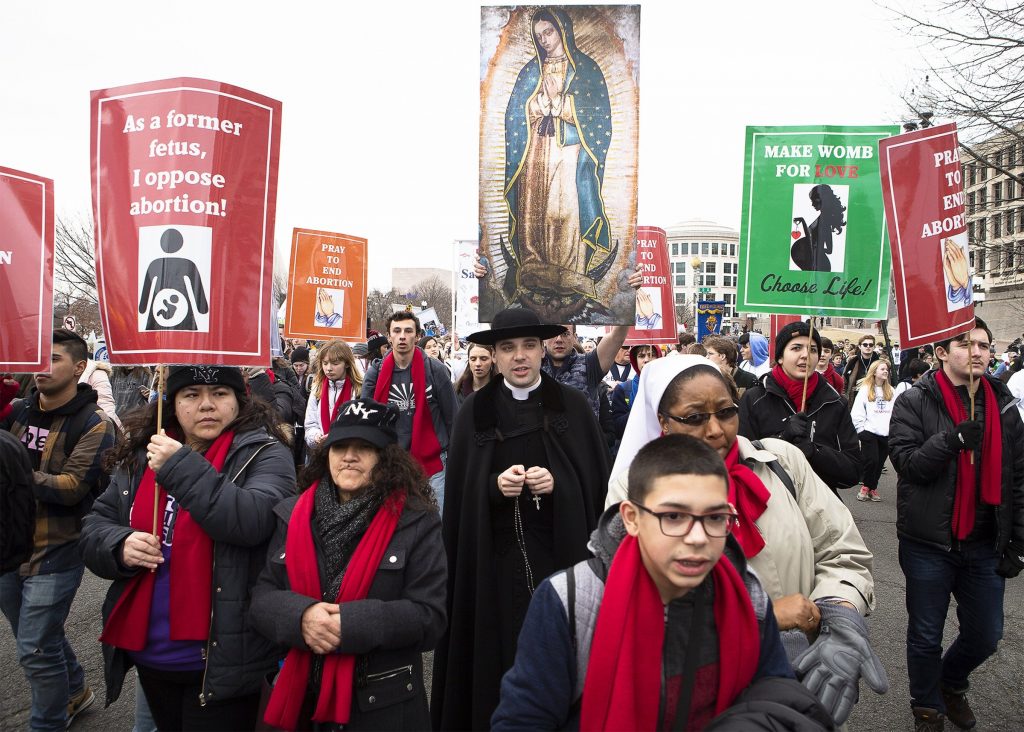 “The protection of all of those who participate in the annual March, as well as the many law enforcement personnel and others who work tirelessly each year to ensure a safe and peaceful event, is a top priority of the March for Life,” Jeanne Mancini, president of the March for Life Defense and Education Fund, said in a statement issued late Jan. 15.

“In light of the fact that we are in the midst of a pandemic which may be peaking, and in view of the heightened pressures that law enforcement officers and others are currently facing in and around the Capitol … the annual rally will take place virtually and we are asking all participants to stay home and to join the march virtually.”

There will still be a small in-person presence. “We will invite a small group of pro-life leaders from across the country to march this year,” Mancini said.

“These leaders will represent pro-life Americans everywhere who, each in their own unique ways, work to make abortion unthinkable and build a culture where every human life is valued and protected,” she added.

Marches in recent years had drawn at least 100,000 participants, and last year’s event, when President Donald Trump spoke at the rally, was believed to have had the largest attendance in its history. The smallest March for Life previous to this was in 1987 during a snowstorm, and drew an estimated 5,000.

The march is held on or near the anniversary of the Supreme Court’s 1973 Roe v. Wade decision, which legalized abortion on demand.

The National Park Service closed “core areas” of the National Mall Jan. 15. They will remain closed at least through Jan. 21.

Most marches and prayer vigils affiliated with the March for Life at state capitols are still planned, and some have already taken place. State marches have been postponed in Arkansas and Oregon, and an online alternative has been announced in Oregon.