St. Therese, Little Flower Parish, South Bend, hosted a healing service on Friday, June 14. Led by Father Andrew Curry, the evening consisted of praise and worship music, as well as reflections on Sacred Scripture,  ultimately culminating in the healing itself.

At this, praise and worship music filled the church. Parishioners began to praise God and invoke the Holy Spirit, before asking His intercession for healing in their lives. 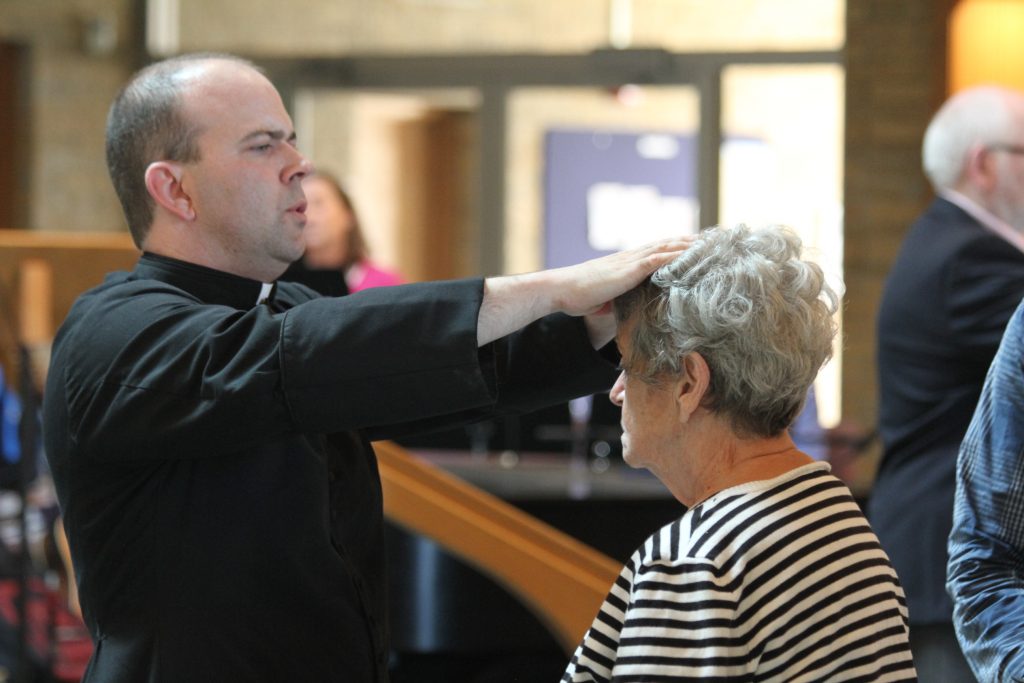 Father Curry led those gathered in reflections on Scripture passages from the Acts of the Apostles. He drew parallels between these readings, in which Paul and Barnabas healed a crippled man through the power of the Holy Spirit, and the present healing service. Demonstrating the idea that the healing service reflected the healing that occurred in the New Testament, Father Curry shared stories about miraculous healings that have taken place at similar healing services in the diocese.

About a healing service at St. Anthony de Padua Parish, South Bend, Father Curry said: “There was a guy there (who was) totally blind in his right eye. He called me and said that now he can see out of his right eye 50 percent.”

Another story of miraculous healing that he shared occurred even more suddenly. Only two weeks after he hosted a healing service at St. Elizabeth Ann Seton Parish, Fort Wayne, he ran into a girl who had been in attendance at the service. She told him that after the service, at which she had prayed for healing from infertility, she discovered she was pregnant.

“I was shocked,” said Father Curry. “There’s lots and lots of Holy Spirit power already happening. I’m going to be here to rejoice in it.”

He described a vital step in the healing process, telling participants that it’s essential to remove the obstacles that are preventing “God’s river” from flowing in them. To accomplish this, Father Curry asked the participants to ask God for forgiveness. Then he asked them to forgive others who have sinned against them. Step by step, he assisted the congregation in removing obstacles to receiving God’s grace. Finally, the congregation renounced a number of vices aloud, which prepared them to start the healing portion of the service 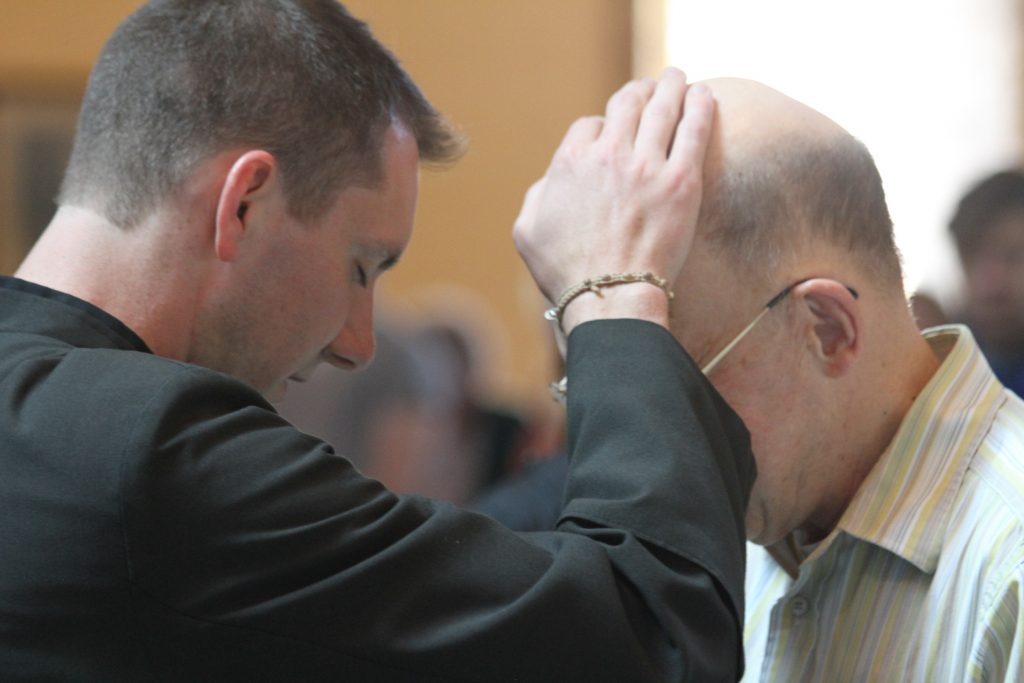 Four lines formed at the foot of the sanctuary, extending to the very last pew. Father Curry and Father Terrence Coonan Jr., as well as two lay individuals, began to pray over those gathered. One by one, parishioners stepped forward to be prayed over.

Mark Tilmer was among them. After feeling that he had experienced the power of the Holy Spirit, Tilmer fell unconscious. After waking he stood up, smiled and returned to his seat. When asked what it felt like experiencing the Holy Spirit in such an extraordinary way, the only words he could muster about the experience were, “very peaceful.”