WASHINGTON (CNS) — The chairmen of four U.S. bishops’ committees, joined by the leaders of several health care, bioethics and pro-life organizations, “urgently and respectfully” implored the commissioner of the U.S. Food and Drug Administration to ensure any vaccines developed for the coronavirus “are free from any connection to abortion.”

“To be clear, we strongly support efforts to develop an effective, safe, and widely available vaccine as quickly as possible,” the leaders said in an April 17 letter to Dr. Stephen M. Hahn, the FDA commissioner.

“However, we also strongly urge our federal government to ensure that fundamental moral principles are followed in the development of such vaccines, most importantly, the principle that human life is sacred and should never be exploited,” they said.

Copies of the letter were sent to President Donald Trump, Vice President Mike Pence and Health and Humans Services Secretary Alex M. Azar. The text of the letter was released late April 17 by the U.S. Conference of Catholic Bishops.

The chairman who signed it and their respective USCCB committees were: Archbishop Joseph F. Naumann of Kansas City, Kansas, Committee on Pro-Life Activities; Archbishop Paul S. Coakley of Oklahoma City, Domestic Justice and Human Development; Bishop Kevin C. Rhoades of Fort Wayne-South Bend, Indiana, Committee on Doctrine; and Bishop John F. Doerfler of Marquette, Michigan, the Subcommittee on Health Care Issues, which is a subcommittee of the doctrine committee.

“We are aware that, among the dozens of vaccines currently in development, some are being produced using old cell lines that were created from the cells of aborted babies,” they said.

They noted that, for example, Janssen Pharmaceuticals, Inc. has a substantial contract from HHS and “is working on a vaccine that is being produced using one of these ethically problematic cell lines.”

Other vaccines such as those being developed by Sanofi Pasteur, Inovio and the John Paul II Medical Research Institute “utilize cell lines not connected to unethical procedures and methods.”

“It is critically important that Americans have access to a vaccine that is produced ethically: No American should be forced to choose between being vaccinated against this potentially deadly virus and violating his or her conscience,” the group said.

“Fortunately, there is no need to use ethically problematic cell lines to produce a COVID vaccine, or any vaccine, as other cell lines or processes that do not involve cells from abortions are available and are regularly being used to produce other vaccines,” they said. 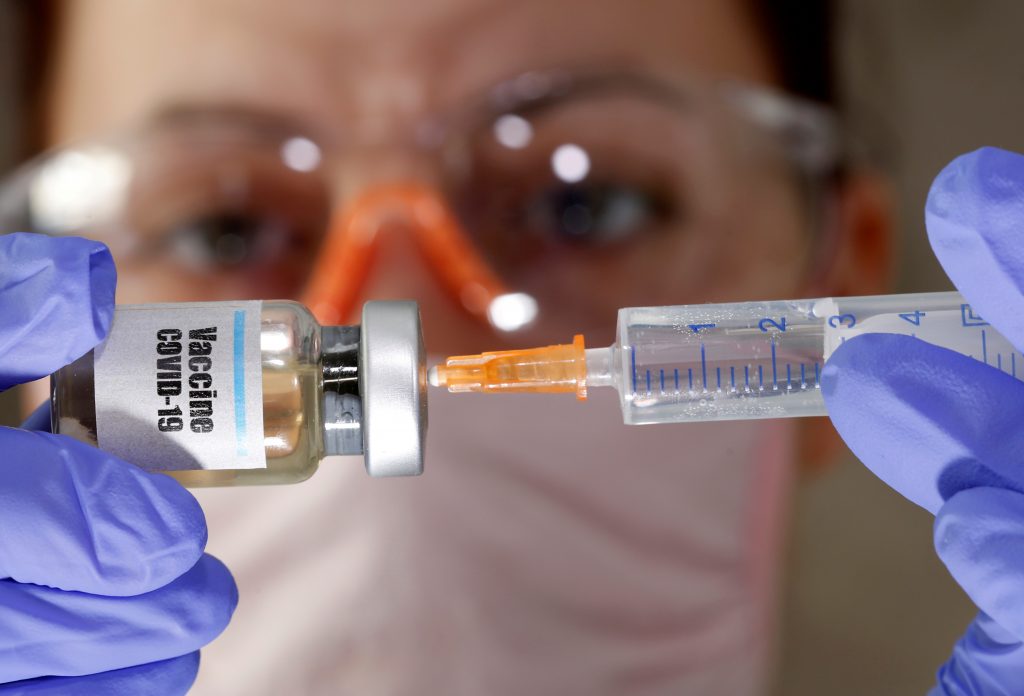 The group told Hahn: “We urgently and respectfully implore you to not only ensure that Americans will have access to a COVID vaccine that is free of ethical concerns, but to encourage and incentivize pharmaceutical companies to use only ethical cell lines or processes for producing vaccines.”

On April 6 a group of about a dozen Democrats in Congress sent a letter to Azar urging the Trump administration to lift restrictions on research that uses human fetal tissue for potential treatment for COVID-19. They argued that allowing fetal tissue in such studies could lead more quickly to a treatment.

On June 5 the U.S. Department of Health and Human Services banned the National Institutes of Health from using human fetal stem cells from electively aborted babies for government funded research. The department also issued a $20 million grant for research to develop models that do not rely on human fetal tissue.

Editor’s Note: The full text of the letter with all the signatories can be found online at http://usccb.org/about/pro-life-activities/index.cfm.