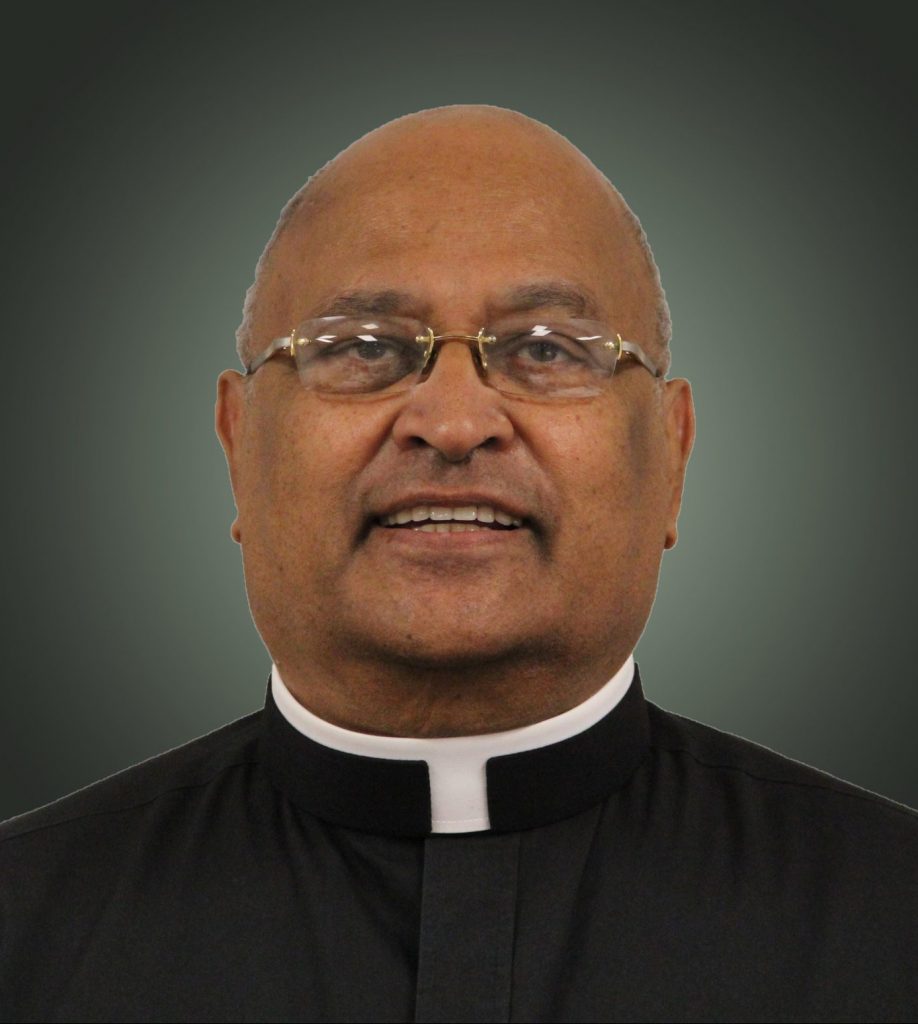 Perhaps it’s not too surprising that a boy for whom St. Teresa of Kolkata babysat wound up being ordained a priest 50 years ago, at age 25.

After study and formation in his native India and in Rome, Father Derrick Sneyd came to Indiana to pursue a counseling degree at Indiana University. He wound up staying for 44 years, serving under four bishops. For the first 10 years, he lived with “a tremendous help and example, a kind man, a princely priest,” as he called Msgr. John Sabo, pastor at Our Lady of Hungary in South Bend during that time.

He served in the diocesan marriage tribunal and also put his theological education and counseling skills to work at Marian High School. Over the years he has been pastor at St. Stanislaus Kostka Parish, New Carlisle; St. Thomas the Apostle Parish, Elkhart; St. John the Baptist Parish, New Haven; St. Monica Parish, Mishawaka; and St. Jude and St. Anthony de Padua parishes in South Bend. He retired in 2016, when he left administrative responsibilities at Immaculate Conception Parish in Auburn for a warmer climate. He now serves as senior parochial vicar at Blessed Sacrament Parish in Charleston, South Carolina.

Although he grew up in India, Father Sneyd’s mother, Gladys, was Irish, so English was his first language. Gladys knew Mother Teresa, and the two used to tease each other about who was older, since only a few months separated their birth dates. When she wanted to go shopping in Kolkata, his widowed mother sometimes dropped Derrick off with Mother Teresa for a little while. Of course, that’s now a cherished memory.

As a preschooler, Father Sneyd remembered, he would drape a bedsheet over his shoulders and make his two sisters keep silent while he said “Mass” in imitation Latin. He received his first Communion at age 6 and soon became an altar server, but he didn’t apply to enter seminary until his senior year in high school. Following ordination, he became secretary to Archbishop Eugene D’Souza, MSFS, of the Diocese of Bhopal, India. The archbishop helped the new priest discern an aptitude for counseling, which brought him to Indiana. Other than frequent visits to his family in India, he never looked back.

Celebrating Mass with carefully prepared homilies and hidden moments of ministry to individuals are highlights of his ministry. “My greatest blessing as a priest is to experience how the Lord uses us as His instruments at times like these. The Lord has the greater job at this. He does His thing and does it well, and He asks us to fill in little details now and then,” explained Father Sneyd.

He’s always put his heart into every assignment, doing the best he can with the gifts the Lord has given him.

As a younger man, Father Sneyd played percussion instruments and sports such as soccer, cricket, racquetball and field hockey. He still enjoys singing, reading and cooking. His all-time favorite trip was to Switzerland, but he has traveled all over the world, especially back when his mother was able to “hop a plane at the drop of a hat.” His cheerful disposition makes him a good friend, others say, and medical appointments bring him back to Indiana often enough to keep up with friends and former co-workers.

“I’ve learned from my mistakes, brushed off the dust and continued the race,” Father Sneyd said of his 50 years of ministry, adding that he’ll never forget what Msgr. Sabo told him years ago: “What matters most is what is in the mind of God. All else fades away.”

Plans for commemorating Father Sneyd’s Oct. 18, 1970, ordination are up in the air at this time.