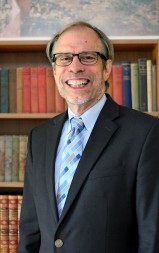 “Greg brings a remarkable combination of management expertise, journalism skills and demonstrated service to the church at the national and international level. I am confident he will prove to be an important resource to clients of CNS,” Msgr. Bransfield said in a statement.

Erlandson, 62, stepped down from his position at OSV in Huntington after nearly 27 years with the company. He was named OSV editor in 1989 and was promoted to editor-in-chief of its editorial operations in 1992. He was named president and publisher in 2000.

“CNS is one of the gifts of the U.S. Church to the rest of the Catholic world,” Erlandson said in response to an email. “It is an honor to follow in the footsteps of so many great directors of the news service, and I am humbled by the opportunity to join our colleagues at the bishops’ conference in serving our fellow Catholics.”

“Catholic News Service has for decades been the backbone of the Catholic press,” he told CNS. “It has enabled diocesan media to have a dependable source of national and international news, of great columnists and great features. It has also provided timely and trustworthy reporting to a wide variety of Catholic publications and organizations as well as to bishops and communicators around the world.”

Erlandson worked for CNS from 1986 to 1989. After a brief time in the Washington office he worked at the CNS Rome bureau, until he left to become editor at OSV.

Since he was with CNS, the organization’s offices in the USCCB headquarters have moved to a different part of Washington and added new staff members and new resources, such as video and social media, as well as new challenges, he said. “So this feels a tiny bit like coming home, and a whole lot like a brand new opportunity.”

Erlandson studied journalism at the Graduate School of Journalism of the University of California at Berkeley. He received bachelor’s and master’s degrees in English literature from Loyola Marymount University in Los Angeles. Early in his career, he was editor of the National Catholic Register.

Over the years, Erlandson has had an active role as an advocate for the Catholic press. He served as president of Catholic Press Association of the United States and Canada from 2011 to 2013, and continued on the organization’s board after his term.

In June, he received the Bishop John England Award from the CPA during the Catholic Media Conference in St. Louis. In February, he was inducted into the Association of Catholic Publishers Hall of Fame for lifetime achievement. In 2015 he received the St. Francis de Sales Award, the CPA’s highest honor.

He and his wife, Corine Bischetti Erlandson, have four children.