“Ave Crux Spes Unica” is the motto of Saint Mary’s College. In Latin, it means “Hail to the Cross, our only hope.” This phrase remembers the school’s Holy Cross roots and the sacrifices made by its early founders, who came to the growing area of north-central Indiana with little more than a vision of a school for girls.

This year marks the 175th anniversary of Saint Mary’s College in Notre Dame, Indiana. The decades have brought changes, yet Saint Mary’s has remained steadfast in the Holy Cross sisters’ mission of educating young women and aiding them along their spiritual journeys. 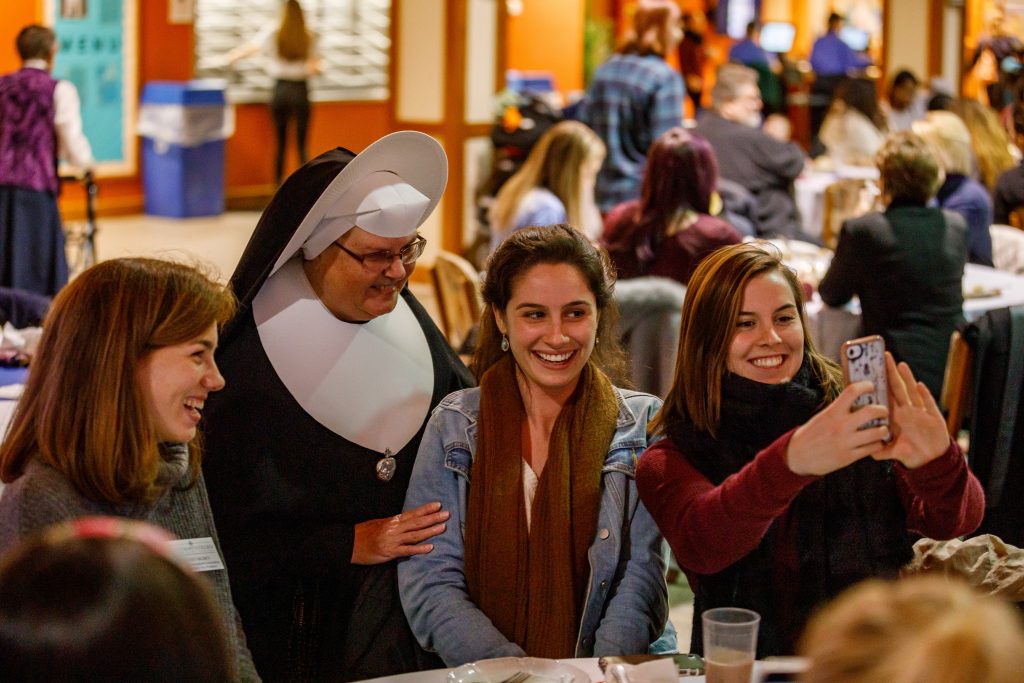 The successes of the school’s past and present prompted a yearlong celebration of events to commemorate this milestone.

In 1844, Holy Cross Father Edward Sorin requested that religious sisters be sent to the Indiana wilderness to possibly start a girls’ school of higher education that would complement the newly founded, all-male Notre Dame College. Four brave sisters responded, making a 40-day journey from France to northern Indiana and establishing a school in Bertrand, Michigan. The school was moved to Notre Dame in 1855 and named Saint Mary’s Academy. It was the first female college in the Great Lakes region. For over 100 years, the college continued to be run by the Sisters of the Holy Cross.

Though she was not the first president nor the longest-tenured, Sister Madeleva Wolff left a lasting impact on the college, one that is felt to this day. She was known as a poet as well as a proponent of education. It has been 85 years since she took office as president and more than 30 years since the inception of the lecture series in her honor. Also during her time as president, Sister Madeleva established the School of Sacred Theology, the Department of Nursing Education and the Moreau Center for the Arts.

In 1943, when the School of Sacred Theology was founded, it was the first college in the nation to offer a graduate program in theology to women. From this program came some of the first female theologians in the United States. 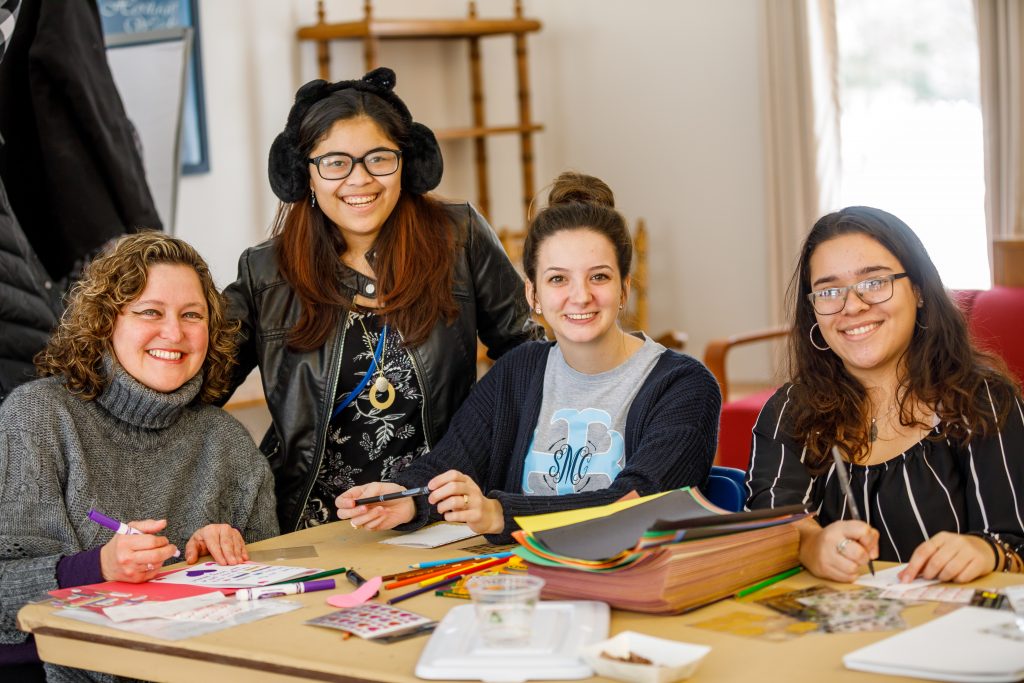 Saint Mary’s has maintained its status as a women’s college, even when proposals were made in the 1970s to merge with Notre Dame. Instead, Saint Mary’s continues to focus on empowering women and encouraging their growth as individuals, as well as building a strong connection with other alumnae. There are multiple opportunities for coed social activities with the University of Notre Dame, however, and male students are admitted to the Saint Mary’s College master’s and doctorate programs.

Looking to the future

Interim President Dr. Nancy Nekvasil has laid out her vision for the future of Saint Mary’s. It includes remaining true to the school’s Holy Cross roots while focusing on the needs of 21st century students. The school intends to remain a Catholic, liberal arts, residential women’s college. According to the Saint Mary’s Strategic Priorities document, some of its efforts in the near future will be to “identify and recruit a broader spectrum of students who will excel in the undergraduate and graduate programs,” help students find ways to afford their tuition, and break down barriers to education and study-abroad programs. It’s also looking to improve retention rates and increase “student-faculty scholarly and creative activity and research.”

Saint Mary’s continues to provide a welcoming environment for a diverse student population and is committed to supporting students in times of need. 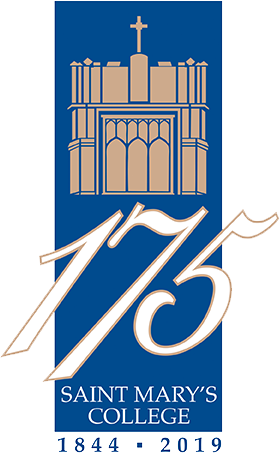 The kickoff took place Jan. 20, incorporating three yearly Saint Mary’s events: Saint Mary’s Serves, the Blessed Basil Moreau Mass and the Moreau Dinner. All of the events were well-attended by students and faculty. 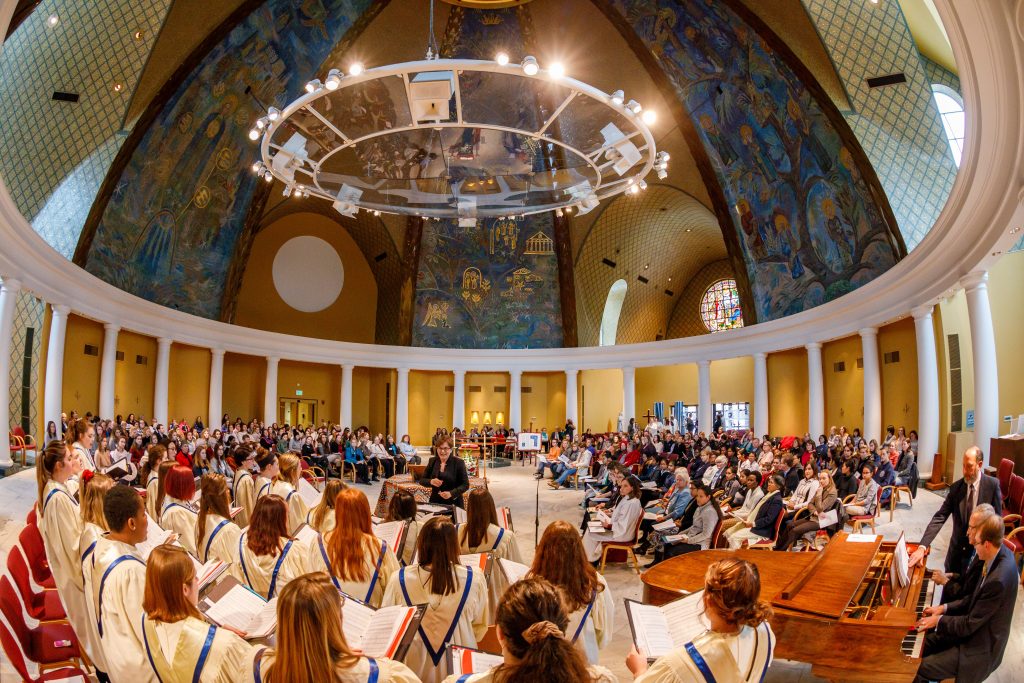 Four choirs and an ensemble orchestra will perform at the annual “Lessons and Carols” celebration in the Dec. 15, 7 p.m., at the Church of Our Lady of Loretto, bringing the 175th anniversary to a beautiful close.

As Saint Mary’s is strongly committed to the greater good of the community and the world, the yearly Saint Mary’s Serves marked the beginning of celebration. The communitywide event that takes place on campus brings together students, staff and their families, along with local residents to perform acts of service. This year, 32 memory books were created for the Sisters of the Holy Cross for dementia and Alzheimer’s patients; more than 40 fleece blankets and 120 scarves were made for the Sister Maura Brannick Health Center and St. Margaret’s House, both of which serve the health and material needs of the poor in South Bend; and 50 hygiene kits were put together for La Casa de Amistad clients.

The Mass is celebrated each year on Blessed Moreau’s feast day, because he founded the Holy Cross congregations and sent Father Edward Sorin to South Bend to found Notre Dame. It was followed by the dinner.

On March 25, the School of Sacred Theology, celebrating its 35th anniversary as well as the school’s 175th, hosted a dinner and special lecture. During the dinner, Dr. Keith J. Egan was honored as founding director of the center and Sister Mary Ellen Vaughn gave a testimony about her experience as a student. The guest speaker for the evening was Dr. Sandra Yocum, former associate professor at Saint Mary’s and now associate professor of religious studies at the University of Dayton. Her talk was titled “A School of Their Own: Saint Mary’s Graduate School of Sacred Theology: 1943-1969.”

Sept. 8 saw a one-time ecumenical festival of hymns honoring Mary titled “Mary, Bearer of the Eternal Word.” It featured Marian hymns from different Christian denominations and reflections on Mary’s importance in salvation history as the Christ-bearer. As namesake of the college, this festival explored the role of Mary in an interdenominational way, combining the honor Catholics give to her with the Protestant hymn festival. “In that way, it celebrated ecumenical unity and a vision for the next 175 years,” said Regina Wilson, director of campus ministry.

During the “Walk in Time” tour later in September, participants were invited to enjoy the beautiful 100 acres of campus while learning about its rich history. Intended as a pilgrimage, groups of participants stopped at several stations around campus, including the Chapel of Loretto and Our Lady of Peace Cemetery, to hear presentations. They also stopped at Bertrand Hall, the first home of the school and other locations. Sister Madeleva herself had found joy in such walks, often cutting and carrying walking sticks she found around campus. 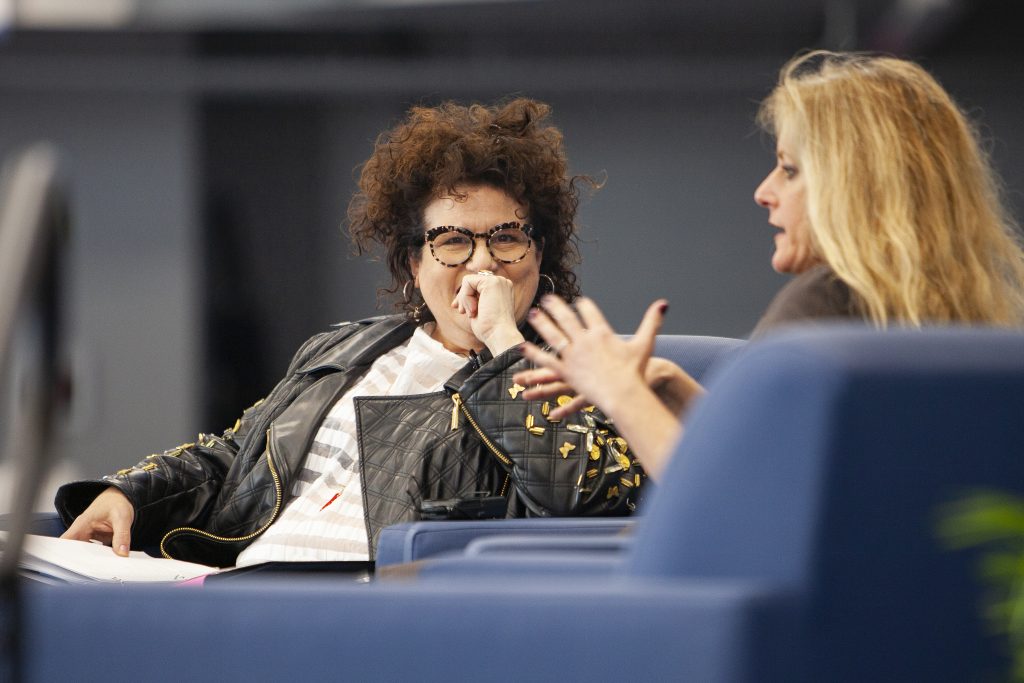 A national literary festival took place in November, hosted by alumna and best-selling author Adriana Trigiani. It brought 11 authors to campus. The two-day event also attracted approximately 350 attendees, who had the opportunity to listen to and engage with the writers of various genres. The inspiration for the event was to honor Sister Madeleva’s commitment to bringing artists and writers to the college.

The festivities will end Dec. 15 with “Lessons and Carols,” combining sacred song and Scripture focused on the Advent season. Four choirs will perform at the Church of Our Lady of Loretto on that evening: Saint Mary’s Women’s Choir, the Collegiate Choir, the Loretto Choir and the Liturgical Choir, along with the Moreau Chamber Ensemble. While “Lessons and Carols” is an annual event, this year it will include a Christmas poem written by Sister Madeleva titled “The Dark is Shattered,” which will be sung by the Saint Mary’s College choir. It has been set to music by Andrea Ramsey, guest conductor from Kansas City. David Eicher of the Saint Mary’s music department said the choir is very enthusiastic about this beautiful composition.

The evening, which begins at 7 p.m. also will feature readings from various periods in Saint Mary’s history, as well as two poems in the spirit of the season written by alumnae. Besides the choral performances there will be carols for all to sing; and rounding out the evening, “Silent Night” will be sung by candlelight.

This year, “Lessons and Carols” will serve as a bridge between the history and the future of Saint Mary’s. A reception will follow, in honor of the anniversary.

“Advent invites us to enter time in which the past, the present and the future all come together and are presented to us as eternal time, as time where God is and has always been present revealing God’s self as time-less…” said Fean. “We do not go forward alone, but with all those who have been part of Saint Mary’s College, in all times. It seems only appropriate to celebrate the closing of Saint Mary’s yearlong celebration of our 175th during this holy season of Advent, to continue to prepare us for the times ahead.”