While many fathers spend Father’s Day grilling or relaxing, numerous Catholic men from the diocese chose to spend their day in worship of the heavenly Father, pushing strollers or carrying their children in their arms, in baby carriers and on their shoulders at the Eucharistic Procession in Warsaw. By their example, these men led their families in honoring Jesus in the Eucharist.

One of the fathers at the procession, Bob Keefer, parishioner at St. Vincent de Paul Parish in Fort Wayne, spoke about the importance of spending the day with Jesus and other Catholics from around the diocese, even on Father’s Day. “I wanted to be there with my children in order to help our Bishop and priests publicly witness to the reality of Christ’s True Presence in the Eucharist. I view it as a special gift for Father’s Day,” he said. 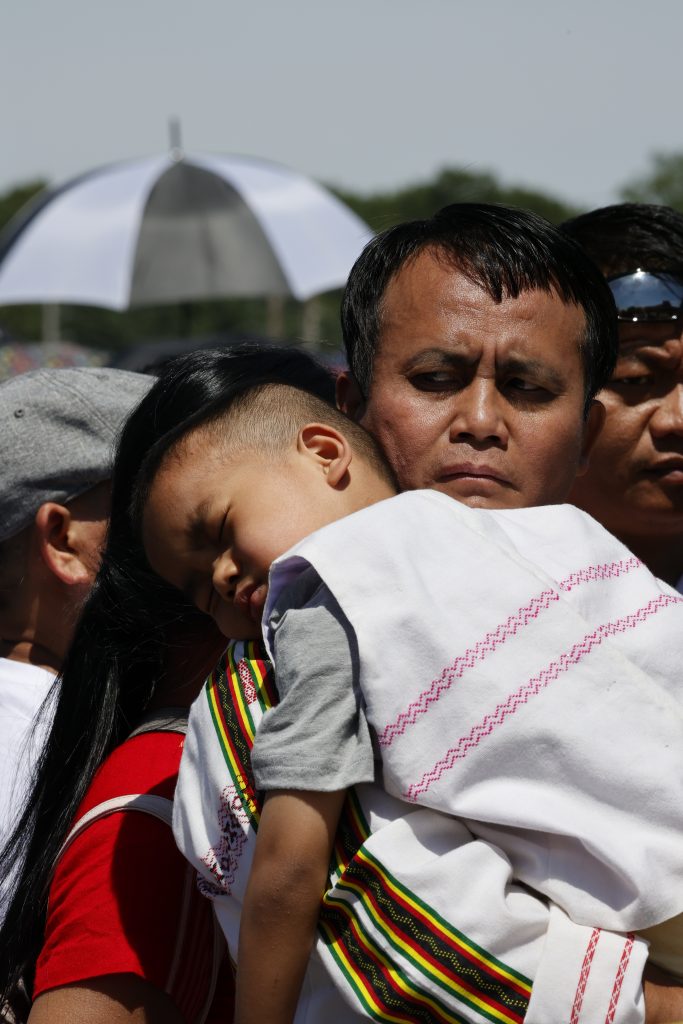 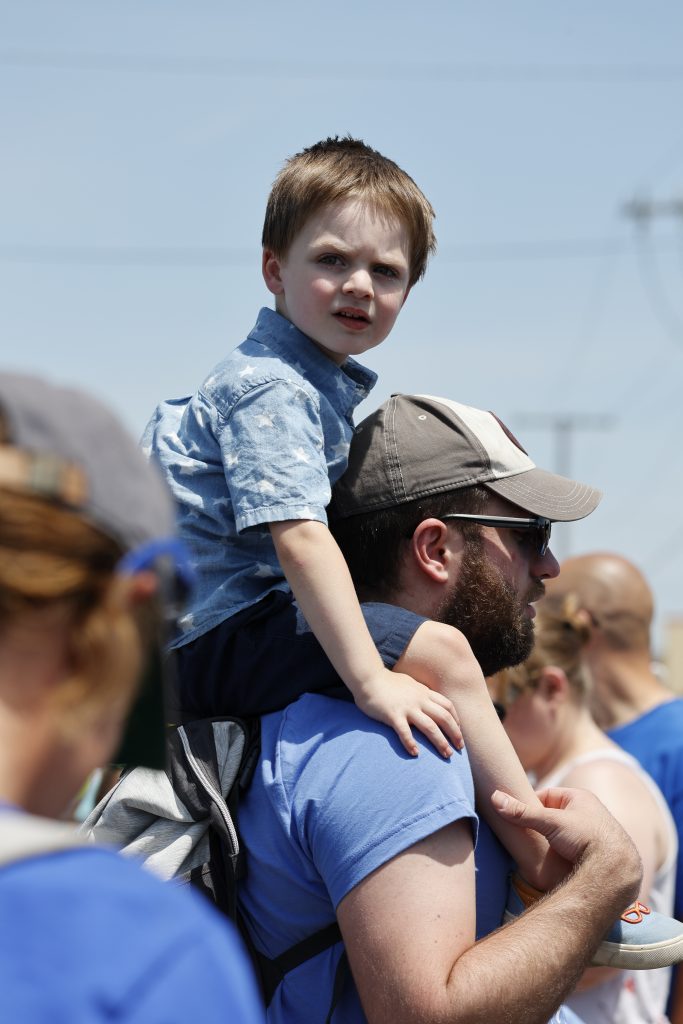 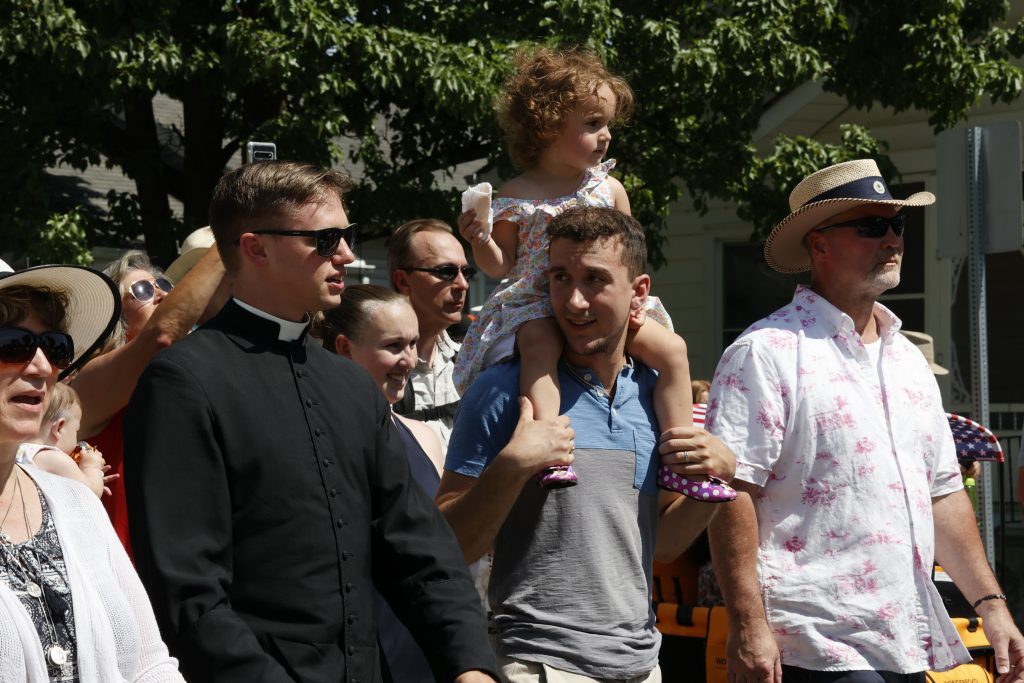 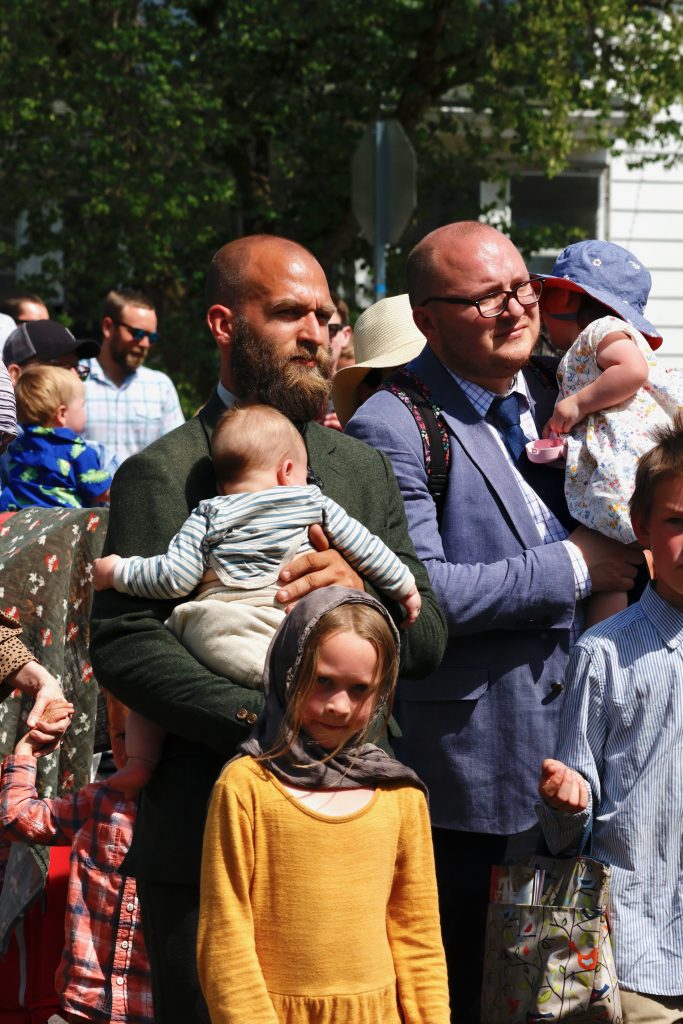 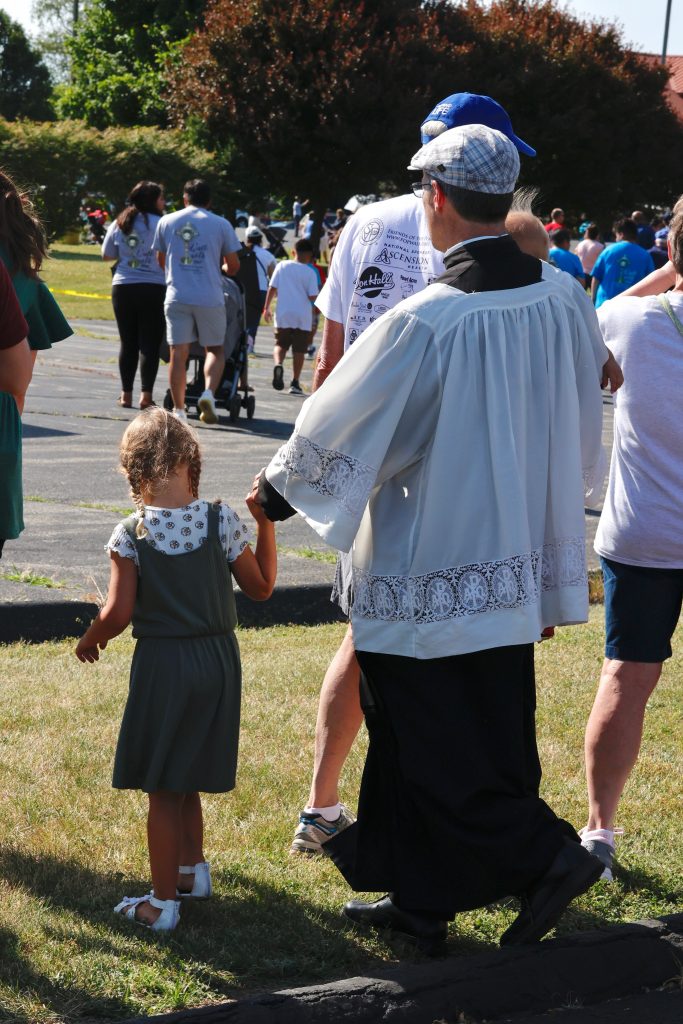 “The only other eucharistic processions we’ve been a part of have been on the parish level. Since we had this rare opportunity to be a part of a diocesan procession, we wanted to take advantage of it. The Holy Spirit can use events like this in ways we can’t even imagine so I wanted to cooperate with that grace. Perhaps someday in the future, my children will remember being here and it will help them on their spiritual journeys.”

Communion with other fathers was an important aspect of his Father’s Day as well. “It was also a good opportunity to reconnect with old friends as well as meet new people along the route,” he added.

Spiritual fathers came as well, with many priests walking alongside their parish families. Among the many priests was Father Stephen Lacroix, CSC, who made part of the pilgrimage with a large group of parishioners from Christ the King Parish in South Bend. He spoke of the “spirit of reverence and joy as we let Christ lead us through the streets.”

He, too, saw the significance of the chosen day in regards to fatherhood, saying, “As a priest, it seemed providential that the procession took place on Father’s Day, since celebrating the Eucharist is a big part of how we priests exercise our spiritual fatherhood. It was a humbling reminder of how God uses His priests to feed His people with His own Body and Blood.”

Spending time with his parishioners gave him a glimpse of the impact the procession had on his spiritual children. “I could tell that this was a meaningful experience for my parishioners who came. Even those who had been part of a eucharistic procession before had never seen one on this scale before, with thousands of people participating. It really gave us a sense that the Eucharist joins us together as part of something much bigger than our individual parish.”