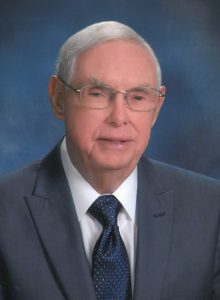 The Father Solanus Casey Vocation Society is an organization whose purpose is to promote vocations within the Diocese of Fort Wayne-South Bend and provide support for the vocations director. Members of the organization can be found providing the labor behind the annual Andrew Dinners for men who are discerning a call to the seminary, summer picnic and Christmas dinner for diocesan seminarians and dinner for religious sisters. The Father Solanus Casey Vocation Society also sponsors an hour of prayer for vocations, the Little Flower Holy Hour at St. Mother Theodore Guerin Chapel in Fort Wayne.

In early 1988, Evans said, Today’s Catholic ran an ad for people wanting to work for the diocese in fostering vocations. He answered the ad, met with a representative from the then-Serra Club and quickly learned he knew many people who were already involved. He joined the club, served at the club’s Mass the first Friday of that month and was hooked.

Evans kept his commitment to vocations through the years, even when his son became ill and he withdrew from all else. While he might have put a few activities back on his plate now, he joked that “Someday, I just might die serving Mass.”

Evans currently serves the society as one of two people who schedule servers for the St. Mother Theodore Guerin Chapel. He said he has served in all offices of the organization over the years. When complimented on his versatility in answering the call to serve in any needed capacity, the former attorney humorously replied that he had done so “because when there was a vacancy in an office, I wasn’t quick enough or smart enough to say ‘No.’”

In addition to the Little Flower Holy Hour Masses that the society supports, in the early years, the club’s own Masses were celebrated at the Cathedral of the Immaculate Conception. Today they are said at St. Joseph Hospital in Fort Wayne on the first Friday of every month at 11:30 a.m. A luncheon is provided after Mass, with a presentation given by a priest, deacon or other member of the Catholic community. All are welcome to attend.