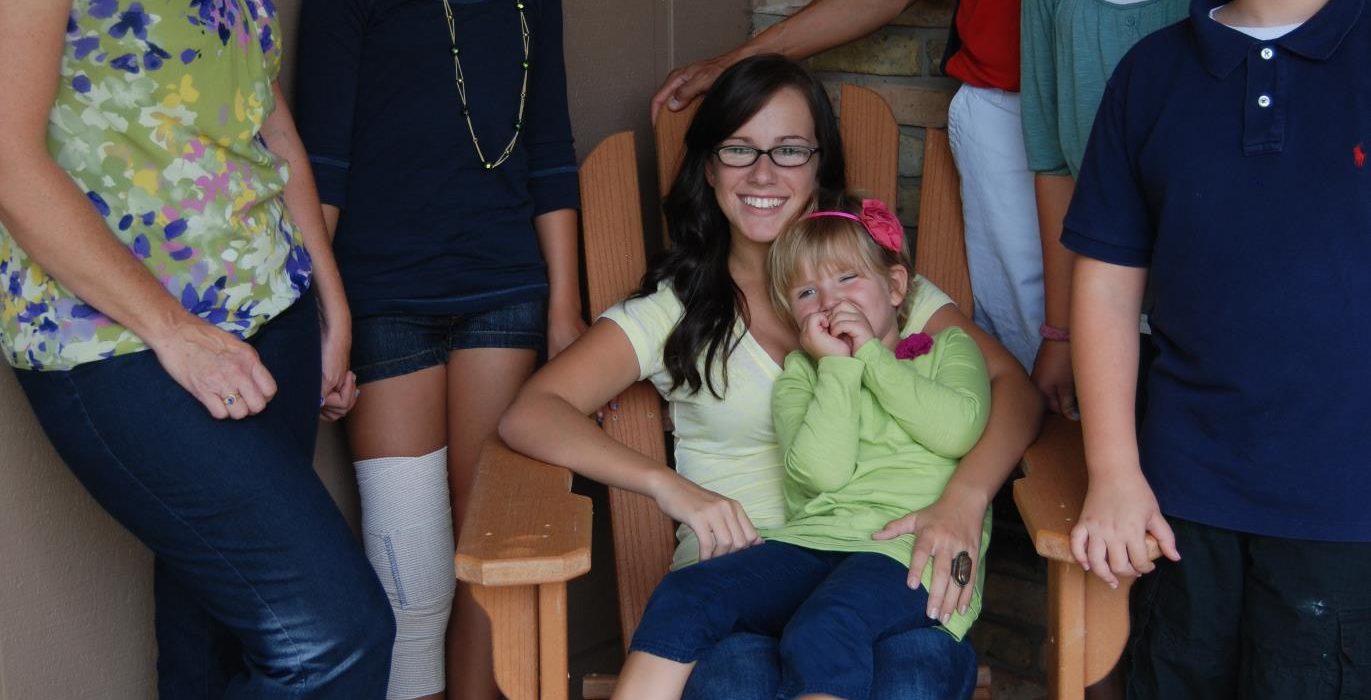 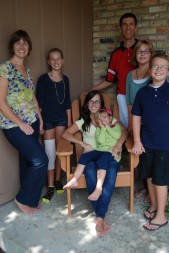 FORT WAYNE — As the youngest of eight children herself, Ruth Beier knows well what it means to navigate the challenging but joy-filled tides of parenting her own five children. Beier and husband Steve work tirelessly to create a safe and happy Catholic home for their children who range in age from five to 16.

Her Catholic faith has been the hallmark of Beier’s formation as wife and mother. What began as “zealous” in her youth as she first joyfully received the sacraments, has deepened into the very center of her life. She revels in passing the faith to her children as they regularly participate in the sacraments at their home parish, St. Elizabeth Ann Seton in Fort Wayne, as well as serving the Church community together in various ways.

As a parent Beier holds fast to faith in God in everything she does. “My faith is the center of how I parent. It is underneath everything that I am trying to do with my kids,” she says. And that translates not only to home and church life but to education as well. Beier explains, “… the reason we are homeschooling is because we want our kids to know and embrace their faith,” she says.

With confidence in God as the forefront of her life, Beier admits her enduring faith had been put to the test when a serious health crisis arose involving Anna, her middle child. When her agile 12 year old began to limp from leg pain last summer, Beier knew it was due to more than growing pains or athletic muscle strain from tennis or swim practices. After undergoing myriad medical tests from X-rays to bone scans, the family was sent reeling with the daunting diagnostic news.

“It was at Riley that our fears were confirmed that Anna had osteosarcoma,” recalls Beier. Following the diagnosis Anna was scheduled for months of chemotherapy and the Beiers struggled to take in the news.

“This mountain that we were about to climb seemed very scary and steep. I was completely crushed by the weight of it. I have never in all my life seen so much pain in my husband’s eyes. It was hard to see,” says Beier.

Despite the fear she felt for the future it immediately became apparent to the faith-filled mom that it was time to rally her prayer warriors, both on earth and in heaven. She says, “Immediately after Anna was diagnosed I did a search of ‘osteosarcoma saint’ and found Blessed Chiara Luce. As I researched her life I discovered that she and Anna have a lot in common. I decided right away that she was our saint.”

Prayer cards with Anna’s picture and a healing petition to Blessed Chiara Luce were printed and passed out for prayer support while Anna underwent several rounds of chemotherapy in Fort Wayne and Indianapolis, in addition to surgery to remove the portion of her femur in which the tumor grew, and replace her knee.

The use of technology was an inspiration for Beier as she began to post Anna’s progress and needs on the CaringBridge website and the power of prayer continued to astound the family. “Every single time Anna was having a hard time getting chemo or with some horrible symptom, I would post on CaringBridge and ask people to pray. Within minutes of posting Anna would turn a corner and feel better,” declares Beier, adding that the worldwide prayer support was “truly humbling.”

Church and community support was never lacking as the family lived their lives around the hope of healing for Anna. The Sacrament of the Sick was administered shortly after the diagnosis and the Franciscan Brothers Minor hosted a prayer service and rosary for Anna. Parishioners, homeschooling friends and area organizations stepped up and organized meals and fundraisers, took care of the family’s lawn care needs and transported Anna’s brother and sisters to various activities when Beier was unavailable.

As for the family members, Beier reports that each of her children have faced Anna’s challenge in his or her own way. “It has been the ‘best of times and the worst of times’ for our family,” she says adding that “Anna feels that her faith is stronger” now.

Anna has a lot to say about her mom’s devoted care. “My mom always went out of her way to get me my cravings, even late at night. Every time I was suffering she would pray over me, put Lourdes water on me and ask people to pray for me. Sometimes I thought she was suffering more than I was,” she says.

Recently Anna has completed her final round of chemotherapy and the family is rejoicing at her current health prognosis. This journey of suffering and faith has definitely changed the family dynamic, evidenced by deeper faith and richer relationships.

“I would be lying if I didn’t say it was a challenge. … Cancer took her (Anna) away from us for a while. … I had to trust God when I couldn’t see Him at all. … I had to surrender everything to Him.,” says Beier. But she adds hopefully, “Now that we are at the end, things seem like they are getting back to normal, a new normal.”

No one knows what the future holds for the resilient Beier family. But Ruth knows one thing for sure — that God is ever present in suffering, hope and healing. “I truly believe that Anna is healed and five years from now this will all be a bump in the road. We have seen many miracles through her illness — many reconciliations and answered prayers,” she concludes, adding her deepest desire for her children, “I want them to know that suffering is redemptive and that their suffering can help others in ways we will never know until we get to heaven. I want them to know that God has a purpose for their life and that Jesus is their very best friend and He will never let them down.”