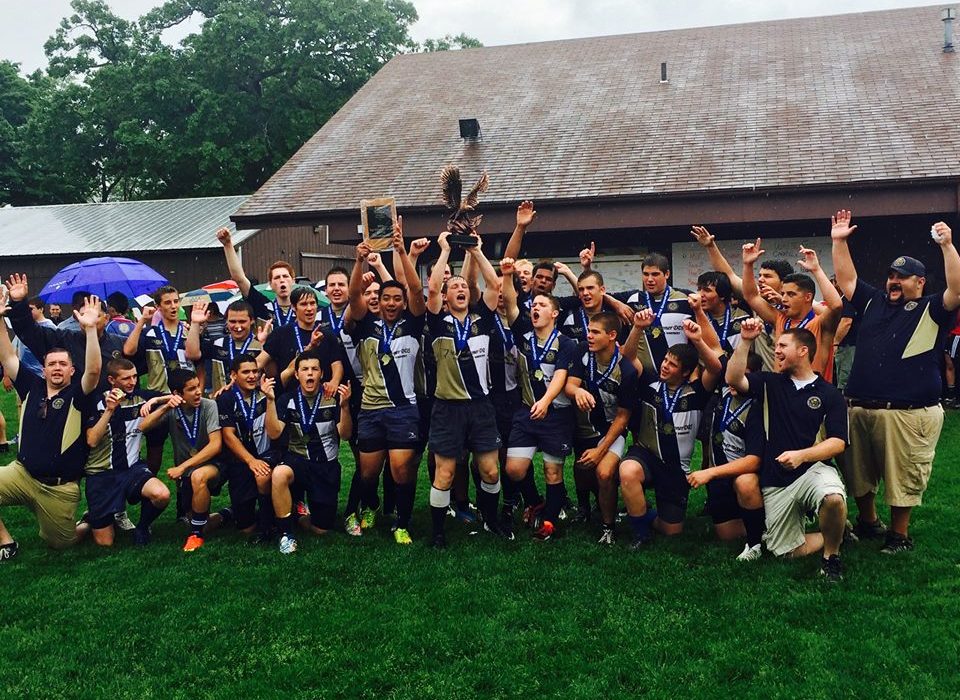 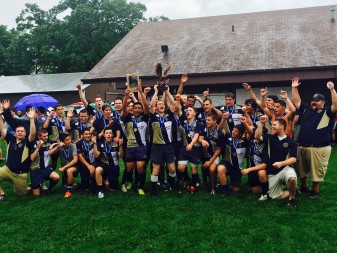 FORT WAYNE — The Bishop Dwenger rugby team was crowned the 2015 Division 1 junior varsity state champions at the Moose Rugby Grounds in Elkhart by defeating Hamilton Southeastern (HSE) in a big way at the rainy showdown, 18-0, on May 30. This was the club’s first appearance in the finals since winning it all in 2004.

The Saints earned the return trip after defeating Fishers, 35-0, in the semifinals and went on to avenge the tie with HSE from a shortened game earlier in the season.

“We played defense most of the first half and stayed strong the whole match not allowing HSE to score even when they were on the goal line,” Coach Sam DiFilippo explained.

Isaac Tippmann, who kicked for two penalties and a conversion, led the Saints in scoring, while Bart Tippmann scored the first try of the game with a gritty run through defenders. Simon Perez added the second try with a 60-meter breakaway in the second half. Charlie Perez was named most valuable player. Bishop Dwenger finished with a 5-5-1 overall record.