Youth and young adults from the Diocese of Fort Wayne-South Bend were among those represented at the 2018 national March for Life in Washington, D.C., fighting for the youngest of all — babies in utero. 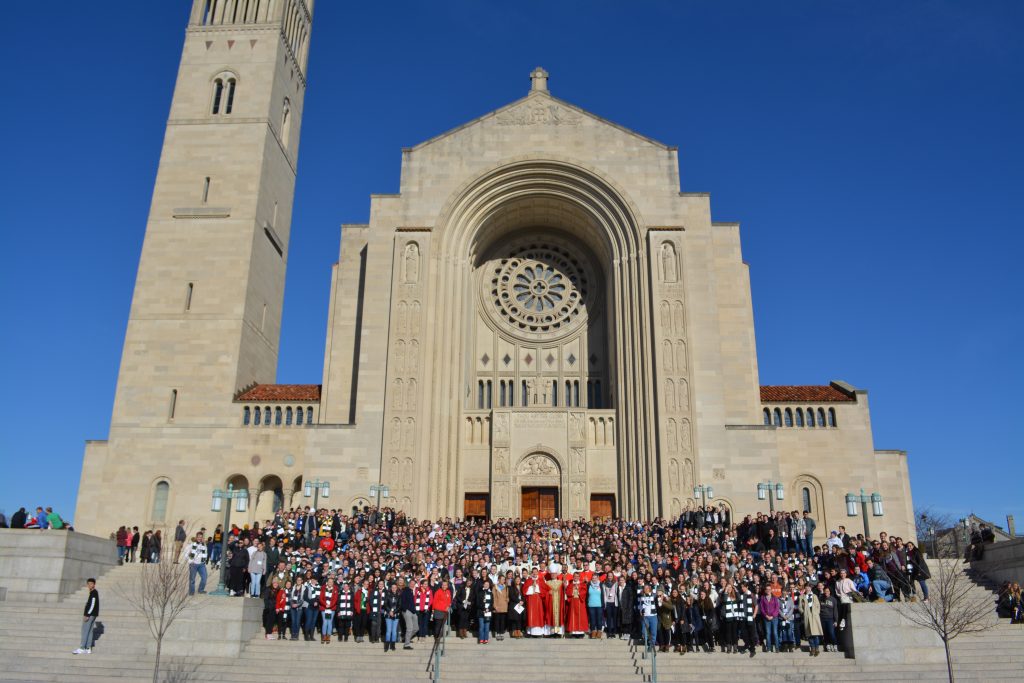 The diocesan and college March for Life participants gather on the steps of the Basilica of the National Shrine of the Immaculate Conception following Mass, the day after the march. — Chris Lushis

Unprecedented representation from within the diocese included around 400 who traveled with school, catechetical and youth leaders and chaperones, and more than 1,100 students and staff members from the University of Notre Dame, Holy Cross College and Saint Mary’s College.

Enjoying the unusual, springlike weather of this year’s march, the participants heard a welcome and comments from President Donald Trump and walked down the National Mall in a peaceful protest of the 1973 U.S. Supreme Court decision Roe v. Wade, which legalized abortion in the U.S. The theme of this year’s march was “Love Saves Lives,” something some students built on when designing their signs for the march. 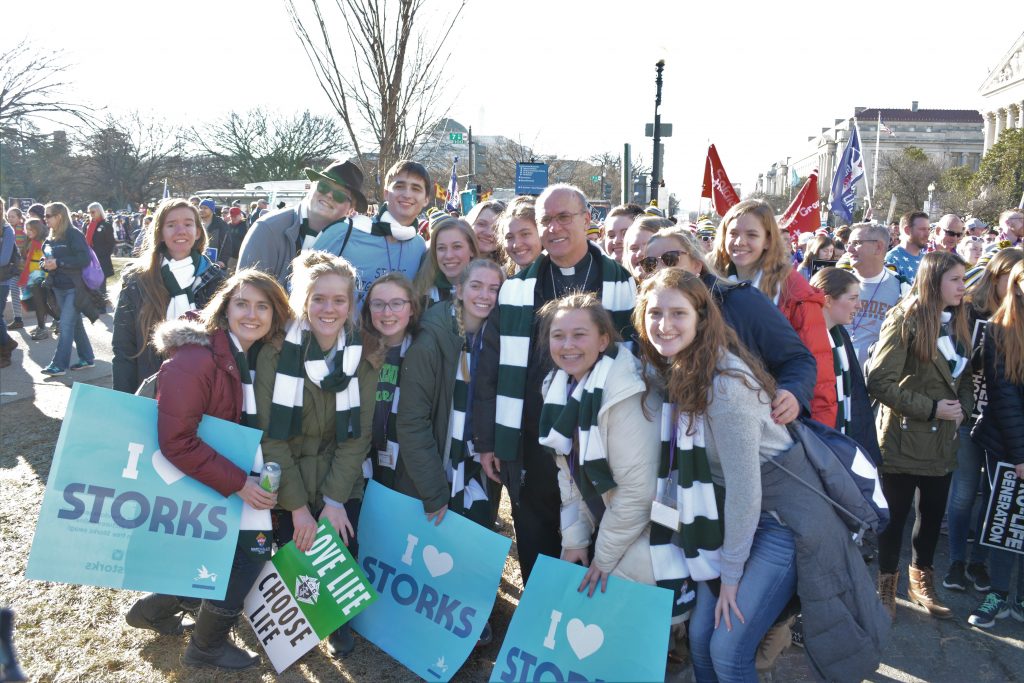 A few members of the Diocese of Fort Wayne-South Bend March for Life contingent pose with Bishop Kevin C. Rhoades on the march route Friday, Jan. 19, in Washington, D.C. Over 400 people traveled with the diocese to the march to express support for the protection of life in all its stages — as did more than 1,100 students and staff at universities located within the diocese. — Christopher Lushis

Margy Kloska, administrative assistant for the Counseling Department of Marian High School, Mishawaka, and director of the school’s Knights for Life Club, traveled with a group of 55 Marian students. Her group went by bus overnight and, as part of their trip, attended the diocesan Mass at the Basilica of the National Shrine of the Immaculate Conception celebrated by Bishop Kevin C. Rhoades Saturday morning. Students from Saint Joseph High School, South Bend, also traveled to the march and joined Marian for the Mass and other events throughout their four-day trip. 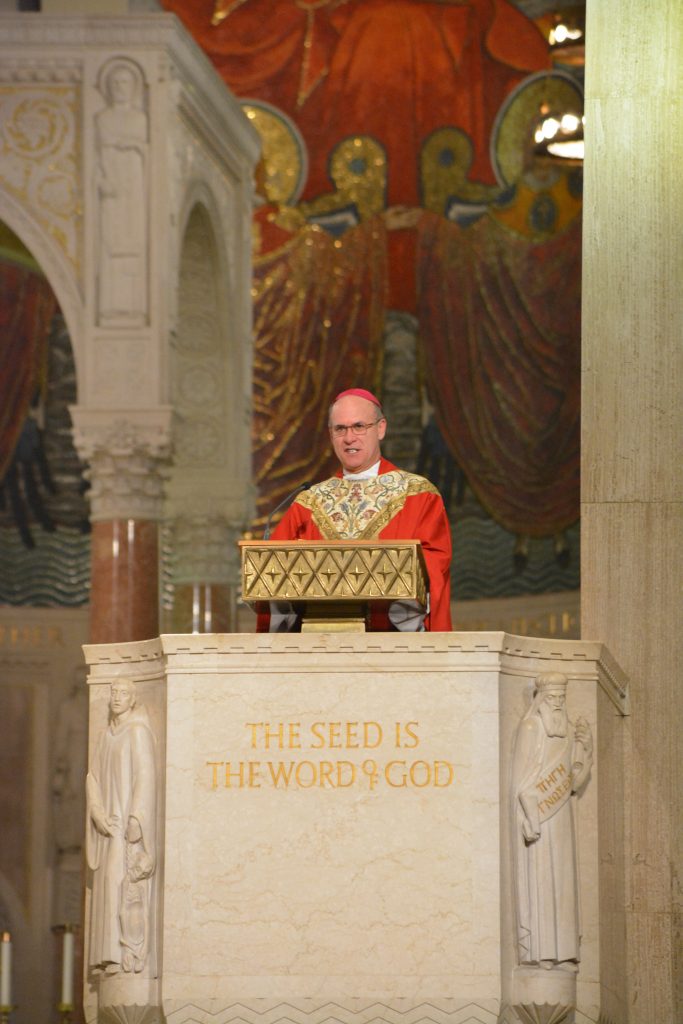 Bishop Kevin C. Rhoades delivers the homily at a Mass celebrated Saturday, Jan. 20, at the Basilica of the National Shrine of the Immaculate Conception in Washington, D.C., for diocesan participants the morning after the national March for Life.

Kloska was moved witnessing the young students using their voices to stand up for life.

“I’m so proud of our students for enduring the long trip and participating,” she said. “… they are standing up, speaking out and going against the current culture for something they believe in and doing it joyfully. They are inspiring and give me hope for the future.” 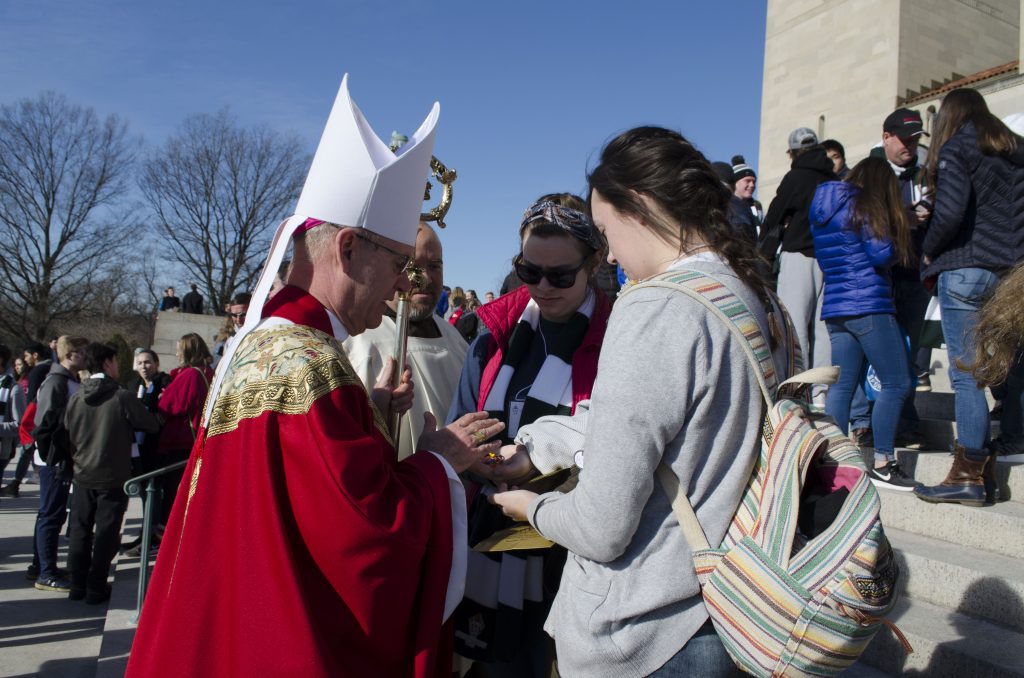 Bishop Rhoades blesses sacramentals after Mass on the steps of the Basilica of the National Shrine of the Immaculate Conception. — John Sikorski

Her son, Nick Kloska, is a senior at Marian. He has gone on the trip since his freshman year of high school and has built camaraderie with his classmates around a common cause. He also spoke of the pro-life movement starting “at our homes and at our schools.”

Kate Henry is also a senior at Marian and, like Nick, has regularly attended the march with her classmates throughout her high school career. She, too, feels a bond from a common cause.

“I have grown closer to people I barely knew and inseparable from the friends who I’ve marched together with since our freshman year,” she said. 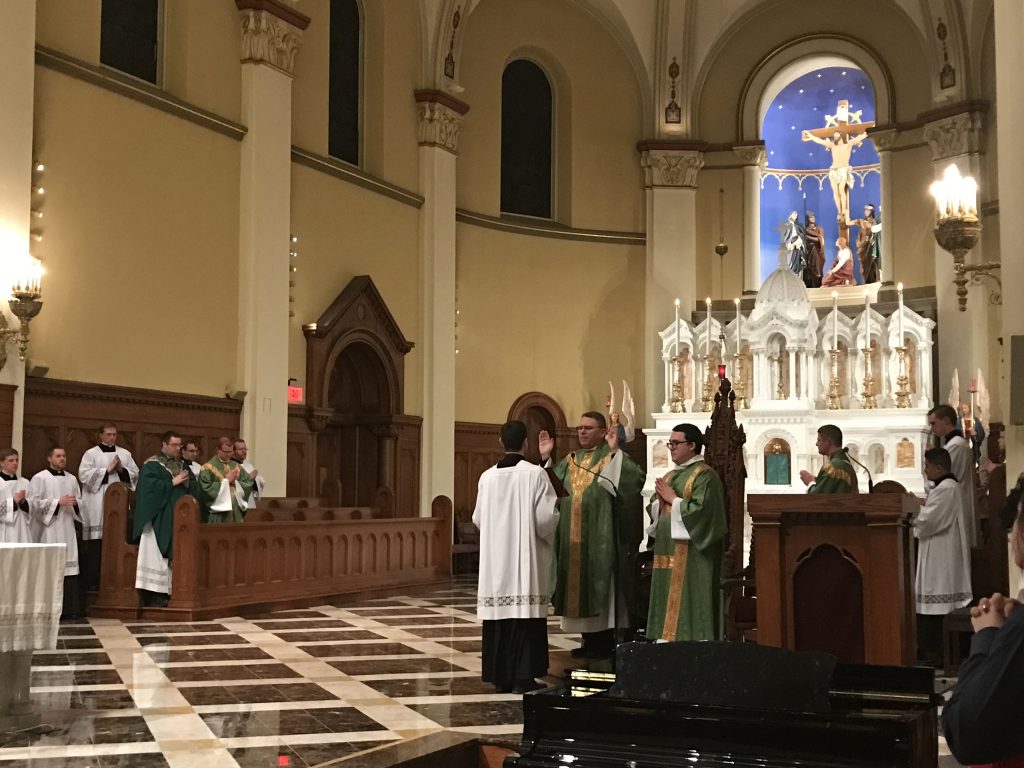 Bill Kempf, a Christ the King, South Bend, parishioner, attended the march with a fellow parishioner and co-worker, and a Holy Cross priest. He was inspired by the representation of youth at the march.

“The most impressive part of the march is the number of young people in attendance who are passionate about protecting the unborn,” Kempf said. “There was a very large group from the diocesan high schools … These kids really get it, and will be the change we need in society.”