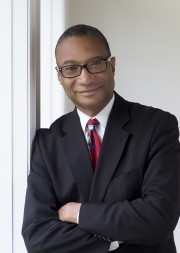 James Summers, member of the Diocesan Black Catholic Advisory Board, is owner of the Summers Group, LLC, a business consulting firm dedicated to “the kind of meaningful contributions that enhance a brand, promote genuine employee pride and change communities for the better.”

SOUTH BEND — Pope Francis, in a recent general meeting, has once again called Catholics to more authentically embody an apostolic Church. From the earliest days of his pontificate he has commended each Catholic to take the personal responsibility of building a “culture of encounter.” Priests and laity alike have been challenged to leave their comfort zones and to take, as a matter of personal responsibility, the role of finding and welcoming the marginalized and the outcast. “The Spirit compels us,” he said in Vatican City on Sept. 17, “to encounter our brothers and sisters, even those most distant from us in every way, to share with them the love, peace and joy of the risen Lord.”

Ironically, the faithful need not necessarily exit the doors of the Church to heed this call, but perhaps turn and see the “distant one” sitting in the pew right behind him. A minority within a minority, black American Catholics can find themselves feeling as though they are strangers or visitors in their own Church. Members of the Diocesan Black Catholic Advisory Board are seeking ways to educate parishes of this reality and engage their Catholic family in a “culture of encounter” between the members of their own parishes as well as those outside of the Church.

Returning from the National Black Catholic Congress in July 2012, South Bend business consultant James Summers knew he had been given a Gospel mandate. Set afire by the joy of truly celebrating the Mass with more than 2,200 participants from across the United States, he returned to South Bend with a desire to help other black Catholics know the joy of the heritage of their faith.

Deacon Mel Tardy, of St. Augustine Church, South Bend, explained the dilemma that often leads to the migration of blacks from the American Catholic Church to other Christian denominations. Referencing the famous work of W.E.B. Du Bois, “The Souls of Black Folk,” Deacon Tardy described the difficulty that arises for the black Catholic. DuBois put in writing the feeling that Tardy has often felt, “the unreconciled strivings of being pulled in two different directions. You really want to be both (African American and Catholic) without sacrificing either. But people won’t let you do that.”

On the one hand, he described encountering African American Christians who don’t understand why he would want to be a minority in his faith culture, while from within the Church, a subtle disapproval against incorporating types of cultural expression that, he believes, allows the Mass to be a communal celebration. Movement and style of music, spontaneous praise answers as part of the liturgy, has led some to criticize, “that’s not really Catholic.” He explained, “We are doing Catholic things, we are just doing them from our cultural expression.”

In a survey conducted in 2011 by social scientists Donald B. Pope-Davis and Darren W. Davis of the University of Notre Dame, it was found that 86 percent of black Catholics believe that “integrating African-American religious expression into the liturgy is important.”

Summers, who has created a successful business model based on the study of diversity and inclusion, explained, “It’s not that one is better than the other, but for us to get the opportunity to be exposed to others is a good thing. And I don’t think it happens enough.”

In terms of his business praxis, Summers shared, “I think where my faith life has led me to be as a person has absolute impact on the way I believe one operates in business, the way one connects with people, the way that one reaches out to and connects with the community.”

As a consultant he explained, “We’re steadily trying to teach one another in terms of interacting more effectively and building better relationships in the workplace. Well, don’t you think we should be doing that in our Church?”

Still in the early phases of strategic planning the Diocesan Black Catholic Advisory Board invites others to join this apostolic initiative. “We’ve only scratched the surface of our efforts,” states Summers. “We need our fellow Catholics in the Fort Wayne area and throughout the diocese. We need their input and we need to better understand their needs.”