June 4 will mark a new day for three men: Deacons Mark Hellinger, Brian Isenbarger and LeeAllen Fortin. On that day, they will enter into the joyous life of the priesthood. The road to the priesthood varies for each man, and these three are no exception, taking vastly different journeys to reach their vocations. Each of them has a unique personality and story, yet they share a similar desire to serve God and others. 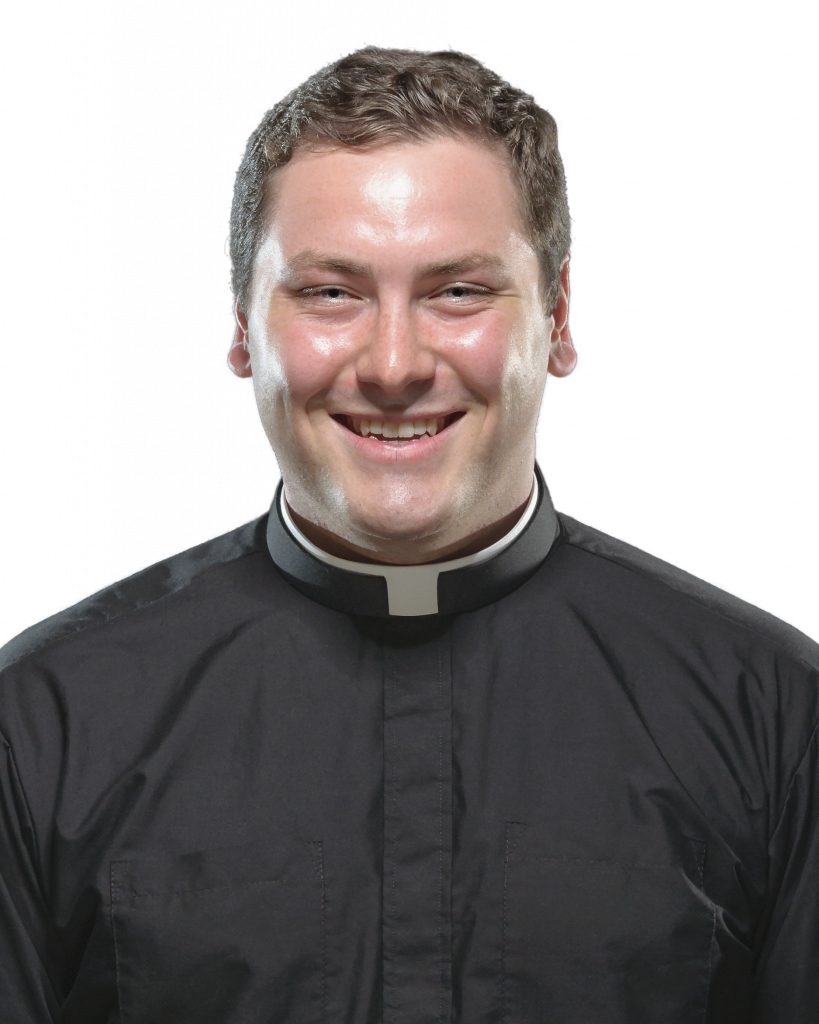 All three completed their seminary studies in different locations – one in Rome, one in Maryland and one in Cincinnati. Quick to laugh, Deacon Hellinger may be the most scholarly, spending several years studying sacramental theology in Rome. He knew early in life that he wanted to become a priest, going into seminary directly out of high school. Deacon Isenbarger is not quite as fond of school, has been described as possessing a somewhat dry sense of humor and fought his vocation longer than the other two. And Deacon Fortin is rather contemplative, a characteristic possibly retained from his years as a Franciscan friar. His journey to the diocesan priesthood took the most roundabout route. 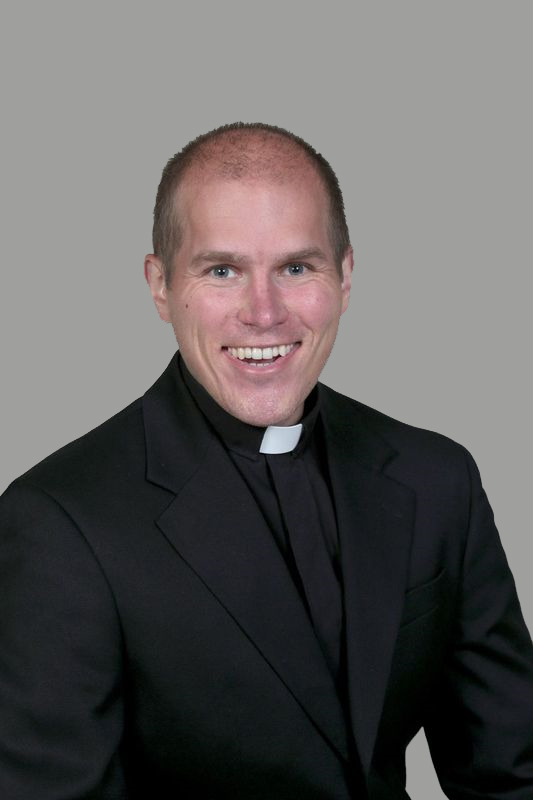 A native South Dakotan, a series of open doors brought Deacon Fortin to the priesthood. He completed his formation at Mount St. Mary’s Seminary and School of Theology (the Athenaeum) in Cincinnati, but studied previously at the now-defunct Cardinal Muench Seminary in Fargo, North Dakota. In fact, the school’s doors closed immediately after his graduation.

Although he originally attended Cardinal Muench for ROTC, he didn’t participate in the program. Instead, he said, “I received a great grace when I was at prayer, and it was very clear that the Lord had brought me up there for spiritual formation, not for military formation.”

Another open door led him to a small community of Franciscan friars in Fort Wayne, which he discerned into. “God gave this incredible grace … I knew this was where I’d be for the rest of my life — I thought for sure,” he said with a laugh. But when God closed that door when the community disbanded, Deacon Fortin discovered that “there was an open door to one of the things I perceived I was called to — the priesthood.”

He chose to remain in the Diocese of Fort Wayne-South Bend, becoming a diocesan priest. “When your desires aren’t met for one vocation, you have to trust that the Lord is still going to provide for that in the direction that He is leading you.”

Conversely, both Deacons Isenbarger and Hellinger were raised in the Fort Wayne-area, attending rival high schools Bishop Dwenger and Bishop Luers, respectively. They have been part of a seminarian fraternity group for several years, talking and texting each other on a regular basis. Deacon Fortin may not have had the same relationship-building opportunities, but he does maintain good relations with others priests in the diocese, particularly those who came through the Franciscan tradition as he did, and he looks forward to immersion in the diocesan priesthood community. 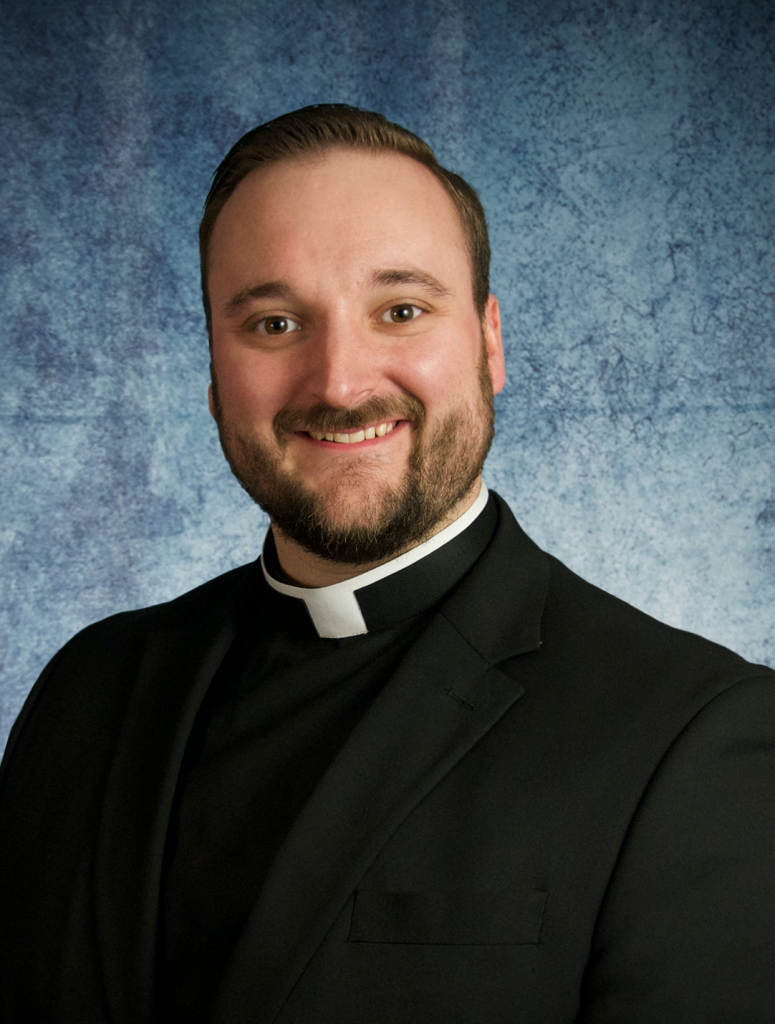 A commonality that Deacon Isenbarger shares with Deacon Fortin is a connection to the Franciscan life. A graduate of the University of Saint Francis, a college steeped in Franciscan tradition, he broke an engagement to finally heed his priestly calling, even considering becoming a Franciscan. Instead, he chose to continue toward a master’s degree online through St. Joseph College of Maine and eventually at Mount St. Mary’s Seminary in Maryland. “I’m in 24th grade,” he joked.

After all those years of study, he feels more than ready to live the priestly life. “I think maybe an analogy for it would be when you get married, I think that’s kind of like diaconate, you make your promises, so to speak, and then when you become a priest, it’s like having children. Now I’m a father and this is my flock.”

Ordained to the diaconate last November, Deacon Fortin is similarly approaching priestly ordination with a steadfast heart, “joyfully going forward.” He said he feels “just a constancy of the spiritual direction I’ve been on all these years. No apprehension or anything, just ready to take the next step and respond to” God’s call.

Even though he will go back to Rome in the fall after his ordination for yet another year of education, Deacon Hellinger is just as eager to begin parish life. “It brings me a lot of joy and consolation to be in the vineyard and working with people. I’m looking forward to the growth and intensity of that pouring out, that gift of self, being able to hear confessions, being able to celebrate the Eucharist, anointing of the sick,” he said.

After four years of seminary education in the U.S., Bishop Kevin C. Rhoades asked him if he would like to study at the Pontifical North American College in Rome, where he has been for the last four years. Learning theology in Italian was a different experience; he stated that he can understand what is said during lectures, but in his active speaking, “I sound like a seven-year-old child trying to articulate complex ideas,” he said, laughing.

He recognizes the seriousness of the vocation he is embarking upon; “the gravity of the priestly office in people’s lives, and that’s not something I take lightly or flippantly.” Wearing clerical garb, especially in the heart of Catholicism, brings that point home on a regular basis.

No matter how different their lives were or the turns they took in their journeys, the three men are more than ready to come together for one purpose: to fulfill the role to which God called them. Their priesthood will look different, but their spiritual work will be the same.

As Deacon Isenbarger put it, “We’re all being ordained as one man, namely Jesus, and all of us are part of that one Man in baptism, but in a special way through priestly ordination.”