The mission of Catholic Charities is to provide aid to all those in need “as Christ would have us do,” stated Dan Florin, interim CEO of Catholic Charities of the Diocese of Fort Wayne-South Bend in a news conference at the University of Saint Francis Historic Women’s Club in Fort Wayne. The conference addressed the Afghan Refugee Resettlement program currently taking place in the country and the city. Present also at the conference were Fort Wayne mayor Tom Henry; Nicole Kurut of Catholic Charities; Aaron Batt, Homeland Security Federal Coordinating Officer for Operation Allies Welcome at Camp Atterbury; along with other community representatives including police and school district members.

“At this time, Catholic Charities is committed to resettling 75 individuals, though we are consistently measuring the need and reassessing the humanitarian aid we are able to provide,” Florin continued. “To date, we have already resettled 60 individuals, and we will continue our work with the Afghan Placement and Assistance Program to support the national effort.” 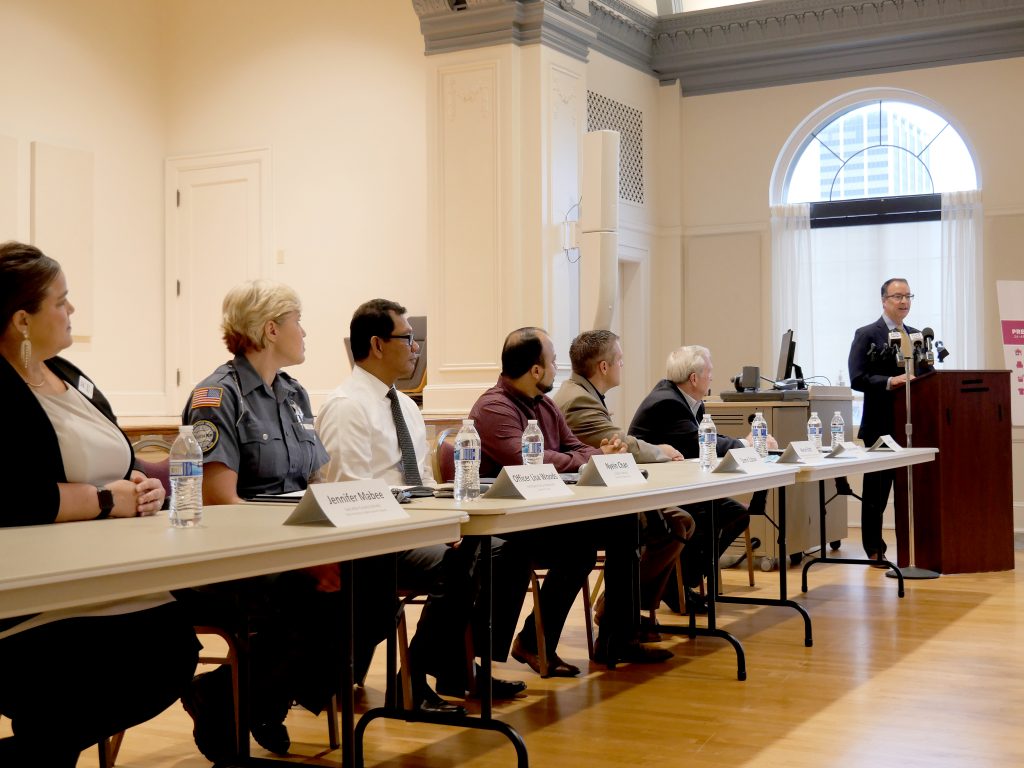 Jennifer Barton
Community leaders in Fort Wayne listen as Dan Florin, interim CEO of Catholic Charities of the Diocese of Fort Wayne-South Bend explains the process for the Afghan Refugee Resettlement program. Catholic Charities is expecting to settle 75 Afghan men, women and children in total within Fort Wayne, with 60 already in temporary housing.

Catholic Charities began operating in northeast Indiana in 1922 and have been aiding refugees since 1975. During that time, they has been able to assist roughly 4,000 people from 20 countries in beginning new lives in the U.S. Catholic Charities proudly reports that 86% of the resettled adult refugees find employment within four-six months and most families are able to financially support themselves within three-six months of arrival.

Mayor Henry also spoke at the news conference. In his statement, he said: “The city of Fort Wayne appreciates and values the leadership of Catholic Charities and other partner organizations from across our community and the state of Indiana as we work together to welcome Afghan refugees.

“We truly want to be a welcoming community. The welcome mat is open for all those who want to call Fort Wayne their home. We want you to be a part of our community.”

Mayor Henry praised Catholic Charities for their “detailed and organized” processes in resettling refugees and thanked them for their commitment to aiding refugees. He concluded by saying: “I’m looking forward to positive outcomes as we invest in the lives of individuals and families. We want to be in a position to have a lasting and meaningful impact on others.” 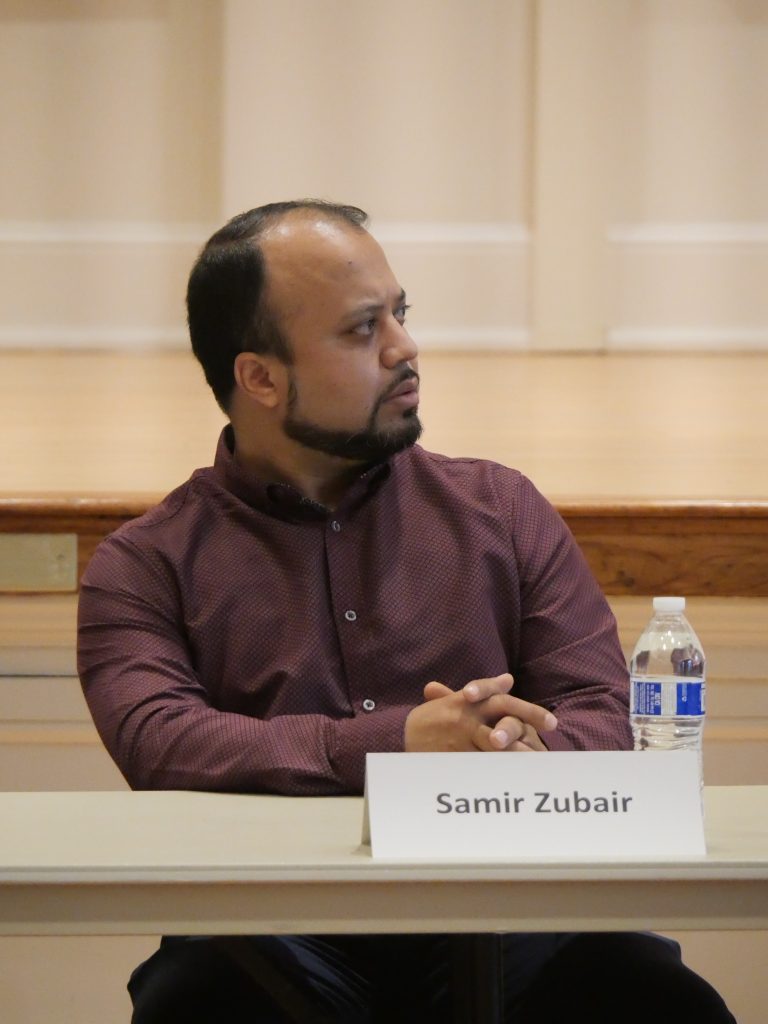 When Afghanistan fell to Taliban forces, thousands of the nation’s citizens were placed in jeopardy due to a number of reasons, including members of the former government, journalists and police officers. Several military installations have served as temporary camps for these refugees, including Camp Atterbury.

Around 40% of the refugees awaiting resettlement at the base directly supported the U.S. military by working as interpreters, in the embassy and other ways, as well as their immediate family members, according to Batt. The other 60% of refugees are known as “Afghans at risk;” those whom the Taliban would likely target for their previous jobs and potentially even for their faith.

“All have horrifying stories to tell,” Batt said. Many of them were not allowed to bring luggage with them, so they arrived with only what few items they had in their possession. Fifty percent of Camp Atterbury’s refugees are minors, with the average family size of seven. Batt stated that these children are “learning English quickly, developing relationships with the military members.” 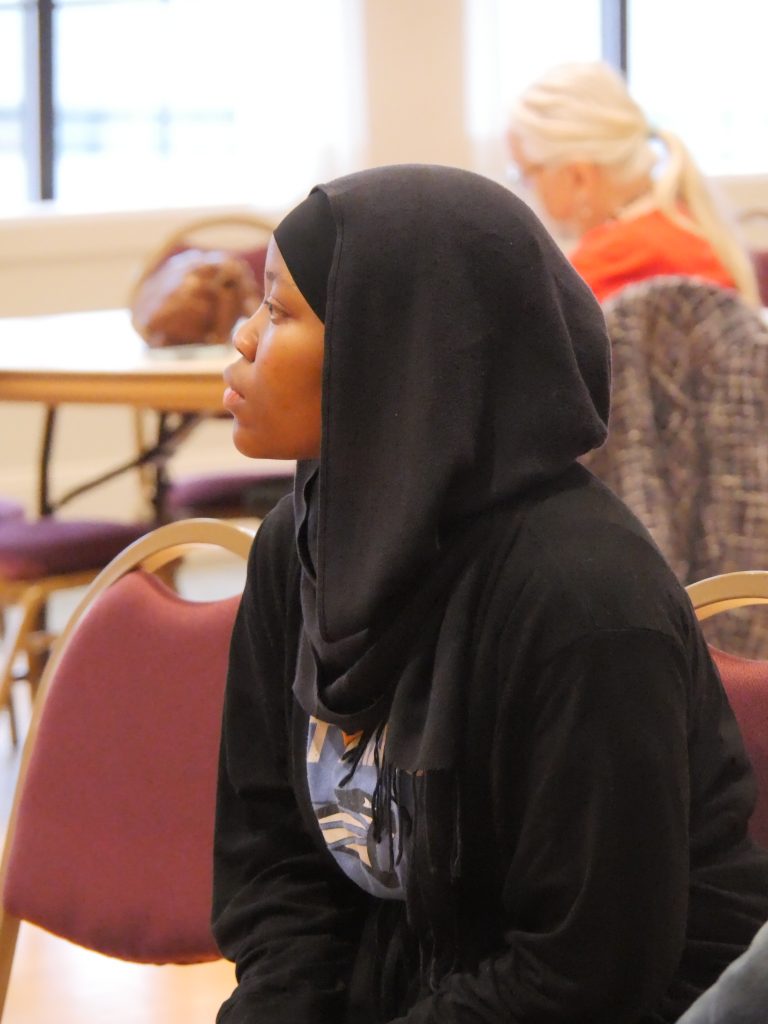 But Hoosiers have helped fill their immediate material needs. During their temporary stay at the Indiana Army National Guard base, they have been provided with food, shelter and as much information as possible before getting to their new locations. Activities such as soccer games and art therapy help ease the transition to life in American, too.

“All have left some family behind,” Batt said, and the greatest challenge they face may be in wondering how they will ever reunite with those family members.

All refugees have been given medical screenings and medical care, including COVID screenings and vaccinations typically received by children in America. And the USCCB has been active on site since mid-September. Even Archbishop Charles C. Thompson from the Archdiocese of Indianapolis has visited the base.

When asked if individuals or families could provide housing for Afghan refugees, Batt pointed to the program called Sponsor Circles. According to the website, Sponsor Circles “allows everyday Americans to take on the responsibility of welcoming an Afghan newcomer to their communities.” The process is very involved, though support will be provided to anyone interested.

Samir Zubair was resettled in the U.S. from Afghanistan in 2001 using the same processes and resources that are still in use today. He is now a successful businessman and works with Catholic Charities to aid others like himself. He gave a testimony at the conference, saying, “Being 13 years old, I remember when the Taliban first took over, and it was just chaos everywhere. We decided we were going to leave the country … so we came to the United States, and came to Fort Wayne.”

Although he spoke very little English when he first arrived, the programs that were in place “even 20 years ago” helped him to achieve his education and career goals, becoming a district manager of a food chain. He still maintains contact with some of those early ESL teachers.

As a refugee himself, he sees the importance of helping others “in the same situation we went through.” He is “humbled” to be part of the process and grateful to the city of Fort Wayne for opening its doors to the Afghan people. Zubair has spoken with some of the recent refugees, sharing his story and witnessing their happiness and gratitude for their safety.