ROME (CNS) — The provisional agreement signed in 2018 by the Holy See and the Chinese government has “opened the way to the two most important things: pastoral activity and dialogue,” said Archbishop Claudio Maria Celli.

The agreement also meant that, for the first time in 70 years, all of the Catholic bishops in China are in communion with the pope and with their brother bishops throughout the world, the archbishop said Sept. 26 at the presentation in Rome of a book on the agreement, its historical roots and the future of Catholicism in China.

Archbishop Celli, who retired in 2016 as president of the Pontifical Council for Social Communications, was a key partner in the negotiations that led to the signing of the agreement. He had spent 35 years as part of a team of Vatican officials reaching out to the Chinese government on behalf of popes John Paul II, Benedict XVI and Francis.

“A door has been opened,” he said. “It’s a door that would be difficult to close again.”

The provisional agreement, signed Sept. 22, 2018, set out procedures for the nomination of bishops acceptable to both the Vatican and the Chinese government, ending decades of Chinese insistence that allowing the Vatican to name bishops would amount to foreign interference in China’s internal affairs.

Vatican officials consistently had said that giving up full control over the nomination of bishops would not be what it hoped for, but that it could be an acceptable first step toward ensuring greater freedom and security for the Catholic community there.

The agreement was controversial given that bishops, priests, religious and lay Catholics had been jailed and persecuted for their loyalty to Rome and their refusal to join the Chinese government’s associations for Catholics.

At the book presentation, Archbishop Celli paid tribute to those witnesses for the faith.

“When the time comes that the archives are opened, people will be in awe over the great witness of Chinese bishops and what they endured in order to be fully Chinese and authentically Catholic, faithful to Jesus Christ,” he said.

But the unity of the Church in China is essential for its existence and growth, he said.

“It is a challenge to find ways to reach out to priests and people still part of what we called the ‘clandestine’ Church,” he said. 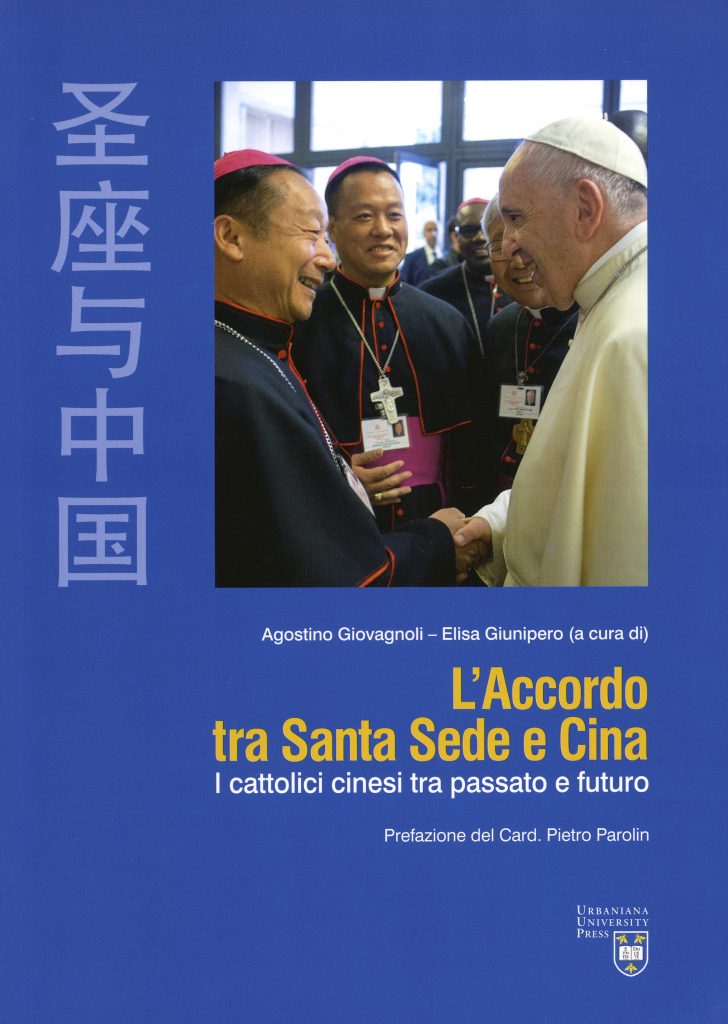 This is the cover of the Italian book “The Accord Between the Holy See and China,” which was presented in Rome Sept. 26, 2019. The book discusses the 2018 provisional agreement between the Vatican and China, its historical roots and the future of Catholicism in China. (CNS photo/courtesy Marco Pavani, Community of Sant’Egidio)

The book and speakers at the book presentation, including Andrea Riccardi, a historian and founder of the Community of Sant’Egidio, noted how surveys show a growing interest in religion among the Chinese, but a steep decline in the number of Catholics baptized each year, both in communities registered with the government and in those that are not.

Romano Prodi, an economist, former Italian prime minister and former president of the European Commission, also spoke at the book launch and noted how China’s economic boom has been accompanied by a huge population shift from rural areas to cities, where Catholic churches are few and far between.

Bringing all the country’s bishops into union with each other and with the pope and having them all recognized by the Chinese government were necessary for the Catholic Church to minister to its current members, to evangelize others and to build a future in China, Riccardi said.

Writing the preface to the book, Cardinal Pietro Parolin, Vatican secretary of state, said the agreement was a necessary step in showing the Chinese government and Chinese Catholics that a person could be simultaneously fully Chinese and fully Catholic.

Especially since the Second Vatican Council, he said, the Catholic Church has made it clear that one could “live universality without uniformity and communion without homogenization.”

The provisional agreement, Cardinal Parolin wrote, leads to hope for a true inculturation of the Catholic faith in China, a process that “presupposes the growth of local communities fully rooted in a specific historical, social and cultural context, but also authentically inserted into the communion of the universal church.”