WASHINGTON (CNS) — Two Catholic high schools in the Indianapolis archdiocese took different actions in late June over employees who are in same-sex marriages.

Cathedral Catholic High School announced June 24 that it was firing a gay teacher to avoid “forfeiting” its Catholic identity just three days after the Indianapolis archbishop announced “with great sadness” that Brebeuf Jesuit Preparatory School was no longer recognized as a Catholic institution because of its refusal to dismiss a gay employee. The issue is their same-sex marital status.

Officials at Cathedral High School, which is affiliated with but not sponsored by the Holy Cross Brothers, explained in a letter to the school community on the school’s website June 24 that it had made the “agonizing decision” to follow the direct guidance they had been given by Indianapolis Archbishop Charles C. Thompson and “separate from the teacher” after 22 months of “earnest discussion and extensive dialogue with the Archdiocese of Indianapolis about Cathedral’s continued Catholic identity.” 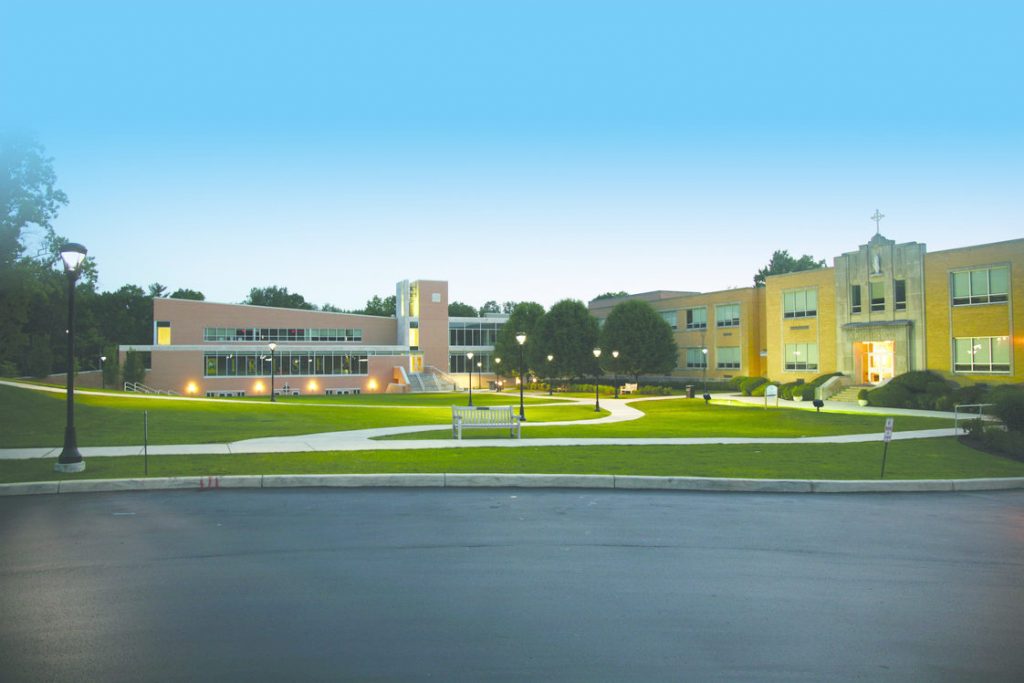 School officials said they made this decision “in order to remain a Catholic Holy Cross School.”

The letter, signed by the high school’s president and chairman of the board of directors, explained what would have happened to the school if it had not made this decision.

It pointed out that Archbishop Thompson had “made it clear that Cathedral’s continued employment of a teacher in a public, same-sex marriage would result in our forfeiting our Catholic identity due to our employment of an individual living in contradiction to Catholic teaching on marriage.”

The letter points out the difference between Cathedral and Brebeuf Jesuit Preparatory School stating that the Jesuit school has a different canonical and nonprofit status than Cathedral, so the impact of the archdiocesan decree revoking a school’s Catholic status would not have the same effect on both schools.

Cathedral’s school leaders also said they hoped the school’s decision “does not dishearten” the school community and especially its students, adding: “We know that some individuals do not agree with every teaching of the Catholic Church and so their conscience struggles between the teaching and what they believe is right.”

They also said they “offer our prayers and love to this teacher,” the students and faculty, the archbishop and all associated with the school and urged the dialogue about this situation to be “respectful of the dignity of every person.”

The Archdiocese of Indianapolis issued a statement June 24 emphasizing that every archdiocesan Catholic school and private Catholic school has been instructed to “clearly state in its contracts and ministerial job descriptions that all ministers must convey and be supportive of all teachings of the Catholic Church.”

“This issue is not about sexual orientation,” the statement said, but “about our expectation that all personnel inside a Catholic school — who are ministers of the faith — abide by all Church teachings, including the nature of marriage.” 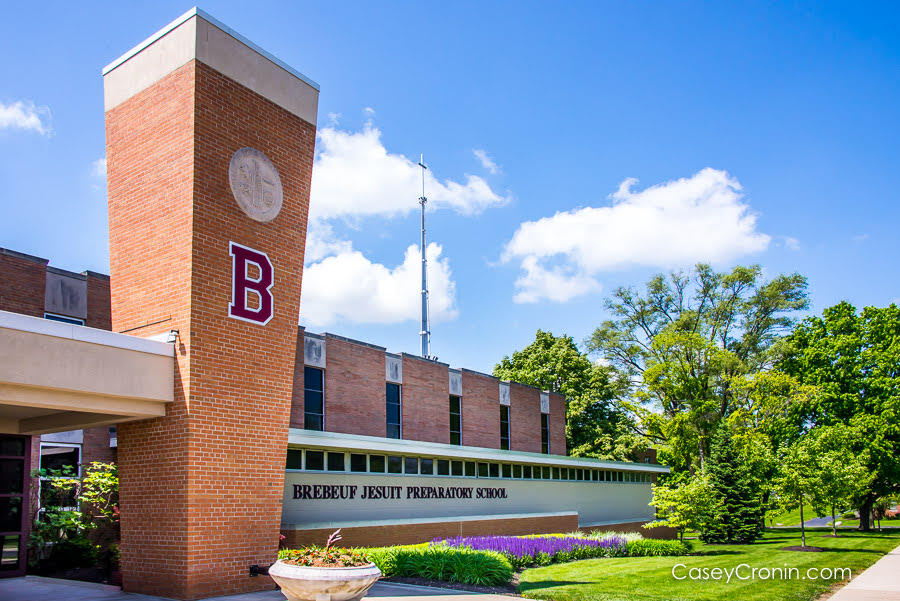 Officials at Brebeuf Jesuit Preparatory School, administered by the Midwest Province of the Society of Jesus, had been at odds with the Indianapolis archbishop over its teacher for two years. A statement released by the Jesuit superior in charge of the province said the archdiocese had verbally requested that the school “not renew this teacher’s contract because this teacher’s marital status does not conform to church doctrine.”

When the Jesuits decided not to comply, the archdiocese took action.

Jesuit Father Brian Paulson, who is the provincial, or superior, for the Midwest Jesuits, said in a June 20 letter explaining the rift, that he disagreed “with the necessity and prudence” of the archdiocese’s decision.

The teacher does not teach religion, is a longtime valued employee, and “we recognize that at times some people who are associated with our mission make personal moral decisions at variance with church doctrine; we do our best to help them grow in holiness, all of us being loved sinners who desire to follow Jesus,” Father Paulson said in the letter.

That’s why Brebeuf “declined to honor the archdiocese’s expectation that the school dismiss this teacher,” the letter said.

A statement released by the archdiocese when the decree was issued said that “all those who minister in Catholic educational institutions carry out an important ministry in communicating the fullness of Catholic teaching to students both by word and action inside and outside the classroom. It is their duty and privilege to ensure that students receive instruction in Catholic doctrine and practice. To effectively bear witness to Christ, whether they teach religion or not, all ministers in their professional and private lives must convey and be supportive of Catholic Church teaching.”

The decree says that Brebeuf Jesuit “by its own selection, can no longer use the name Catholic and will no longer be identified or recognized as a Catholic institution by the Archdiocese of Indianapolis nor included in the listing of The Official Catholic Directory.”

The Midwest Jesuits, through the provincial, said they will be appealing the decree locally and, if necessary, through “hierarchical recourse to the Vatican.” Even though archdiocesan representatives may no longer choose to attend events or formal functions at the school, “Brebeuf Jesuit still affirms its identity and mission as a Catholic Jesuit school and the Midwest Jesuits still regard it as a sponsored work,” said the letter issued by Father Paulson.

Last year, a different Catholic school in the archdiocese placed a guidance counselor on paid administrative leave after someone showed the administration a copy of her marriage license. In an August 2018 letter, Archbishop Thompson said the employee was “living in a civil marriage to another woman that is not valid in the eyes of the church,” but employees are given clear expectations that include supporting the teachings of the Church.

“There is nothing in church teaching that says being gay or lesbian is a sin,” however, “marriage is a permanent partnership between one man and one woman,” he wrote.

A June 20 letter sent by the school’s board of trustees to the Jesuit community at Brebeuf said that following the archdiocese’s wishes would have established a “concerning” precedent that could have affected the school’s autonomy.

“To our knowledge, the Archdiocese of Indianapolis’ direct insertion into an employment matter of a school governed by a religious order is unprecedented,” the letter said. “What’s more, we also recognize the harm that adhering to this mandate would cause our highly capable and qualified teachers and staff. As an institution with a mission to develop men and women for others, our intent has been to do the right thing by the people we employ while preserving our authority as an independent, Catholic Jesuit school.”

“‘We expect our teachers or educators to be faithful to the Church’s teachings on marriage. That means marriage between one man and one woman. That’s (a) very core teaching of the Catholic faith,’” Fox55 reported.

The Fort Wayne-South Bend diocese strives to ensure that it is known upfront what is expected of those who wish to serve in positions on behalf of the diocese, he said – pointing out that a person with same-sex attraction who abides by the Church’s teaching and strives to live a chaste life is not in conflict with Church teaching.

“One who lives in an illicit homosexual or heterosexual relationship would be living in contradiction to that teaching,” Bishop Rhoades stated Friday, June 28.

He added that he wants people working for the Church who believe in its mission. “My thinking is that if a teacher discerned that he or she disagrees with the Church’s teaching and decided to enter into an illicit relationship that he or she would voluntarily resign.”

“We expect our employees and our teachers to uphold and bear witness to the truths of our faith, including the sacredness of all human life, the truth about marriage according to God’s plan, and our preferential option for the poor, to name some of the fundamental social and moral teachings of the Church,” he said Friday.

Contributing to this report was Carol Zimmermann at Catholic News Service. Information was also added by Today’s Catholic.