RICHMOND, Va. (CNS) — Richmond Bishop Barry C. Knestout said the words “horrific, outrageous, vicious” were “in my heart” when he heard about a measure proposed in the Virginia Legislature to expand “the brutal practice of abortion.”

“We should not be legislating in favor of abortion, let alone third-trimester abortions at all,” he said. “All our actions and decisions should be life-giving.”

Bishop Knestout, Bishop Michael F. Burbidge of Arlington and the Virginia Catholic Conference, which represents the state’s bishops on public policy matters, issued statements Jan. 31 about an abortion measure introduced by Del. Kathy Tran of Fairfax, which was tabled by a subcommittee of the House of Delegates in a 5-3 vote Jan. 28. 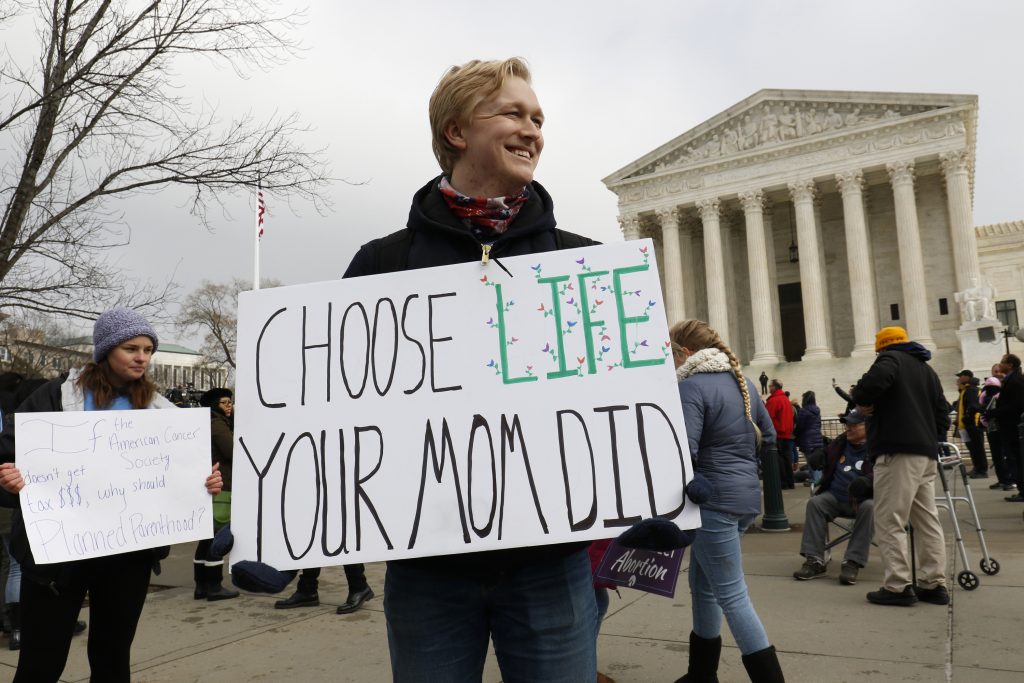 Austin Jennings, a member of the Students for Life at the University of Mary Washington in Fredericksburg, Va., joins pro-life advocates in front of the Supreme Court during the March for Life Jan. 18. (CNS photo/Gregory A. Shemitz) See MARCH-RALLY-CROWD Jan. 18, 2019.

Remarks in support of the bill made by Tran, a Democrat, and Virginia Gov. Ralph Northam, also a Democrat and a former pediatric neurosurgeon, went viral and met with a storm of protest by pro-life leaders.

At a hearing on the bill, Tran confirmed it would allow for an abortion to be performed at delivery. Northam discussed the bill in a radio interview Jan. 27 and was criticized for saying: “If a mother is in labor, I can tell you exactly what would happen. The infant would be delivered. The infant would be kept comfortable. The infant would be resuscitated if that’s what the mother and the family desired, and then a discussion would ensue between the physicians and the mother.”

“This legislation shocks the conscience and is made more egregious by the governor of Virginia suggesting the permissibility of denying care to infants born alive during the abortion,” said the chairman of the U.S. bishops’ Committee on Pro-Life Activities.

“This senseless disrespect for new human life is horrifying. We join the bishops of Virginia in urging all people of good will to stand up to protect unborn and born infants from legislation that would permit their gruesome deaths,” said the chairman, Archbishop Joseph F. Naumann of Kansas City, Kansas. 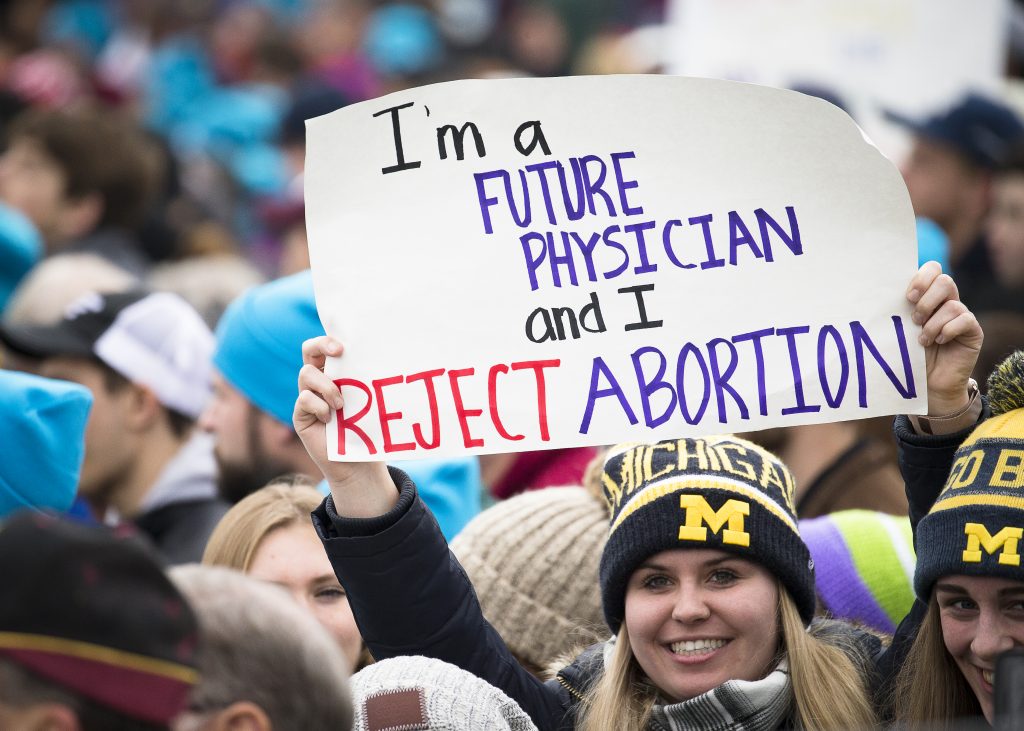 A woman holds a pro-life sign during the 2019 annual March for Life rally in Washington Jan. 18. (CNS photo/Tyler Orsburn)

The abortion measure in Virginia followed the signing into law of an expansion of abortion in New York state, fully backed by Gov. Andrew Cuomo, a Catholic, and met with an outcry by the state’s Catholic bishops and calls by some that Cuomo be excommunicated.

In his statement, Bishop Burbidge said the Virginia bill “rightly failed,” but added, “I am, along with so many people of goodwill, distraught that this bill was introduced in the first place. It could have paved the way for babies to suffer a violent and gruesome death moments before birth and could have been harmful to women.”

He added, “My hope is that this bill failed because the elected officials of the state legislature recognized that it was an evil and impermissible offense to human life and our collective decency.

“Tran’s bill would have expanded the state’s abortion law by loosening restrictions on third-trimester abortions that are currently allowed in order to take into account the risk of the pregnancy to the mother’s “physical or mental safety.” Tran wanted to remove existing language that says third-trimester abortions are allowed only if the risk to the mother’s life is “substantial and irremediable.”

It also would have required only one doctor to sign off before the procedure is performed; now three must sign off. Also under Tran’s bill second-trimester abortions could take place outside state-licensed hospitals.

“There is no place in a civil society for this sort of thought and action,” Bishop Knestout said in his statement. “Equally disheartening and reprehensible are the comments made by Virginia’s governor and the legislator who proposed such a bill. The discussion a mother and doctor should have is in the best interest of the child as to how we can preserve and not destroy life.”

Bishops Knestout and Burbidge, along with the Virginia Catholic Conference, called on all Catholics in the state to be vigilant about the bills put forth by their elected officials and to urge them to protect human life at all stages, especially the lives of “those children whose lives are at risk even during the process of birth,” as Arlington’s bishop said.

“This is a critical moment in the life of our Church and our society,” Bishop Burbidge said.

“Now more than ever, it’s important to raise our voices when we see such threats and injustices on the most vulnerable in our society,” Bishop Knestout said.