WASHINGTON (CNS) — A joint statement from two U.S. bishops who head different committees of the U.S. bishops called for an end to the federal use of the death penalty as “long past time.”

“Following a year where the federal government, for the first time, executed more people than all 50 states combined, there are three more federal executions scheduled this week,” the two archbishops said. Federal executions resumed last year after a 17-year reprieve.

Archbishops Coakley and Naumann also called on President-elect Joe Biden and Congress to “make this a priority. One vehicle to accomplish this in federal law is the Federal Death Penalty Prohibition Act. In addition, we ask President-elect Biden to declare a moratorium on federal executions and to commute current federal death sentences to terms of imprisonment.”

“It is long past time to abolish the death penalty from our state and federal laws,” they said. 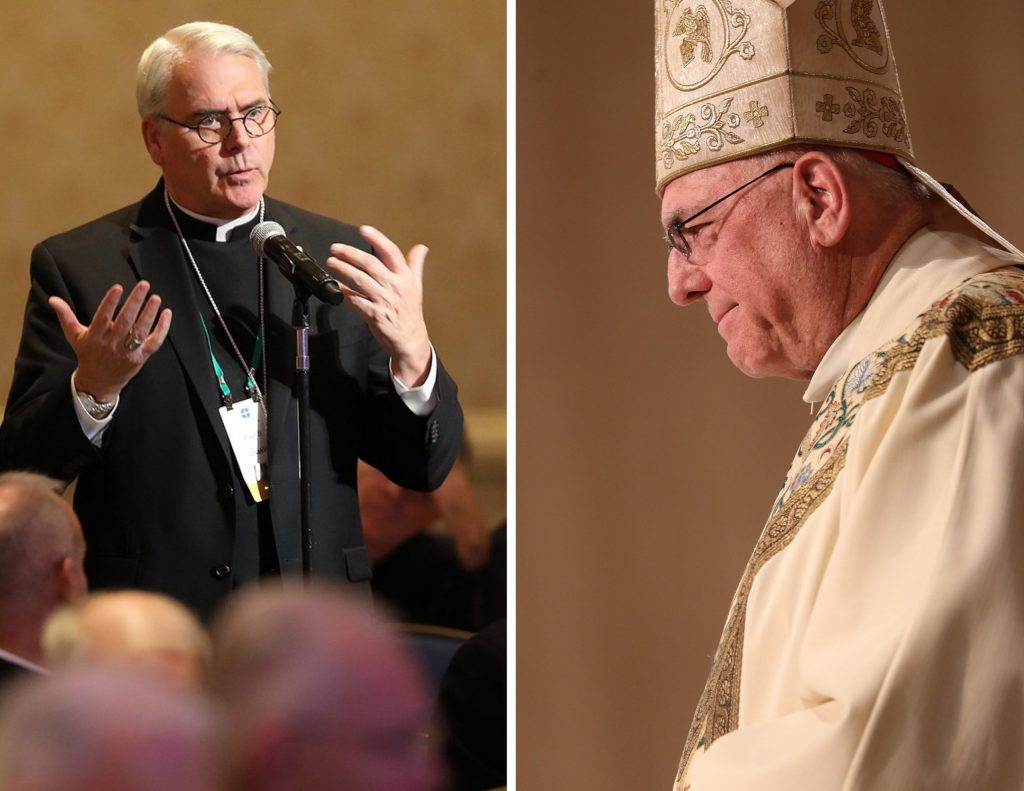 Ten times in the past two years, bishops, groups of bishops, or the full U.S. Conference of Catholic Bishops had either spoken out against capital punishment, asked the faithful to add their voice on the issue, or sought to end its use in the courts.

Also Jan. 11, the Catholic Mobilizing Network launched an online petition campaign asking Biden to make an end to federal executions a priority once he is sworn into office.

“After six months of needless death from what will soon amount to 13 executions, the Trump administration has driven home why an end to the federal death penalty is so urgently needed,” said a Jan. 11 statement by Krisanne Vaillancourt Murphy, executive director.

During a Jan. 6 Georgetown University-sponsored forum on capital punishment, Bishop Daniel E. Flores of Brownsville, Texas, cited the “throwaway culture” line frequently used by Pope Francis and said, “We let people die or we kill people, in the death penalty’s case, to solve problems. And the church is simply saying: Enough blood. Stop.”

The petition urges the incoming administration to “uphold the sacred dignity of every person” and make good on its promises to dismantle the federal death penalty system.

It names several possible avenues toward abolition that the president-elect could pursue, including declaring an official moratorium on federal executions, commuting the death sentences of all those currently on the federal death row, and advocating to end the death penalty in law.