will award a $500 scholarship to a student in eighth grade from three areas of the diocese — Fort Wayne, central and South Bend — for a grand total of $1500.

Any student who is currently in eighth grade may submit an essay, whether a private, public or home-school student.

Three winners will be selected by the World Apostolate of Fatima judging committee and approved by WAF spiritual director Father Glenn Kohrman and Father Robert Garrow.

Our Lady of Fatima warned that Russia would multiply its errors if it did not honor her request. During her last apparition, on Oct. 13, 1917, she identified herself as “I am the Lady of the Rosary,” and asked the children to continue to pray the Most Holy Rosary each day. Three weeks later, Russia suffered a revolution and the government was overthrown.

The essay theme is to identify one or more errors of Russia and give examples of how people are still suffering from these errors today. 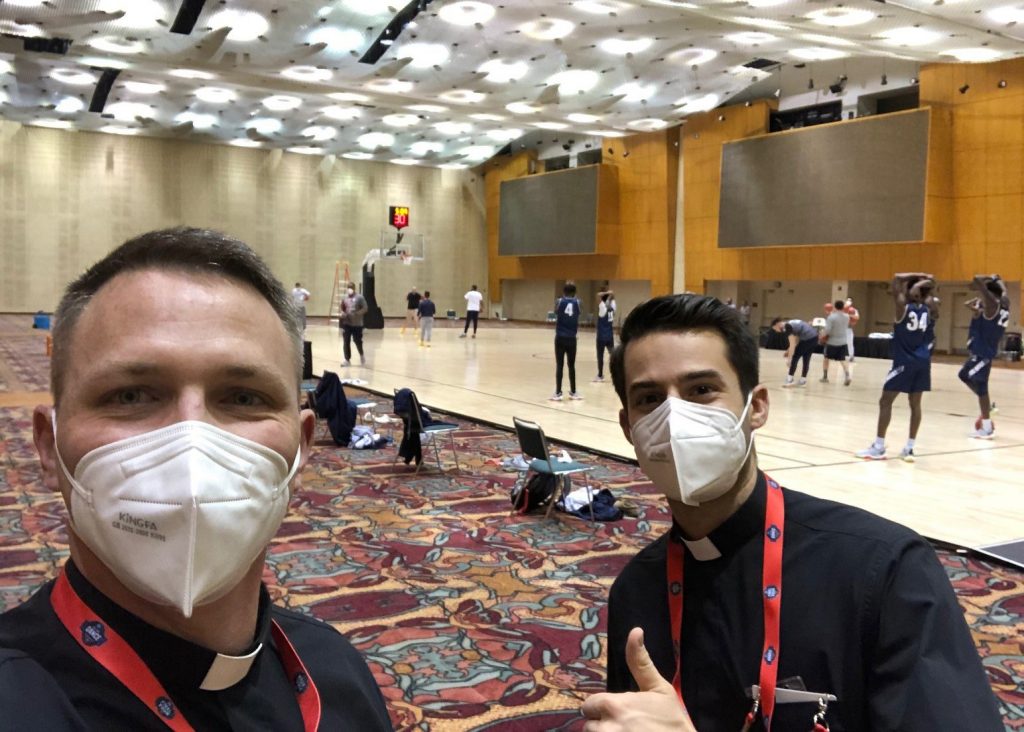 CNS photo/Deacon Austin Bosse via The Catholic Post
Deacon Austin Bosse, left, a seminarian from the Diocese of Peoria, Ill., takes a selfie with Brian Florin, a seminarian from the Diocese of Fort Wayne-South Bend, Ind., as the Mount St. Mary’s Mountaineers basketball team works out in the background in Indiana March 16. Deacon Bosse is the chaplain and Florin is assistant chaplain for the Maryland team. Because of COVID-19, this year’s tournament is being played entirely in the Indianapolis area to reduce travel for the 68 teams involved. Chaplains are present “to help them spiritually, because that’s an aspect of their life and if it’s not in order, they’re not going to be as good as they can be — as a human being or a player,” said Deacon Bosse. Mount St. Mary’s was defeated by Texas Southern University in First Four play March 18.

FORT WAYNE — As Catholic Charities approaches its 100th anniversary in 2022, stories from past and present individuals, couples and families it has served are being collected. The stories will help Catholic Charities celebrate this milestone. 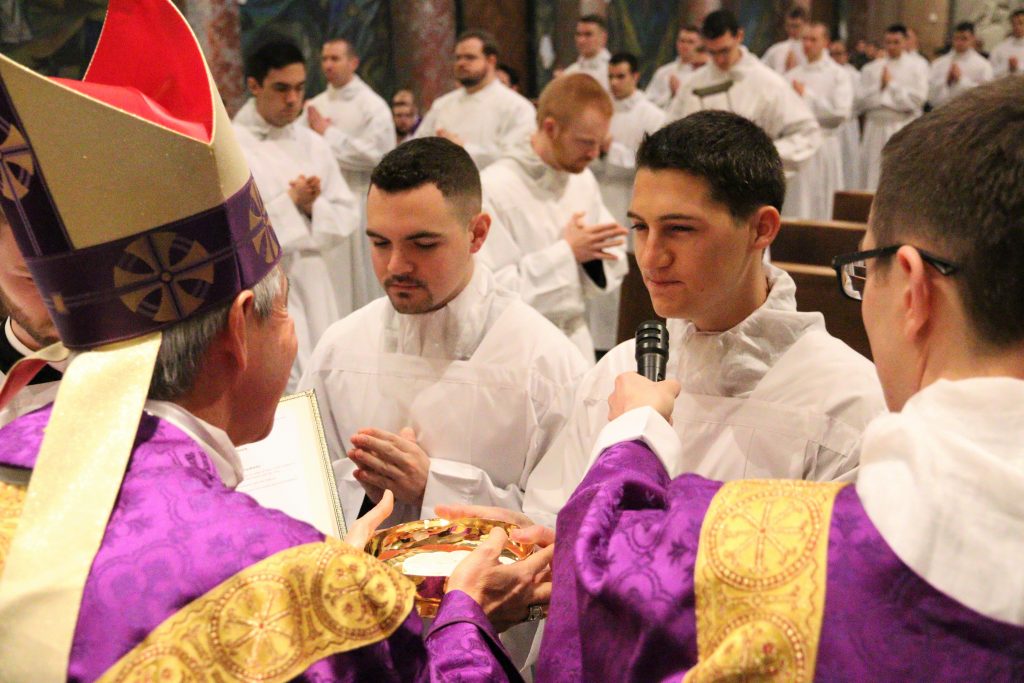 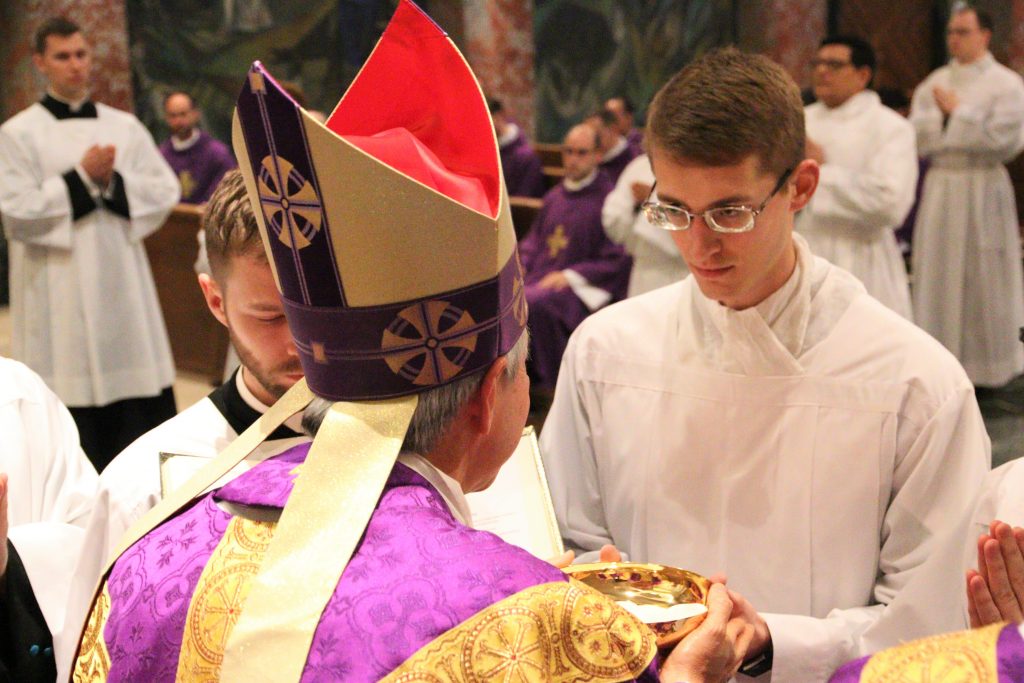 Photos provided by Pontifical North American College
Archbishop Jorge Carlos Patrón Wong, Secretary for Seminaries in the Congregation for Clergy, confers the ministry of acolyte on Zane Langenbrunner, in left photo, and Samuel Anderson, at right in right photo, seminarians of the Diocese of Fort Wayne-South Bend, March 7 at the Pontifical North American College in Rome. As acolytes, the seminarians are now commissioned to assist priests and deacons in the fulfillment of their ministries at the altar and in the distribution of holy Communion.