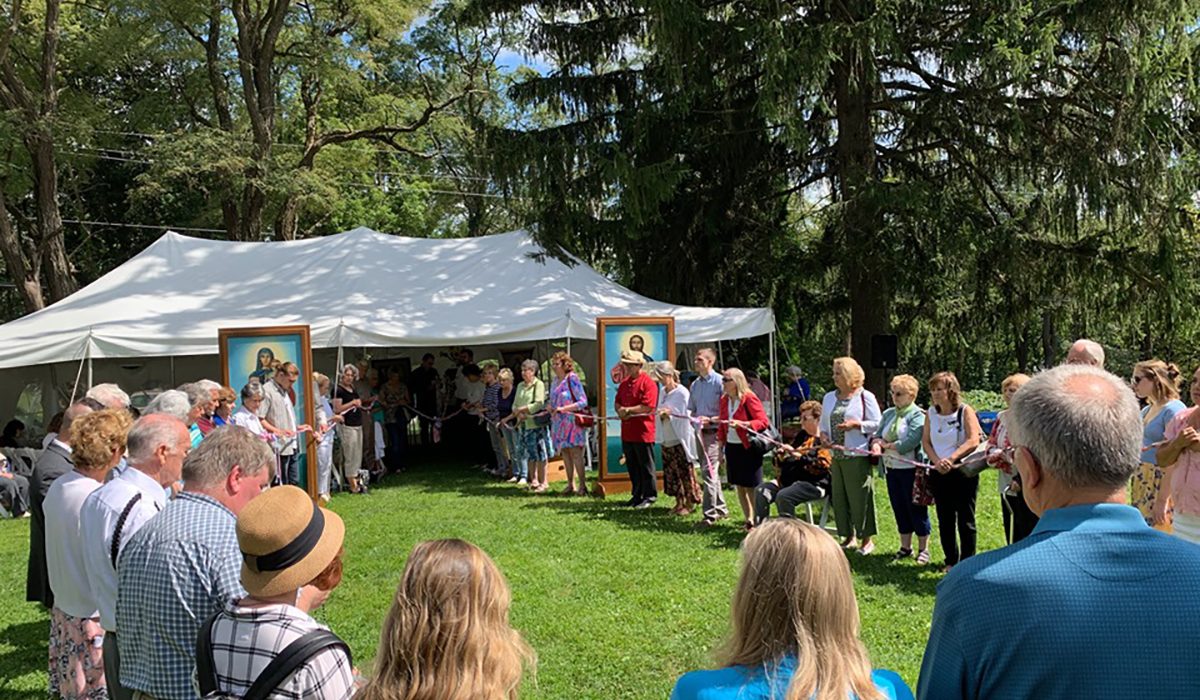 CENTRALIA, Pa. (CNS) — About 500 pilgrims came to a small church on the side of a Pennsylvania mountain Aug. 25 to pray for peace.

They gathered at Assumption of the Blessed Virgin Mary Ukrainian Catholic Church in Centralia, which overlooks the remains of an area mostly evacuated more than 30 years ago because of a mine fire. The church, built on rock, still stands.

“We need to be brought together in this world that we’re living in, for sure. We need the prayers,” said Mary Ellen Koval-Steeves, originally from the area, who drove down from Massachusetts for the event.

“This is our tradition to keep alive. It’s incumbent upon us for what our people passed down to us to keep it going. I feel very strongly about that,” she told the Republican Herald daily newspaper in Pottsville.

Michael O’Connor, supreme secretary of the Knights of Columbus, came to the pilgrimage from Connecticut and told the local newspaper, the Reading Herald, that the small Pennsylvania church exuded holiness.

“People are really drawn here,” he said. “This is holy ground.” 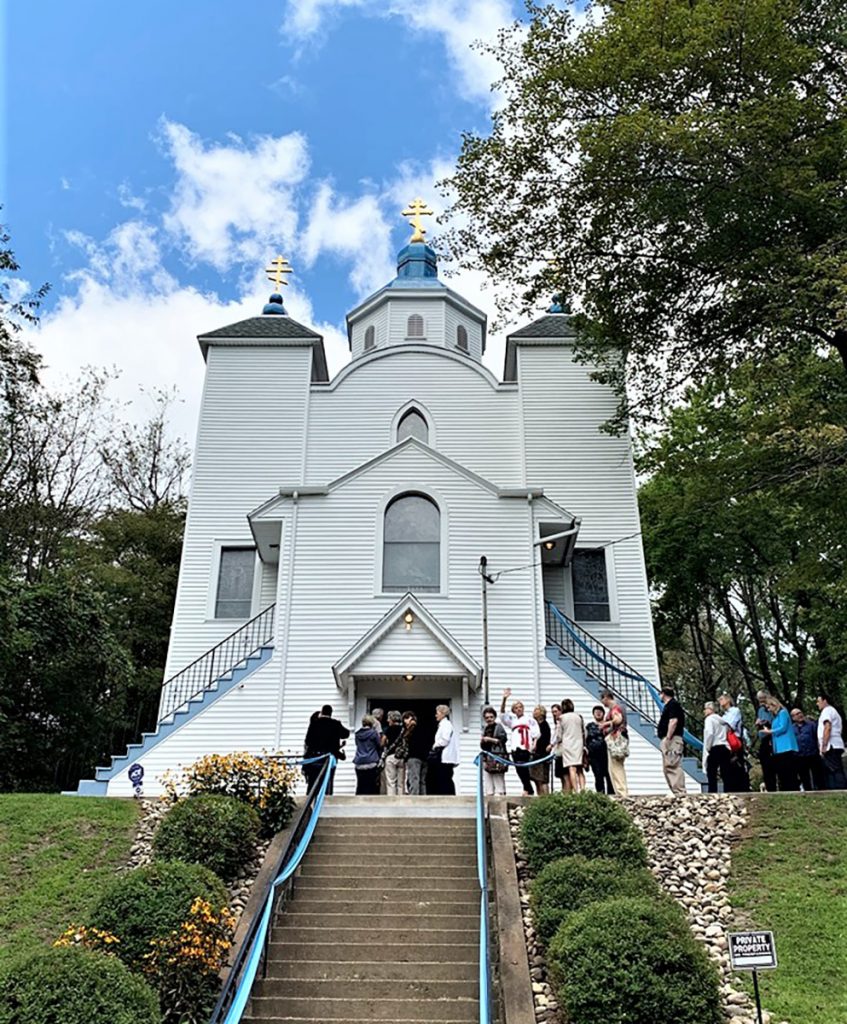 Pilgrims proceed into Assumption of the Blessed Virgin Mary Church in Centralia, Pa., Aug. 25, 2019. About 500 pilgrims went to the small church on the side of a Pennsylvania mountain to pray for peace. (CNS photo/courtesy Ukrainian Catholic Archeparchy of Philadelphia)

Centralia’s former mayor, Anne Marie Callahan Devine, who lived through seeing her hometown destroyed and all the buildings in the town, including her house, demolished, also told the Reading Herald: “We’re here by the grace of God. You can really feel God’s presence in this beautiful place.”

The fourth annual pilgrimage, in honor of the Feast of the Assumption of the Blessed Virgin Mary, drew participants to the only structure to have survived the mine fire, which resulted in the demolition of the town around 35 years ago.

In 1984, the federal and state governments allocated $42 million for the demolition of the town, once a center of anthracite mining. An underground mine fire’s fumes made the town uninhabitable.

The church was filled to standing room only for the Divine Liturgy. To accommodate the crowd, an outside area was set with a large TV monitor and speakers for people to watch the service. 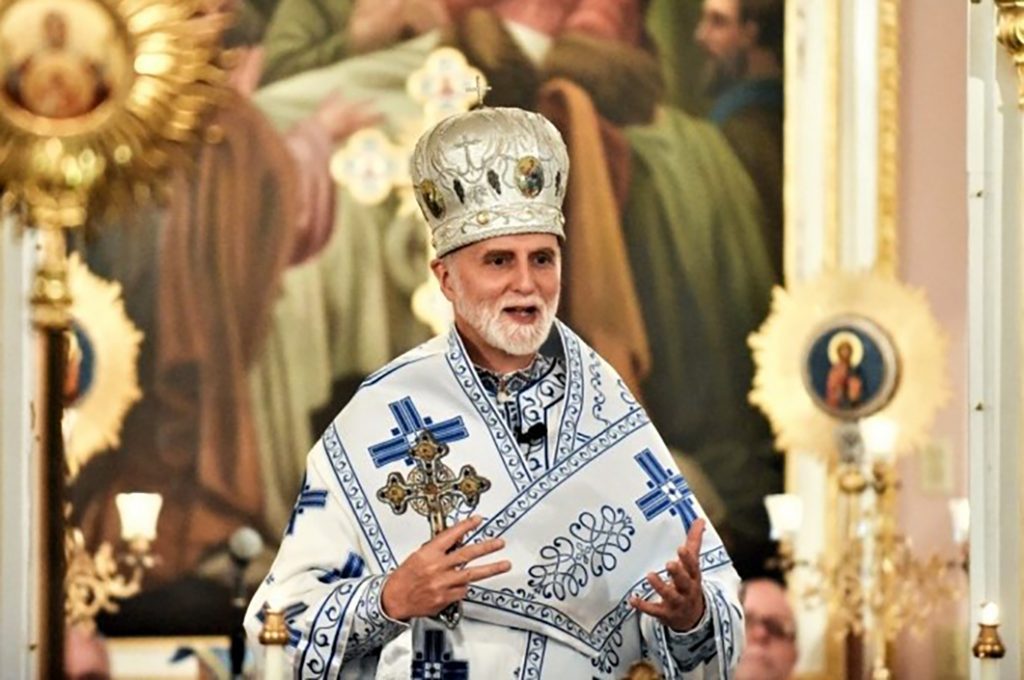 Metropolitan-Archbishop Borys Gudziak, head of the Ukrainian Catholic Archeparchy of Philadelphia, is seen at the Blessed Virgin Mary Church in Centralia, Pa., Aug. 25, 2019. He spoke about the need to live by faith and urged the congregation to use the Centralia mine fire as a metaphor and not allow the devastation that surrounds the church to cloud their mission. (CNS photo/courtesy Ukrainian Catholic Archeparchy of Philadelphia)

Metropolitan-Archbishop Borys Gudziak, head of the Ukrainian Catholic Archeparchy of Philadelphia, spoke about the need to live by faith and urged the congregation to use the Centralia mine fire as a metaphor and not to allow the devastation that surrounds the church to cloud their mission.

“We come together to be whole, to receive the sacraments, to live a fruitful life and serve with generosity,” he said. “Let us go from this beautiful place with a new hope.”

After the Divine Liturgy, a procession took place with a copy of the Icon of Our Lady of Pochaiv, which was placed in the outside chapel for veneration.

Priests were available during the early afternoon for the sacrament of reconciliation and participants took part in a living rosary. Later in the day, there was a candlelight procession with the icon of Our Lady of Pochaiv back to the church for celebration of a “moleben,” a service asking for God’s intercession.

The day of prayer was led by bishops from three Catholic traditions: Ukrainian Catholic, Roman Catholic and Ruthenian Byzantine Catholic. 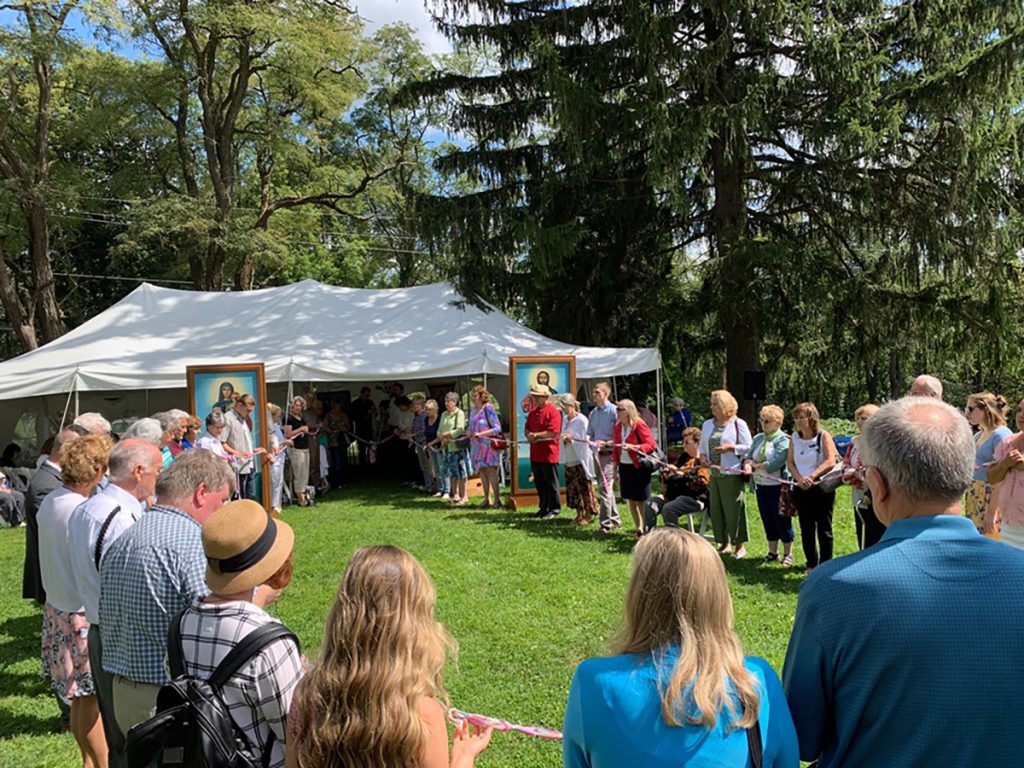 The first pilgrimage to the Centralia church was held in 2016 and the story of this unique pilgrimage site has been told throughout the world. It was the cover story for the Christmas 2018 edition of Reader’s Digest and BBC News did a feature story in February 2018.

During a 2015 visit, Major Archbishop Sviatoslav Shevchuk of Kyiv-Halych, Ukraine, the head of the worldwide Ukrainian Catholic Church, marveled at the continuing presence of the church in Centralia. He also noted how this coal region parish fostered vocations of four men to the priesthood and three sisters to religious life.

With the visit of Major Archbishop Shevchuk and the encouragement of now-retired Metropolitan-Archbishop Stefan Soroka of the Ukrainian Catholic Archeparchy of Philadelphia, the place was designated a holy site of pilgrimage.