“He shouldn’t have even been alive, the doctors said. His heart was beating like he was constantly running on a treadmill,” Ann Coakley explained of her husband, Paul. 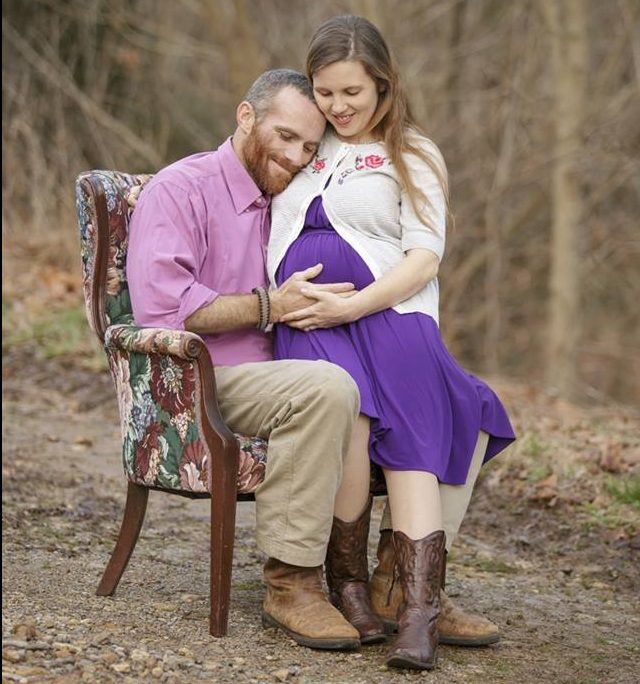 She described him as “healthy, strong, active” right up until two days before Christmas 2014, when he began coughing up blood. They raced to the emergency room of Vanderbilt Hospital in Nashville, Tennessee, and discovered that the former Junior Ironman winner had terminal testicular cancer.

Antonio Marchi, program director of St. Joseph County Right to Life, said that because an out-of-state abortion chain continues to attempt to push its agenda into the South Bend community and a national organization is trying to legalize physician-assisted suicide in Indiana, it was appropriate to reach out to Ann to serve as keynote speaker for the organization’s annual prayer dinner, Thursday, April 12. She shared the story of her late husband’s faith-filled witness to Christ as he died of cardiac carcinoma. Ann was six months pregnant at the time and caring for three young children at home.

“(During his) two weeks in the hospital, he suffered so much pain and agony. He told me once, there, ‘I need to remind you of something. One time … on retreat, I told God that I would be open to being called to a martyr’s death.’ I told him that perhaps it would be more like Abraham’s, call, when he was tested but then drawn away. But we agreed that whatever it is, it is God’s will.” 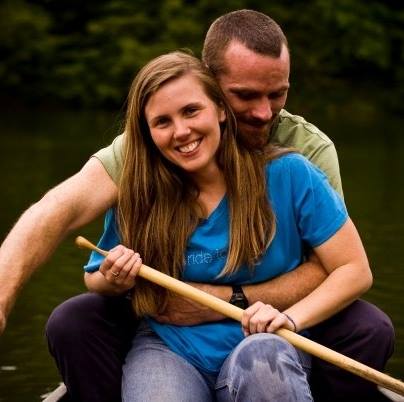 The couple, both graduates of Franciscan University of Steubenville, met when Ann worked at an outdoor camp Paul ran in California. Two weeks later, Paul asked her out on a date. A year after that they married. But both had been praying for their future spouses for a long time. Ann’s mother gave her the Sweetheart’s Prayer to say for her future spouse when she was just 13 years old; Paul prayed three Hail Marys each day for his future spouse.

Not knowing each other yet, they strived to live lives of purity and holiness, participating in the sacraments and an active, Catholic life. Even after their marriage, they prayed the commitment prayer of St. John Chrysostom while they looked into each other’s eyes. They established a family routine of prayer time after Mass, during which they asked God for their children’s purity, vocation and a holy spouse, if they were to be called to marriage.

The Coakleys suffered three miscarriages during their marriage, one with twins; they spoke of those children while Paul was dying in the hospital, taking on over 2 liters of extra fluid. They framed the conversation in terms of their futures. “You take care of the four children in heaven,” she told him, “and I’ll take care of the four here on earth.” 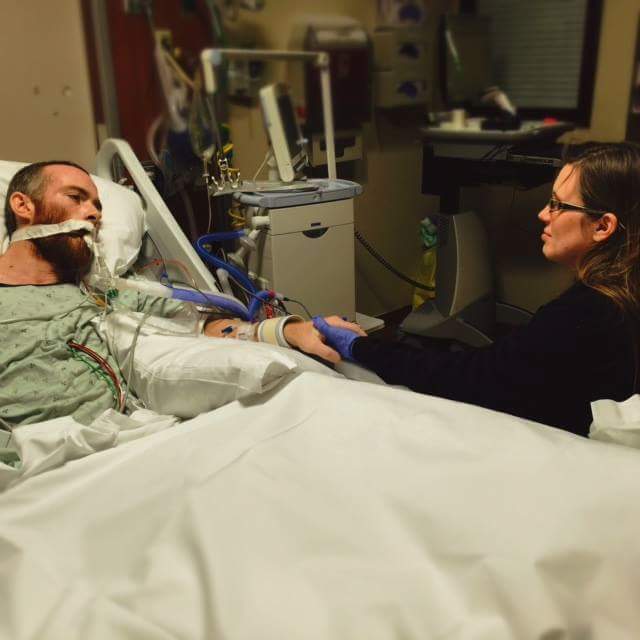 The last weeks of Paul’s life were “so emotional and hard and yet so beautiful,” Ann reflected. “They are such a gift.

“It was incredibly hard to see my ‘Superman’ go through such suffering. We knew, though, that years of his athleticism and spiritual training were all part of God’s way of preparing him for this final battle.”

Ann spoke of how people wrote and called them, asking for prayers. The Coakleys wrote down everyone’s name in a prayer journal, and as Paul was suffering, Ann would read each aloud, allowing him to unite his pain with Jesus’ own on the cross; offering it for each soul and intention and becoming a part of Christ’s own redemptive suffering.

In his final days Ann witnessed what she calls a miracle: a last moment of consciousness, where Paul sat up in bed. “His eyes spoke to me,” she said. “He started blowing kisses to me. Those were the last kisses I ever received from him. Paul didn’t pass away for another day and a half, but that was the last time I saw my husband awake. We had received our miracle: a beautiful goodbye, and later, a happy and peaceful death.

“If Paul hadn’t been willing to suffer a little longer, we would have missed that gift. I truly think God allowed Paul some private gift that helped him see the joy and beauty of the moment. Perhaps a glimpse of the souls that he was helping bring to Christ by his prayers and suffering? Only God knows, but I am eternally grateful for the prayers of all of you who were #prayingforpaul.”

In his final hours, with Paul in a comatose state, Ann, who was six months pregnant, laid in the hospital bed with him and held him. “There were so many final graces those days. He had final moments to suffer and offer to God. He raised his arms and looked as if he was welcomed into God’s own.” 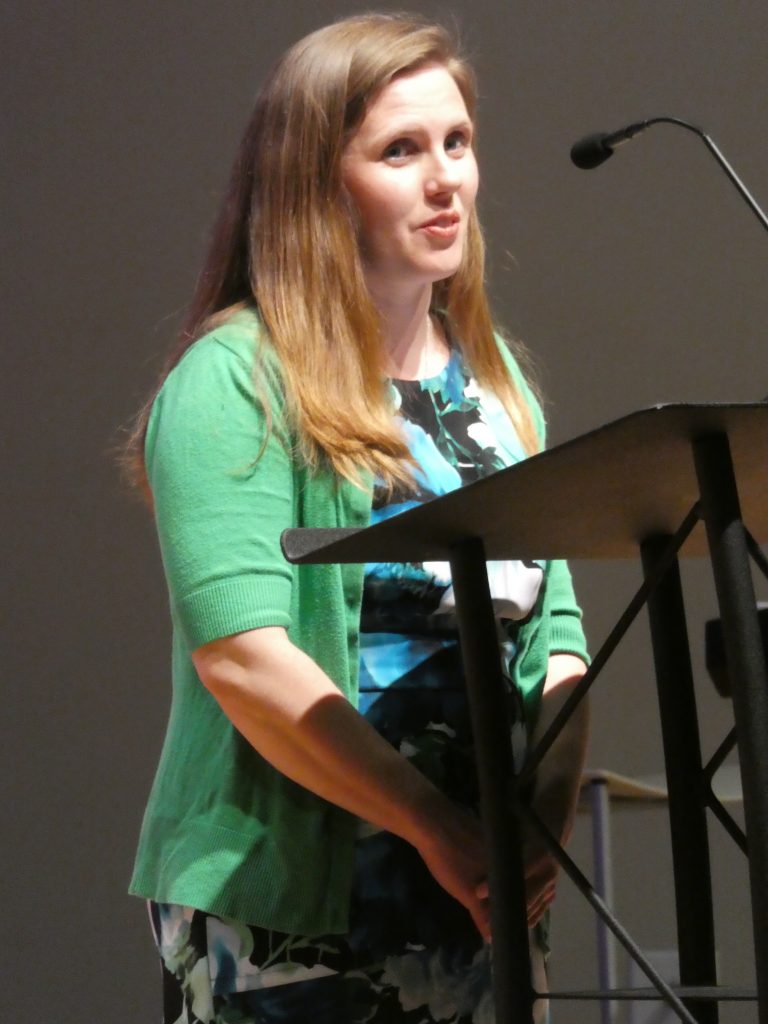 Ann reflected without judgment on the deep sadness she feels for those who are denied this important time with loved ones, due to cases such as physician-assisted suicide. She remembers Paul coming out from an MRI, she said, and seeing on the table in the waiting room Brittany Maynard, touted as a heroine on the cover of Time magazine. The fight for his life that Paul suffered through was used for good, but many people are denied this basic, human experience because their loved ones are often afraid of pain or suffering. She caringly explained how suffering can be used for good, something Catholics believe because of the experience of Jesus on the cross; it is not something to run away from or dismiss. Paul’s life highlighted the fullness of the Paschal Mystery, where his wife accompanied and walked with him. As a result, thousands of people were touched by his witness.

“Many people don’t understand the beauty of redemptive suffering or the graces that come with such suffering. In our society, where comfort is paramount, it is a very difficult idea to understand. Suffering makes us stronger, just as the pain of running tones and strengthens our bodies. Paul tried to fast at least twice a week for most, if not all, the years of our marriage. He knew the value of denying his own desires so that he could grow in spiritual strength.

“Paul was joyful, athletic, charismatic. Everyone wanted to be with him. He reminded people to live the life that God has intended for us.” 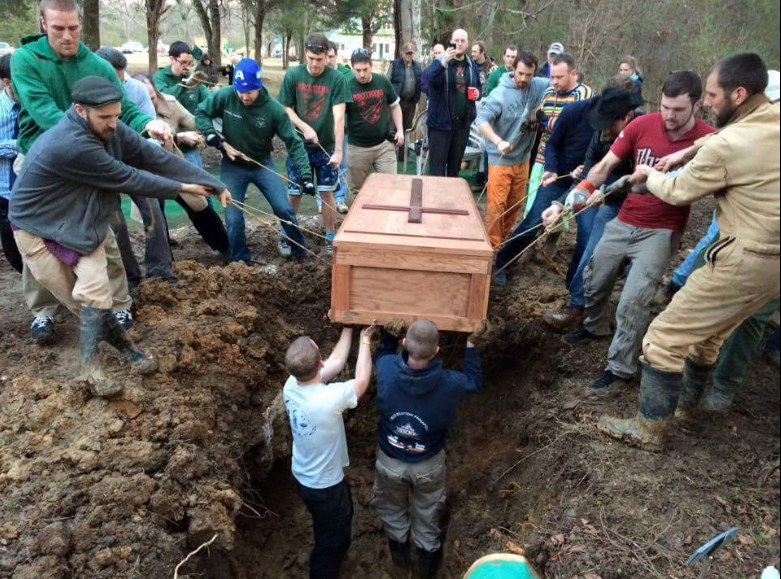 Over 10,000 people followed the family’s story on Facebook at “Team Paul and Ann Coakley,” which Paul’s best friend set up while he was in the hospital to share the sudden news of his friend. This started the hashtags — first #prayingforpaul and later #livelikePaul — and a fundraiser for the Coakley family, to help pay medical bills, renovations of the old family farmhouse and support Ann and the four living children. Friends and people they had never met donated both time and treasure. “Paul had literally laid a new foundation to the family farmhouse, where my grandfather had died and I delivered our baby, Paul Blaze.”

After Paul’s passing, Ann wrote on the Facebook page — often cathartically — of the family’s developments and God’s grace as they mourned the loss of their husband and father. One post shared, “I was reading Paul’s Bible today and found this verse that he had underlined from 1 Peter 4:13 ‘but to the degree that you share the sufferings of Christ, keep on rejoicing, so that also at the revelation of His glory you may rejoice with exultation.’ Can I get an Amen?”

Ann speaks in public on occasion, and hopes to write and share Paul’s life; but she focuses mainly on caring for their three boys and one girl, who are now 3 to 9 years old.

To this day, “the Mass is both the hardest and a high point of the week” for Ann. “I feel most alone and yet most connected during the consecration, so close to Paul and the communion of saints, knowing he is there right in front of the beatific vision.”

When describing her current spiritual life, Ann reflected on the primary importance of the sacraments, especially the Eucharist as often as possible as well as the Liturgy of the Hours, which she prays through the Laudate App. “We lost our strong, spiritual leader in the family. It has definitely been different. My life feels like a constant prayer, like nuns living in the convent, saying daily, little prayers. ‘Dear Jesus, I’m suffering for you, please help the poor souls in purgatory.’” She says this all with a beautiful smile, radiating God’s own peace and love. 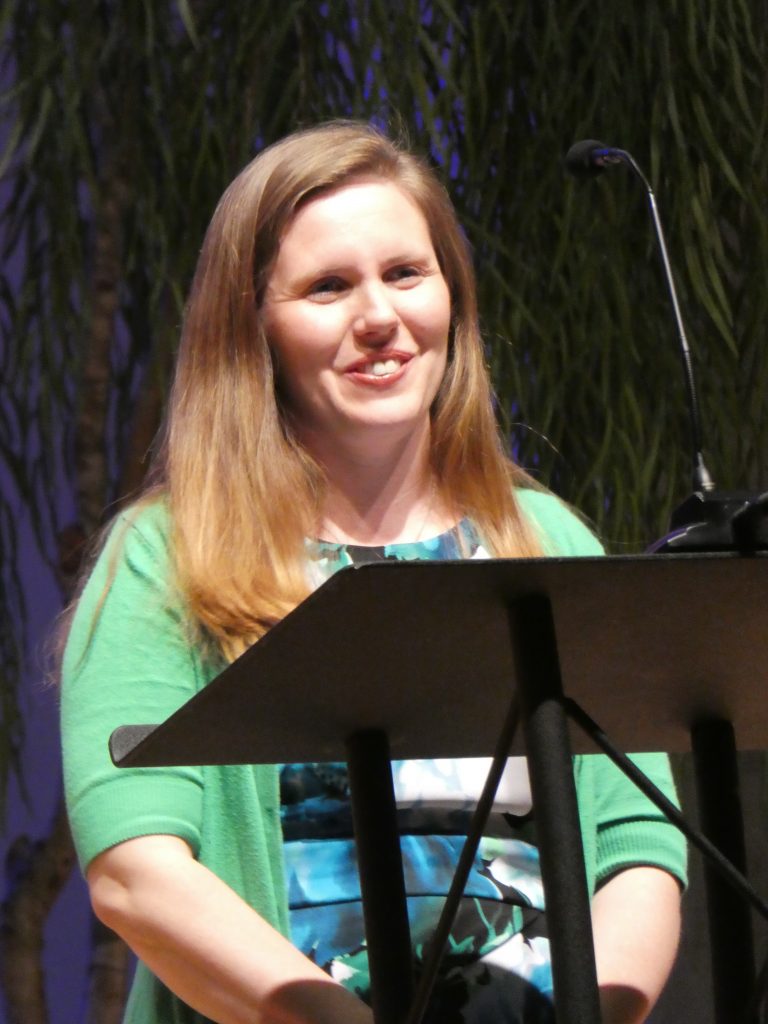 At the end of her keynote speech, Coakley suggested, “Don’t be afraid! Nothing can shake us for God is with us … He only wants our good. The worst nightmare of my life happened, and I’m OK.”

“Let us live a sacrifice of love, to go out of our comfort zone, be present to people and live a witness of life, not forgetting anyone. Allow the Holy Spirit to move through us, living out of love of Christ. Don’t fear! Our job is to love. … We are a culture of life; You are a culture of life. Every life is so precious. Let the Lord love you!”