As the 2021 legislative session drew to a close this week, the Indiana Catholic Conference and other advocates were hoping to see a long-sought-after update to a crucial cash assistance program for the neediest Hoosiers.

But that pivotal portion of the legislation concerning Indiana’s Temporary Assistance for Needy Families program appeared to be heading for another roadblock. During a conference committee meeting on Monday, lawmakers removed recently added language to a TANF bill that would have increased cash payments to families in deep poverty for the first time since 1988.

“While we are very grateful that many important provisions in the bill remain, it is disappointing to get this close yet again to making a meaningful expansion to TANF and not reaching the finish line,” said Jessica Fraser, program manager for the Indiana Institute for Working Families and a longtime advocate on this issue. 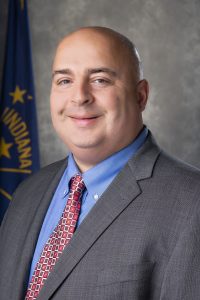 At press time, lawmakers were taking final action on a several-times-revised bill concerning TANF, which is funded by a block grant from the federal government. As in previous years, Sen. Jon Ford, R-Terre Haute, had led the charge to modernize TANF in Indiana by pushing for the first monthly increase in cash payouts in 33 years and dramatically expanding eligibility for the program.

“It’s not even costing the state of Indiana to make these changes,” said Ford, who introduced Senate Bill 233 to address the issues.

But after easily passing the Indiana Senate, the bill never received a hearing in the House Ways and Means Committee. Instead, late in the session, the language from Senate Bill 233 was amended into House Bill 1009, another TANF-related measure. A dissent to the amendment led to Monday’s conference committee to reconcile differences in the House and Senate versions of the legislation. 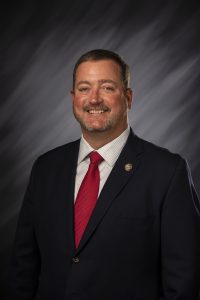 Authored by Rep. Chuck Goodrich, R-Noblesville, House Bill 1009 would ensure that income earned through internships or apprenticeships by dependents under age 24 do not disqualify an eligible household from receiving TANF benefits and are not considered in determining the amount of assistance a family receives. It also would increase the Earned Income Tax Credit to 10% from 9%, providing additional relief to lower-income working Hoosiers, according to Goodrich.

“I really want to get this done for families,” Goodrich said.

The lawmaker estimated that the EITC increase could put roughly $11 million back into the hands of financially challenged working families each year. In addition, he said removing barriers for young Hoosiers looking to gain work experience and skills without jeopardizing their family’s assistance through TANF is more critical now than ever.

“As the economy continues bouncing back from the disruption caused by COVID-19, skilled workers are needed to fill in-demand jobs across the state,” Goodrich said. “However, some Hoosiers are not pursuing free education and work-based training opportunities because a higher paycheck could disqualify their family from benefit programs like TANF.”

TANF itself encourages workforce development for all eligible adults through intensive job training, child care and other services, with self-sufficiency the ultimate goal, according to Ford.

“It’s everything we say as a state that we want,” Ford said.  “We want people to have better training and certifications so that they can get better jobs. This program helps people get on their feet and get to a place where they can provide for their families — everything that people need when they’re down on their luck.”

For those in deepest poverty, TANF’s cash assistance payments are a lifeline. But those monthly payouts — $288 for a family of three, for example – have not been increased since they were set by state law 33 years ago.

Moreover, only a fraction of the poorest families in Indiana currently receive even those modest benefits from the federal program because of outdated eligibility guidelines — another issue that Senate Bill 233 had been designed to address.

Currently, only six in 100 families in deep poverty are being helped by the program, according to Ford. The primary reason is that Indiana’s eligibility level for TANF is the fourth-lowest in the United States, behind Louisiana, Arkansas and Alabama. To be eligible for TANF, the maximum income of a Hoosier family must be less than 17% of the federal poverty level.

Indiana set its income requirements to qualify for TANF in the mid-1990s, when welfare reform was signed into law by then-President Bill Clinton. Those eligibility guidelines have not been adjusted for inflation since then.

Had the provisions from Ford’s bill remained, House Bill 1009 would have expanded eligibility for TANF and increased the monthly payment amounts for a family of three from $288 to $513. Those amounts also would have been modified annually using Social Security cost-of-living adjustment rates.

“We were glad to see the language from Sen. Ford’s bill added to House Bill 1009 and are dismayed that it was once again passed over,” said Angela Espada, executive director of the Indiana Catholic Conference, the public policy voice of the Catholic Church in Indiana. “Beyond the cash benefits, which are certainly critical, TANF also promotes the dignity of workers. Especially considering the devastation that many families have gone through because of the coronavirus pandemic, the needs have never been greater.”

Advocates are frustrated and puzzled as to why efforts to modernize TANF in Indiana continue to stall at the Statehouse.

“Families in Indiana need these changes, and they have needed them for a long time,” Fraser said. “We will keep up the fight.”

To follow this and other priority legislation of the ICC, visit www.indianacc.org. This website includes access to I-CAN, the Indiana Catholic Action Network, which offers the Church’s position on key issues. Those who sign up for I-CAN receive alerts on legislation moving forward and ways to contact their elected representatives.