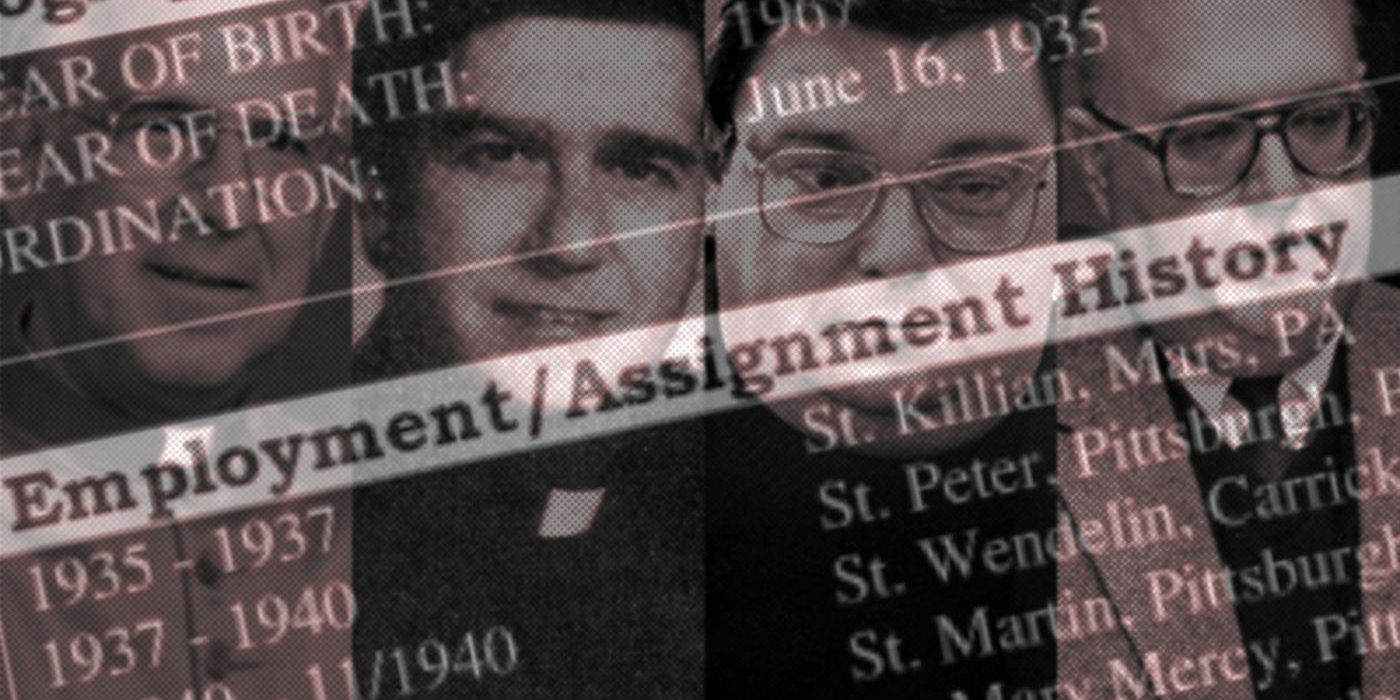 WASHINGTON (CNS) — The conclusion reached by a Pennsylvania grand jury that six of the state’s Catholic dioceses acted “in virtual lockstep” to cover up abuse allegations and dismiss alleged victims over a 70-year period starting in 1947 is “inaccurate,” “unfair” and “misleading,” said a veteran journalist in an in-depth article for Commonweal magazine.

The grand jury report was based on a months-long investigation into alleged abuse by clergy and other Church workers in the Pittsburgh, Allentown, Scranton, Erie, Harrisburg and Greensburg dioceses, and it makes “two distinct charges,” said Peter Steinfels, a former editor of Commonweal, former religion writer for The New York Times and professor emeritus at Fordham University in New York.

The first “concerns predator priests, their many victims and their unspeakable acts” and is, “as far as can be determined, dreadfully true,” he said in the article posted at www.commonwealmagazine.org.

Its second charge, he said, has had the “greatest reverberations” and is not documented by the report: the explosive claim that Church leaders mishandled these abuse claims for decades, moved around many of the accused abusers to different assignments and were dismissive of the alleged victims -— all reportedly resulting in a major cover-up.

“Stomach-churning violations of the physical, psychological and spiritual integrity of children and young people” are documented in the report, Steinfels said, as well and how “many of these atrocities could have been prevented” by promptly removing credibly suspected perpetrators from all priestly ministry. It shows that some Church leaders seemed to have an “overriding concern” for protecting the church’s reputation while disregarding children’s safety and well-being, he said.

A third or more of the crimes documented in the report, he said, “only came to the knowledge of church authorities in 2002 or after.” In 2002, the U.S. bishops approved their “Charter for the Protection of Children and Young People,” which mandated automatic removal from ministry when a priest or Church worker is accused of abuse.

But Steinfels said that if one reads the full report carefully, “it is clear” that it “does not document the sensational charges contained in its introduction —namely, that over seven decades Catholic authorities, in virtual lockstep, supposedly brushed aside all victims and did absolutely nothing in the face of terrible crimes against boys and girls — except to conceal them.”

The grand jury says “’all’ of these victims … were brushed aside, in every part of the state, by church leaders who preferred to protect the abusers and their institutions above all,” he wrote. “Or as the introduction to the report sums it up, ‘Priests were raping little boys and girls, and the men of God who were responsible for them not only did nothing; they hid it all.’”

“This ugly, indiscriminate and inflammatory charge, unsubstantiated by the report’s own evidence, to say nothing of the evidence the report ignores, is truly unworthy of a judicial body responsible for impartial justice,” he said.

This charge “is contradicted by testimony submitted to the grand jury but ignored — and, I believe, by evidence that the grand jury never pursued,” noted Steinfels.

“The report’s conclusions about abuse and cover-up are stated in timeless fashion,” he said. “Whenever change is acknowledged, the language is begrudging.”

Steinfels said his conclusions about the report do not “acquit the Catholic hierarchy of all sins, past or present” regarding the abuse crisis. “Personally, I have a substantial list,” he added.

But right now, he stated, “the important thing is to restore some fact-based reality to the instant mythology that the Pennsylvania report has created.”

He said the grand jury could have reached accurate and “hard-hitting findings about what different church leaders did and did not do,” but chose “a tack more suited” to society’s current “hyperbolic, bumper-sticker, post-truth environment.”

Steinfels reached his assessment on the report by reading its “vast bulk,” he said. He noted that in some PDFs of the report posted online it consists of 884 pages; but other versions include over 450 additional pages consisting of “photocopied responses from dioceses, former bishops, other diocesan officials, and even some accused priests protesting their innocence.”

Released Aug. 14, the grand jury report was based on an investigation initiated by Pennsylvania Attorney General Josh Shapiro’s office. It linked more than 300 priests and other church workers to abuse claims during the 70-year period it covered and said alleged victims numbered over 1,000.

The day after its release was the feast of the Assumption, a holy day of obligation, Steinfels noted, and millions of Catholics that day “went to church sick at heart” because of the report. “I was among them,” he added.

“No Catholics serious about their faith, indeed no one of any sensitivity, could have read about the report without feeling horror and shame. And anger,” said Steinfels.

The report made international headlines, he noted, prompting the Vatican — along with the Pennsylvania dioceses’ bishops and the U.S. church’s national leadership — to express sorrow and shame. It has prompted attorneys general in other states to pledge the same kind of investigation; Illinois for one has begun a similar probe.

“It is possible that these investigations could be productive and salutary. But only if they make distinctions between dioceses, leaders and time frames,” something the Pennsylvania grand jury report does not do, Steinfels said.

As a veteran journalist quite familiar with deadline pressures, Steinfels said, he knows reporters were pressed to quickly get stories out on the report, so had to rely on its 12-page executive summary and were no doubt hard-pressed to find knowledgeable sources to interview who had actually read the report, he added.

“Almost every media story of the grand jury report that I eventually read or viewed was based on its 12-page introduction and a dozen or so sickening examples,” he said.

He acknowledged his conclusions about the report “are dramatically at odds with the public perception and reception” of it, so to substantiate them, it was “essential to examine, step by step, how this report was produced, organized and presented; what it omits as well as includes; and finally, whether a careful sampling of its contents supports its conclusions.”

With many Catholics “angry and dismayed” over abuse in the church, raising questions about the report “flies in the face of almost overpowering headwinds,” Steinfels said. “To question let alone challenge the report is unthinkable. It borders on excusing the crimes that bishops and other church leaders are accused of committing.”

“Before examining more closely what is in the report, it is important to ask what isn’t” in the report, Steinfels said. “Beyond those references to more than 300 predator priests — actually 301 — and more than 1,000 child victims, to dozens of witnesses and half-a-million subpoenaed church documents, there are almost no numerical markers.

“There is, for example, no calculation of how many ordained men served in those six dioceses since (the mid-1940s), a figure that might either verify or challenge previous estimates of the prevalence of sexual abuse among the clergy. There are no efforts to discern statistical patterns in the ages of abusers, the rates of abuse over time, the actions of law enforcement, or changes in responses by church officials.

“Nor are there comparisons to other institutions. One naturally wonders what a 70-to-80-year scrutiny of sex abuse in public schools or juvenile penal facilities would find,” he added.

Steinfels said it is true “that disturbing instances of apparent failures by church officials continue to come to light — and will no doubt continue to do so, especially as the line between past cases and current ones is regularly blurred, and as cases from all around the world are increasingly blended with a few American ones into a single narrative.”

“Church leaders must remove persistent doubts that these failures are being thoroughly investigated, with consequences for those found responsible,” he said.

Regarding Pennsylvania, “whether one looks at the handling of old allegations or the prevention of new ones, the conclusion that a careful, unbiased reading of the Pennsylvania report compels is this: The Dallas charter has worked,” he said.

“(It has) not worked perfectly” and is “not without need for regular improvements and constant watchfulness,” he said, but it has worked.

“Justified alarm and demands for accountability at instances of either deliberate noncompliance or bureaucratic incompetence should not be wrenched into an ill-founded pretense that, fundamentally, nothing has changed,” he said.

“Just as the grand jury report correctly though not consistently points to ‘institutional failure,’ something beyond the virtues and vices of individual leaders, the Dallas charter has apparently proved to be an institutional success,” he added. “It set out, and has regularly fine-tuned, procedures, practices, and standards that can be overseen by middling caretaker leaders as well as outstanding, proactive ones.”

The bishops’ charter is “not a recipe that can simply be transferred to any society or culture or legal and governmental situation around the globe,” Steinfels remarked, but he said the U.S. bishops “should go to the Vatican’s February summit meeting on sexual abuse confident that the measures they’ve already adopted have made an important difference.”