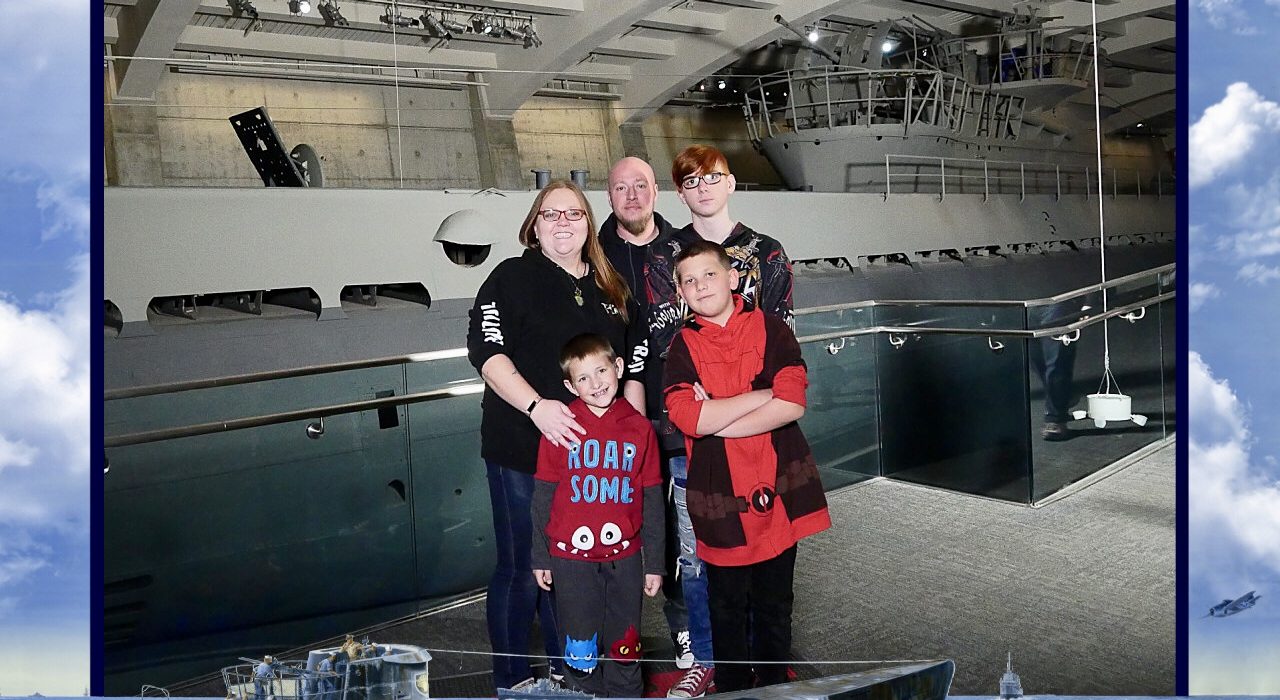 The shield and cross tattoo on Joe Schmaltz’s right forearm bears words that could be the Schmaltz family motto – “By the grace of God.” Only by God’s grace could Joe and his wife, April, have found the strength to stand alongside their son Wyatt as he battled cancer four times in his young life.

Wyatt lost that battle on July 24. But before he died, the 9-year-old won the hearts of an entire city. 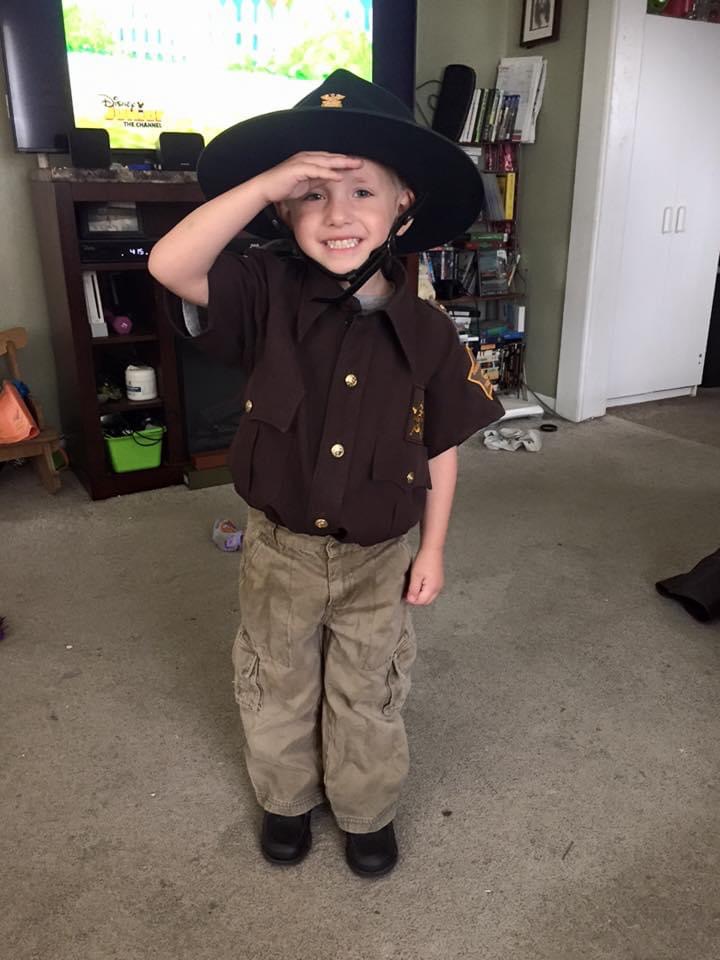 Wyatt was only 3 when he was diagnosed with a rare form of cancer called neuroblastoma, which is less responsive to treatment than other types of cancer. According to Joe, the diagnosing physicians told them the survival rate is very low for a child who goes through one case of it. Wyatt not only went through it once, he relapsed three times in six years. He beat it three times before succumbing to the fourth bout.

“He had a total of 67 rounds of radiation in those six years. Countless chemotherapies,” his mother related.

Wyatt didn’t let the cancer get him down. He loved the same things other young boys love: superheroes, particularly Spider-Man; dinosaurs; and watching cartoons on TV. When he was not at Riley Hospital for Children in Indianapolis for treatment, he attended Horace Mann Elementary School in Huntington. 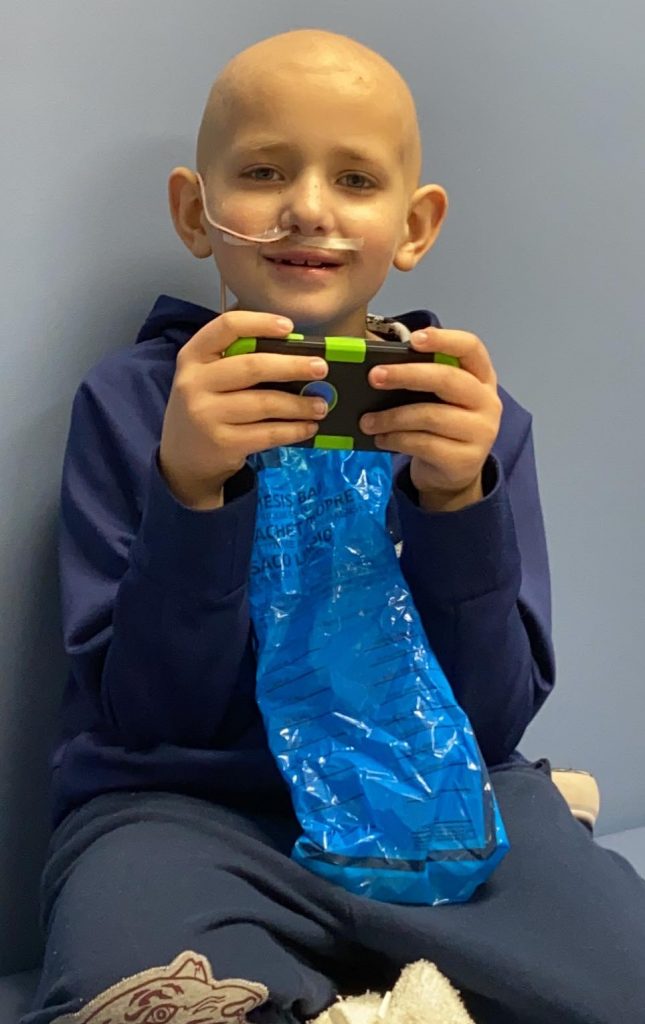 For Wyatt, cancer “was a secondary thing, it didn’t govern his life,” Joe said. “And it didn’t with us, either, because we didn’t focus on it like it was a life-threatening thing, but like it was an obstacle to overcome.” Wyatt wanted to focus on the future and enjoy each day.

“Wyatt was a prankster, but very caring. He had the biggest heart,” April said. The stories of his kindness during his short time on earth abound. “Even the doctors said they would be telling stories about him for years.”

The Schmaltzes are parishioners at St. Mary in Huntington. Over the years, Wyatt also developed a friendship with Father Tony Steinacker at SS. Peter and Paul, the other Catholic church in the city. Both parishes financially supported the family and their seemingly endless medical bills. They helped with funeral costs through a GoFundMe page.

Without this assistance, the family would have suffered tremendous financial hardship. Joe works at the General Motors plant in Fort Wayne, which endured two extended shutdowns in the last year – combined with his need for additional long leaves of absence to care for Wyatt. 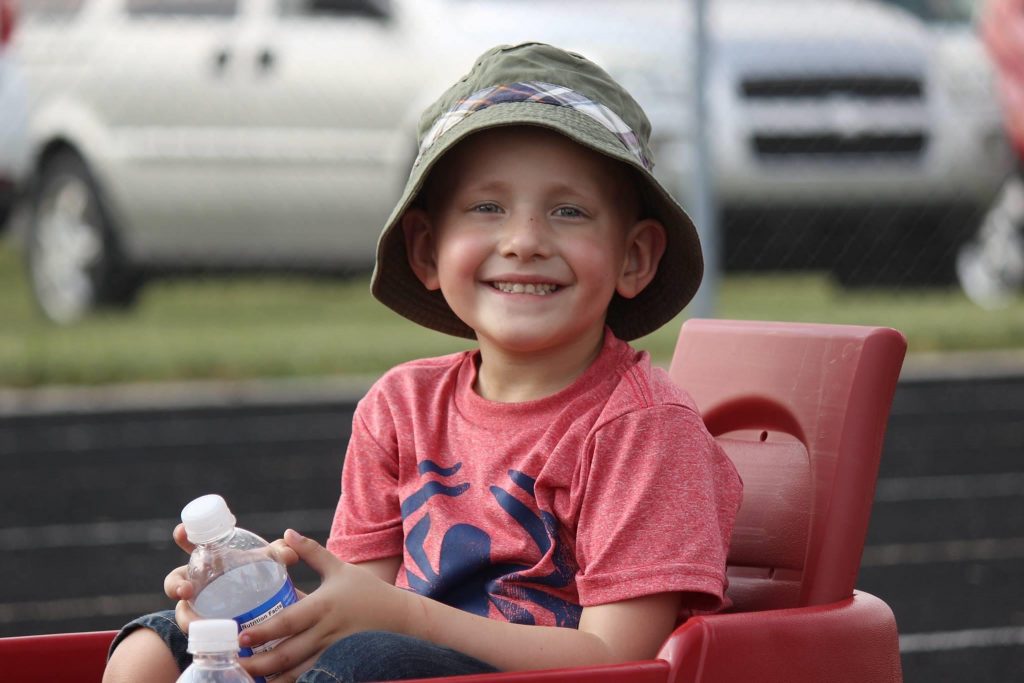 Wyatt united more than the Catholic community. Though he was too young to attend Camp Hero, a yearly program founded by the Huntington County Sheriff’s Office to foster relationships between children and first responders, he was made an honorary attendee at age 3. Current and previous sheriffs Chris Newton and Terry Stoffel made this possible. Stoffel, hearing that Wyatt would not be able to attend the graduation since he was at Riley, drove to Indianapolis and deputized him in his hospital bed. The sheriff’s department uniform that Wyatt treasured and in which he was laid to rest in was Newton’s, tailored down to fit Wyatt’s small frame.

Newton became deeply involved in Wyatt’s life, so April and Joe were surprised when they did not see him at the funeral home after their son’s death. But about an hour before the funeral Mass began, April was told the sheriff’s department had arrived.

“Every sheriff, every city police officer, every EMT, first responder — everybody from Huntington was there,” Joe said. “They processed through and every one of them shook our hands and told us they were there for us.”

Mayor Richard Strick, who also attended the funeral, officially declared that day, July 30, to be forevermore known as Wyatt Day in Huntington. Newton gave part of the eulogy; Father Steinacker gave the rest. Joe stated that in all his years as an altar server, he had never seen a priest break down during a funeral until that moment. They also found out later that the only way Newton had been able to maintain his composure throughout the funeral was with great effort and by not looking directly at the family. Many nurses from Riley also attended to grieve the loss of their beloved patient. 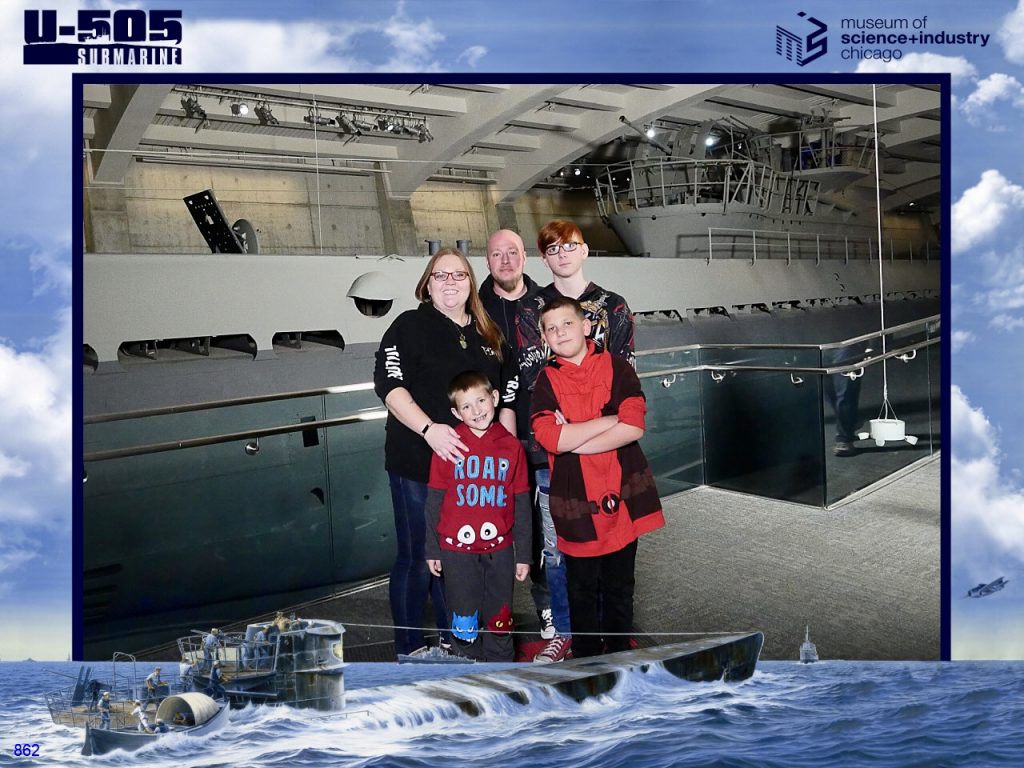 Provided by April Schmaltz
Wyatt Schmaltz, front left, rallied the Huntington parishes of St. Mary and SS. Peter and Paul around their Catholic faith as he fought cancer several times. He succumbed to the disease last month, a year after this photo of his family was taken during a trip to the Museum of Science and Industry in Chicago. Next to Wyatt is his brother, Caden; in the back row are parents April and Joe and son Deacon.

In many ways, Wyatt was exceptionally wise for a child his age. He never regarded his illness as a cause for lamentation, and he believed strongly in the presence of God working all around him. April recounted, “Wyatt was always adamant that Jesus is all around us … that everyone’s related. He told everyone that He’s real.”

Before his passing, Wyatt often thanked his parents for taking such good care of him and constantly apologized for needing so much care. Both parents firmly believe Wyatt is in heaven now, and they take comfort in knowing that he had received his sacraments, including the anointing of the sick. Joe and April also believe it was through divine intervention that Joe had called in sick to work the night Wyatt passed and they were able to hold him during his last moments on earth.

April admitted that dealing with the loss has been difficult. She has often questioned why God allowed her son to get cancer. Father Steinacker, who came to their house the evening Wyatt passed, comforted them.

“He was good at saying that it’s OK to question, it’s OK to falter at this time because that’s what you’re supposed to do. … It’s one of the steps of grieving,” April said.

As ironic as it may seem, Joe believes that dealing with cancer at such a young age formed Wyatt into the caring, sensitive person he was. “I think because of the fact that he had to deal with something like this when he was so young, it was an opportunity to him; either he was going to lie there and suffer or he was going to rise above it. And he did. So far above it.”

By the grace of God, the couple’s relationship has grown rather than suffered from the trials they have undergone. “A lot of parents going through this, it tears them apart, it ruins them. But I think we’re stronger for having been through it,” Joe confided.

Joe and April may be battered, but they are still standing together, moving forward as best they can. They even went on the vacation to Dinosaur World they had planned for Wyatt, taking along his giant Riley hospital bear in tribute to their son.

April feels she gets signs from Wyatt, such as when the wind chime decorated with Spider-Man stickers rings. It’s the only one in their yard that makes noise.

“It’s things that help, you know … help you to understand that he’s comfortable where he’s at.”