VATICAN CITY (CNS) — Young people representing their peers in Panama will hand the World Youth Day cross to young people from Portugal at the end of Pope Francis’ Mass Nov. 22 for the feast of Christ the King.

The young hosts of World Youth Day 2019 in Panama originally were scheduled to give the cross and a Marian icon to Portuguese representatives at the end of Mass on Palm Sunday in April. But the COVID-19 pandemic and its travel restrictions made that impossible.

Just a few weeks later, the Dicastery for Laity, the Family and Life, which coordinates World Youth Day, announced that the Lisbon event would be pushed back a year to August 2023.

The pope’s Mass and the passing of the cross will be livestreamed.

Leaders of youth and young adult ministry from bishops’ conferences around the world and from Catholic movements will join the virtual celebration after meeting online Nov. 18-21 for a conference titled, “From Panama to Lisbon — Called to Missionary Synodality.” 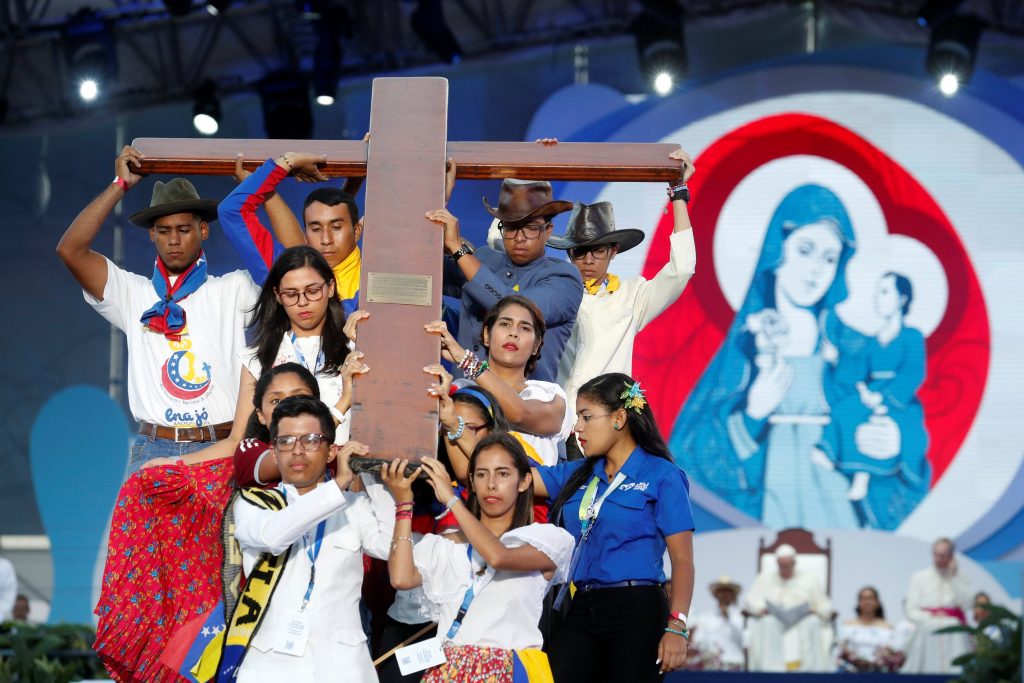