Joe Mauck has seen most of the country and met many Broadway and Hollywood stars during his lifetime. But he said his greatest life experiences were the “other blessings; very powerful blessings” he has received.

Mauck recently turned this perspective into a novel with a distinctly Catholic flair. “The Cross and the Godless” will go into print in early December. 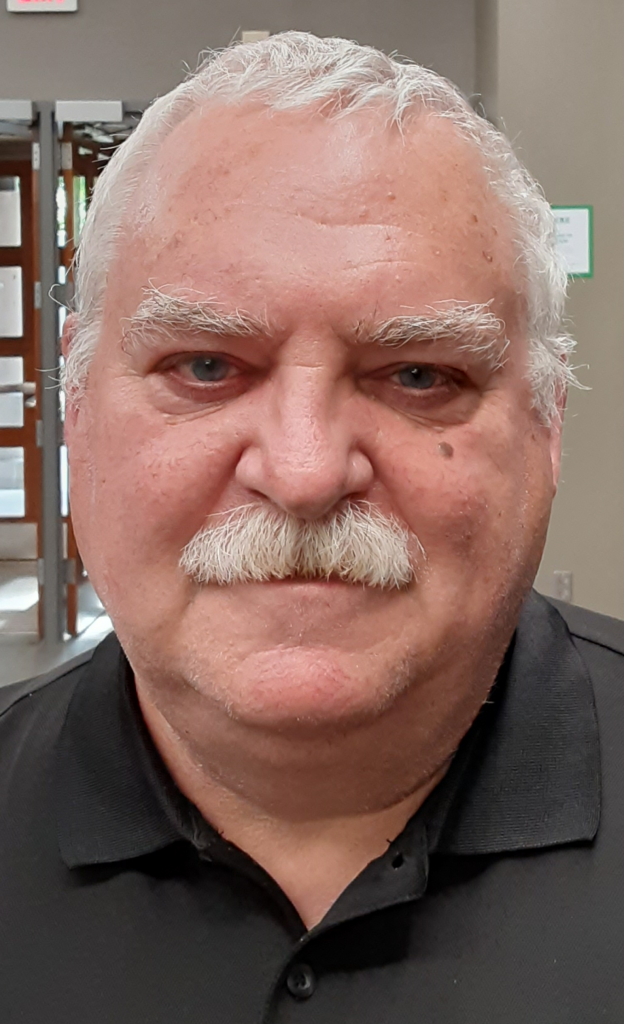 The storyline revolves around a wooden cross that is somehow linked to the mysterious deaths of Central American immigrants along the U.S.-Mexico border. The case brings together a male FBI investigator and a pregnant social worker with ties to the deaths. Much research went into the writing, and Mauck’s travels to the area years ago provide a solid backdrop for the story. Numerous characters are devout Catholics, and there is a distinctly pro-life message woven throughout.

“I wanted to write my book to be an answer to the constant stream of hating religion and hating America, hate, hate, hate,” Mauck explained. “I said, ‘I can write a mainstream thriller in the same style as any of these great thriller writers … I can do it with Catholic characters and not apologize, and I can make it pro-life and not apologize.

The initial idea for the story came to Mauck almost 20 years ago but became “stuck in limbo.” It would not exist in its present form without a conversion story — his own. 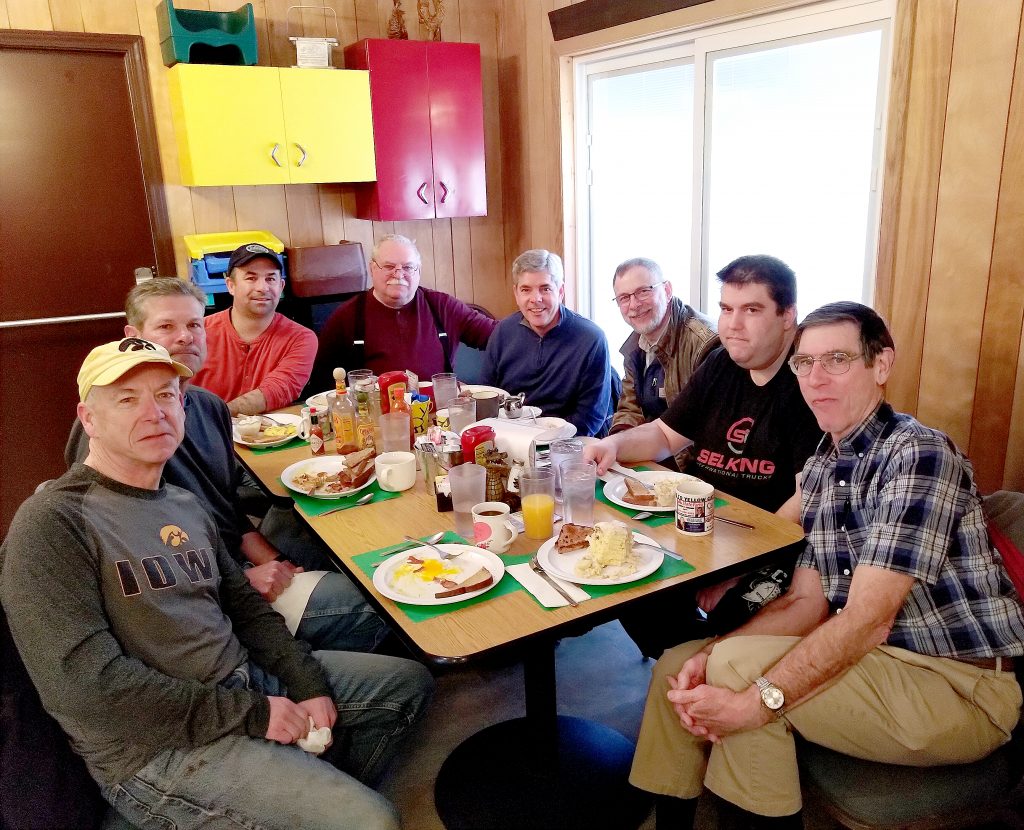 Photos provided by Joe Mauck
Catholic writer Joe Mauck meets with his friends in the faith for breakfast at the Yellow Cat Café in South Bend. This has been a tradition for the past 12 years: The men, who are from various parishes, support and pray for each other. They have also encouraged Mauck in his writing.

Mauck had been raised in the Midwest in a Protestant denomination. When he was 5 years old, he was hit by a car and nearly died. For years afterwards, he suffered the effects of brain damage and epilepsy. He has been seizure-free since seeking healing through prayer as a teenager.

After high school, he hitchhiked across the country for two years, stopping to stay with relatives in California occasionally. He moved to New York City to pursue acting and graduated from the American Academy of Dramatic Arts in 1974. From there, Mauck worked off-Broadway at the Corner Loft Theater before going back to California to care for his aging relatives. There he wrote scripts for sales and training videos, six screenplays, and co-authored the techno-thriller film “Claw.” Eventually, he settled in the Midwest to raise his sons.

From a young age, Mauck had had encounters with Catholicism that helped lead to his eventual conversion. But it wasn’t until later in life that he fully connected with the faith. Nearly 20 years ago while living in Plymouth, Mauck remembered in a dream a long-forgotten conversation in which his father explained that the reason he survived the car accident was because a religious sister had heard him screaming on the street and rushed outside to wrap him in her habit and stop the bleeding, saving his life.

Around the same time he had that dream, he began seriously questioning where his faith laid. His landlords at the time, Jim and Linda Houin, were Catholic, and Mauck asked them about the faith. He began to spend a great deal of time with the couple and eventually began preparation classes for the Rite of Christian Initiation of Adults at St. Michael Parish. He was received into the Catholic Church in 2004.

During this time he wrote poetry, also beginning a full-length play. Of his poetry, he is particularly pleased with those on the sanctity of life, one of which is framed on the wall at Right to Life Michiana.

Standing up for the unborn is a cause dear to Mauck. He is a member of the Knights of Columbus at St. Therese, Little Flower Parish and is proud to be part of the group that helped fund ultrasound machines for apostolates like the Women’s Care Center. “The Knights have found a real calling that fits the spiritual message. I was really proud to be part of that group.”

Soon after he became Catholic, Mauck moved to South Bend and joined St. Joseph Parish, becoming involved with Christ Renews His Parish. “That’s where I made friends that are still my friends. I had just finished writing a play, which I was encouraged to write during CHRP. My friends I made in that group were very supportive of my writing.”

The play is called “Quinn’s Gift” and Mauck explained that, while it is a murder mystery, it has strong Christian undertones and Catholic characters. It also explores the question of one’s purpose in life. He has not been able to put the play into production as of yet but hopes to find a stage producer willing to work with him on bringing it to the masses.

As for “The Cross and the Godless,” it is his first book since “Claw.” It took seven years to bring to completion and is partially based on actual events and Central American people. Included is the historical figure of Antonio De Valdivieso, a Dominican priest from Italy who became Nicaragua’s first bishop.

The cross in the title refers to an ancient artifact owned by Bishop De Valdivieso and sought by many of the characters — a simple wooden cross.

When not writing, Mauck enjoys spending his semiretirement working as an ambassador in the North Dining Hall at the University of Notre Dame. “We sit with the kids, especially the freshmen. You talk about their pains and sorrow, what they’re feeling good about, give them a little encouragement. I used to go from table to table, get to know these kids, and by the time spring comes around, they all knew me.”

Because of COVID-19 restrictions he was placed in charge of the condiment table this year instead, but still ensures that he gets to know the students and that they know him. He came up with an idea to ask them what he calls “the question of the day.”

“I always pick something that, as smart as they are, it might stump them. … I get ’em every time,” he joked.

He also looks forward to publication of “The Cross and the Godless,” which will initially be available from Amazon.