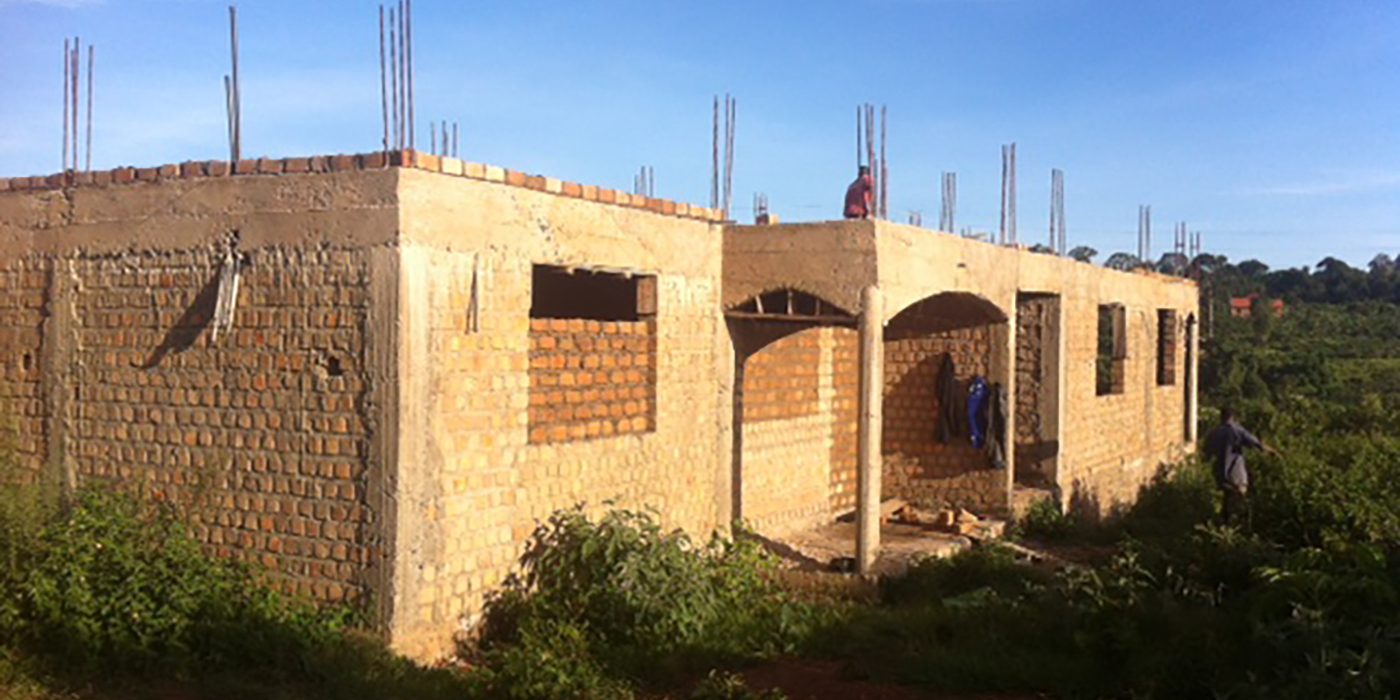 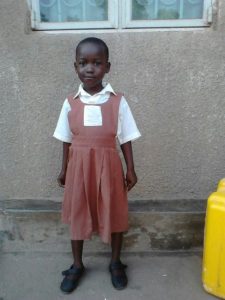 The chance meeting of Joan, a little girl in Uganda, and Edward Wamala, changed both their lives. — Photos provided by St. Anthony de Padua School

Almsgiving, prayer and fasting are at the heart of living the Christian life, and all three elements are alive in the heart of the students of St. Anthony de Padua School, South Bend.

Two years ago, the students, teachers and staff of St. Anthony learned about three young children living outside of Kampala, Uganda, who had no living family due to the AIDS epidemic and were forced to work or beg for money or food to survive. They were the same age as the St. Anthony students, but were without the basic needs that many of the students were accustomed to.

A relationship between the two groups of students came about through a Franciscan University student named Edward Wamala.

Living on the streets in a dusty hovel with her siblings, a 12-year-old girl, Joan, met Wamala, who as on his way home after adoration in the capital of Kampala. He remembered, “Looking at all the kids begging in the streets, I thought, ‘Why can’t these kids just go back to their villages and plant crops and leave the city!” But that night I thought, ‘Maybe you need to hear the story of one of these kids.’”

That conviction turned into a 10-mile walk alongside Andrew, a young boy whose father had died of HIV and whose mother had run away in fear to Sudan, leaving Andrew and his two sisters to live alone in a filthy, canvas tent with no mattress.

The story affected Wamala. Begging friends for help, he started plans to build an orphanage in Kampala. 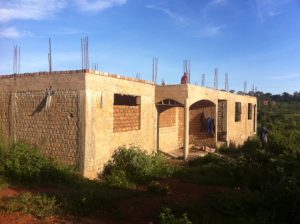 Edward Wamala, a Ugandan studying at Franciscan University, was moved to build an orphanage for children in his home country. Students at St. Anthony School, South Bend, have embraced his mission as their own and raised funds for the completion of the orphanage and for uniforms for the students.

As he worked, he recalled his own childhood and upbringing. His time with the Lord in prayer at adoration opened his heart to discerning a call to serve them. “Growing up in Uganda, I often heard the family story of my birth,” Wamala explained. “My mother was young and unmarried, considered a disgrace in our devout Catholic family. Living in poverty, my family couldn’t afford a hospital birth, so my mother was taken to the barn next to the house and that is where I was born — surrounded by goats.

“In school the kids would laugh at me, and I was ashamed on my birth story. But after being baptized in the Holy Spirit when I was 12, I felt Jesus saying, ‘You share the same bed with me!’ What looked like poverty now had a new meaning.” Wamala felt called by the Holy Spirit to help these three children and went home to ask his mother if she would take them in, after discovering they had no living relatives.

“Currently Andrew, Margaret and Joan are staying with my mother. I thank God for her open heart to have taken on my little ones,” he explained. 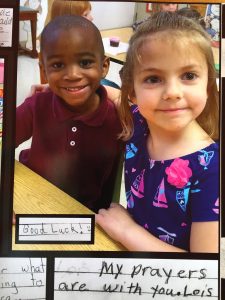 For the last four years Wamala has been studying theology and hospitality at Franciscan University of Steubenville, working every summer and sending money home to Uganda to his mother and the three children. His dream, however, was to build the orphans a home where they could be loved and cared for, as well as a school so they might receive an education and an opportunity for their future.

At Franciscan University, he met the daughter of an educator at St. Anthony School, second-grade teacher Betsy Williams. She heard his story and felt moved to ask him to speak with her students. He came that spring and shared with the entire school the sad realities of the children’s life, the hope of building them a new home and the difference that faith makes. Wamala spoke with great inspiration and reminded the students how God loves children in a special way and that prayer, even the smallest Hail Mary, makes a difference. The children felt convicted to practice the Christian life they were taught.

With their pennies and dollars saved from allowances, birthdays or work, the students gave Wamala over $6,000 for the orphanage. They also offered small sacrifices and prayers for their fellow children. Some of these included: “We helped with yard work and sweeping.” “I pray that all children can have a family and are loved.” “Piggybank.” “I made the beds and took out the trash.” “God bless you!” “I helped my Mom wash the walls and the cupboards.” “This $5 is from my chores.” An older student, Katie, donated $100, which she won in a Final Four bracket.

Now graduated, Wamala hopes to complete construction of the orphanage building. This past summer, he and friends from Franciscan University continued to make bricks out of clay mud and build the children’ home. The money to finish the construction came directly from St. Anthony students and staff. As of this fall, the orphanage is nearly complete.

Another work of mercy by the St. Anthony students was to share their uniforms with the orphans. “Hundreds of uniforms were sent to the children via the suitcases of the Franciscan kids who went to build this summer. We updated our uniform code at St. Anthony’s, so students donated uniforms that were no longer being used. It is special to know that lots of children in Uganda, who our students are corresponding with, are wearing St. Anthony’s shirts,” Williams explained.

This year, the first-grade through eighth-grade students are pen pals with the children at Birembo Primary School, which is near the orphanage. Through this fun, educational opportunity, the children are taught about the universal love of God and the nature of the church, as well as reality of being one body of Christ.

Williams shared, “It is really touching and uplifting to see the letters that the children are exchanging. Their lives are so very different from one another, but they share a common language of loving and caring for one another. Through letters, they pass along information about their families, classes they are studying, and offer prayers back and forth. The children from Africa talk about their goats and chickens, while the children from St. Anthony’s tell about their cats and dogs. The latest bundle of letters was met with great excitement.”

Principal Karen Bogol reflected, “We are so blessed to be participating in the cultural exchange between St. Anthony de Padua School and the Birembo Primary School in Uganda. The children of both schools continue to experience a special connection with one another through their letters and pictures. The work of Eddie, Mrs. Williams and all of those involved is a true testament to the universality and beautiful influence of God’s love.”

The emphasis implicitly indicates that all children are important, loved and valued. Their sacrifice, their pennies and their prayers truly make a difference. On World Mission Sunday, this is exactly what the Holy Childhood Association, promulgated by the Pontifical Mission Society desires; that children help other children.

A third-grader, Raha, said of getting to know the children from Uganda, “It is really fun and I’ve learned they do things different than us. We have different experiences. But, we’re the same because Jesus loves us all and we’re all part of the same family. We’re all children of God.”