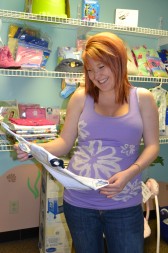 The Women’s Care Center has made great strides in bringing abortion rates down in the communities they serve. Although many pro-life efforts helped make these reductions in abortions, the care center counselors are truly on the front lines for life.

Politicians and legislators come and go, but the staying power of Women’s Care Center with its mission of loving service is truly winning the battle for life. In every community served by this pregnancy care outreach, abortion rates are dramatically down. Just last month, a clinic in Niles, Mich. — known for providing late-term abortions — closed its doors for good.

“We opened in Niles about six years ago in a blue Victorian House right next door to the abortion clinic,” explains Women’s Care Center volunteer president Ann Manion, adding, “It was just us, them and the Holy Spirit!”

“I think our loving and caring approach stood in stark contrast to the approach next door,” says Manion. “Even the nurse at the abortion clinic sent her daughter to us when she became pregnant. Their numbers started to dwindle, they went to performing abortions one morning every other week and finally closed their doors for good in October. When I said it was ‘us, them and the Holy Spirit,’ I meant that with the Holy Spirit’s guidance, women could turn left to come to us instead of right to go to them. I really think our approach of nonjudgmental compassionate care is a magnet for pregnant young women in need.”

Women’s Care Center’s humble beginnings consisted of one tiny blue house on St. Louis Street in South Bend, founded in 1984 by Manion and Dr. Janet E. Smith, at the time a professor at the University of Notre Dame. In that first year, a small band of counselors served 300 women.  Since then, with no government funding of any kind, Women’s Care Center has blossomed into a network of 19 locations in four states, serving 350 women every day. In a few months, Women’s Care Center will open new offices in Minnesota and Illinois. 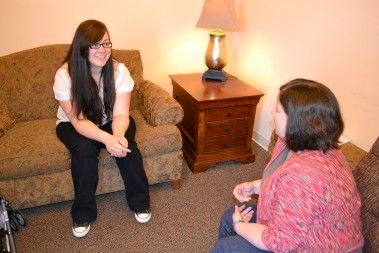 The numbers tell the story: In Fort Wayne, abortions have declined 63 percent since the first care center opened next to an abortion clinic on Webster Street in 2004. Two care centers later, there are now 495 fewer abortions every year in Fort Wayne. Seven hundred fewer abortions are performed every year in South Bend, a 55 percent decline since 1998. According to Women’s Care Center, this is more than double the decline for the rest of the state. Women’s Care Center counselors serve 90 percent of the pregnant teenagers in St. Joseph County. In fact, nearly 50 percent of all babies born in St. Joseph County are assisted in some way by Women’s Care Center.

“All of our programs have that underlying solid foundation and are in full keeping with the Church,” says Manion. “In our work with young women we try to be Christ’s heart and hands.  When we encounter a woman who is broken and considering abortion, our counselors treat her with gentleness, compassion and understanding. Clients naturally respond to this. Our counselors help clients know that they are good and worth it, that someone truly cares about them and that they can make really good but hard decisions. With this support, a choice for life comes much more naturally.”

“Speaking from experience, it is nice to have one place where a young woman that is facing such weighty issues can come and feel like they are not alone and to just be still,” reflects White, now happily married and raising a family of her own. “There is a Godliness there that is obvious but not overbearing. Women’s Care Center continually adds blessings to my life even 15 years after I did my last pregnancy test or gave my last layette to a new mommy.” 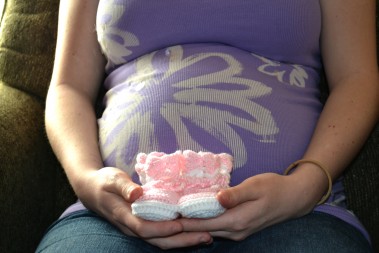 “We are winning!” says Williams, referring to the battle to end abortion. “Women’s Care Center and its practical, unique and highly successful model is the epitome of Catholic pro-life hearts in action. This is where the women come, over 350 times a day. This is where the hearts are touched, where hope is restored and where ultimately babies are saved.”

That success is acknowledged by people throughout the Midwest and even as far away as India.

“People contact us and they’re looking for a Catholic model of care,” says Manion. “We had to find a way to help these communities without stressing the resources of existing centers.”

That prompted Women’s Care Center to license other care centers in places like Hammond, Indiana and Madison, Wisconsin this past year.

“The licensee in Hammond is Catholic Charities,” says Willliams. “They wanted to have a meaningful impact on the life issue; they wanted to do the deeds and not just the words. They have adopted the Care Center model and through significant assistance and mentoring through Ann Manion we have shown them the way. Do you know, within their first two months of opening there they saw over 200 women? It’s been incredibly busy and has been a real blessing.”

Manion says the Madison licensee followed on the success seen when Women’s Care Center opened in Milwaukee in 2010, just across from the largest abortion clinic in the state of Wisconsin. “In the two years since we opened,” adds Manion, “the abortion rate in Milwaukee has already declined by 23 percent.”

According to the Wisconsin Department of Health, Milwaukee is now at the lowest abortion rate in 18 years. Next year licensed care centers will open in Duluth, Minn., and Peoria, Ill..  Overseas, one man has already purchased a building next to an abortion clinic, hoping to establish a Women’s Care Center in India.

Williams and Manion both concede there is still much work to do, and as abortion providers go out of business, Women’s Care Center stands ready to continue its approach to providing loving care to women, helping them choose life and assisting them before, during and after the babies are born.

“It’s the greatest investment for your philanthropic dollar.” says Williams. “If friends really want to make a practical and real impact on the life issue, then supporting the care center is their best opportunity. Our friends and partners know that they are helping women to choose life each and every day with their financial support. We are 100 percent privately funded. We receive no government assistance. We can only continue to love and serve with the support of our friends and neighbors.”

Monthly donors are most needed, and Williams also suggests those wishing to help consider becoming a Life Partner, Life Leader or including Women’s Care Center in their estate planning.  For more information on how to help continue the pro-life mission of Women’s Care Center, contact Williams at (574) 968-7475 or e-mail [email protected]