NOTRE DAME — A virtual conference hosted at the University of Notre Dame Jan. 12-14 featured over 40 top professionals from multiple fields discussing how to live together in unity and promote the common good.

The conference had been planned for months, but its theme — “We Belong to Each Other,” based on the words of St. Teresa of Kolkata — became even more timely after the Jan. 6 violence at the nation’s Capitol.

The virtual gathering took the place of a fall conference that is sponsored annually by the university’s DeNicola Center for Ethics and Culture but was postponed last fall by the pandemic.

While many of the speakers bemoaned the inability to meet in person, the fact that they could participate from their homes or offices likely enabled conference organizers to attract so many top experts in their fields of religion, philosophy, political science, education, medicine, economics, sociology and the arts. 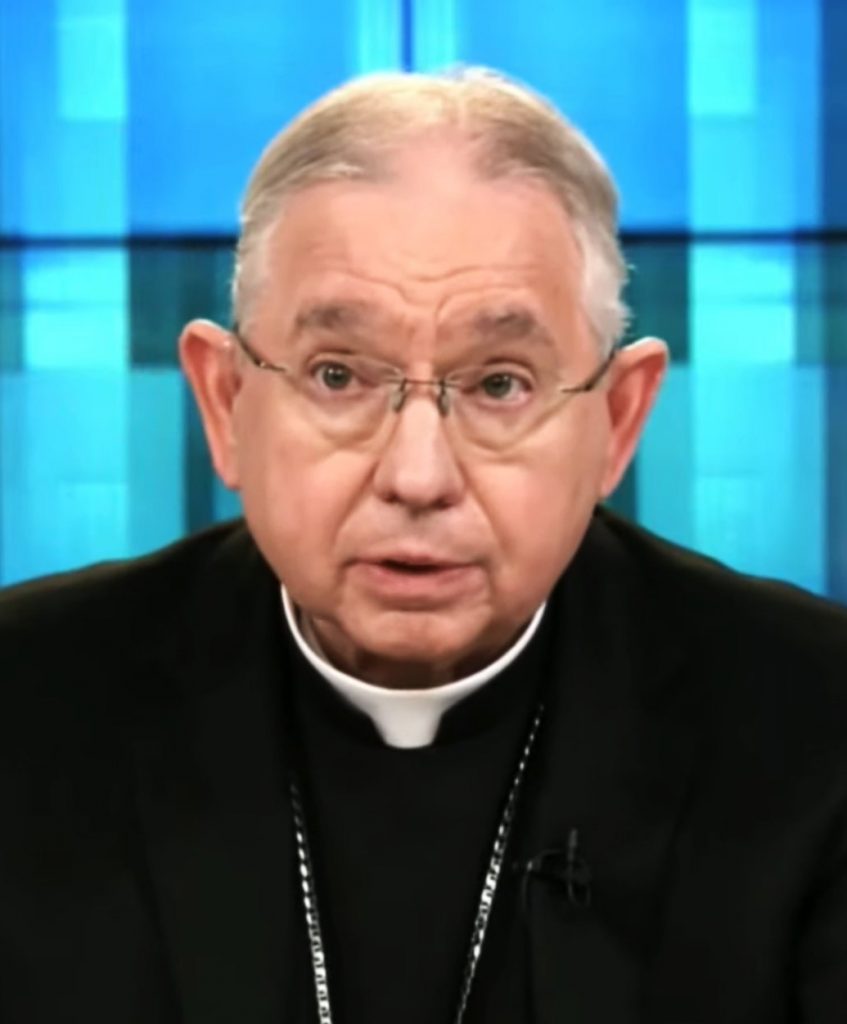 Keynoting the conference was Archbishop José Gomez of Los Angeles, president of the U.S. Conference of Catholic Bishops. He set the tone by observing that loving our neighbor is the answer to most of the difficulties in the world. However, the “aggressively secular society” has lost the traditional Christian-Judeo principle of a loving God who creates persons in His own image and calls them to love one another as he loves them, he observed.

“Without belief in a Creator who establishes values, we have no authority higher than our own politics and procedures,” Archbishop Gomez explained. “We are left with no solid foundation for our commitments to human dignity, freedom, equality and fraternity.”

Other speakers echoed this diagnosis, even those from secular institutions, such as author and New York Times columnist Ross Douthat and Yuval Levin, author, journalist and political analyst at the American Enterprise Institute. Both men concluded that the culture’s best chance of recovery is a resurgence in religious practice.

Levin added that the current social and political crises in this country are due to the growing loss of trust in institutions, prompted by the realization that many of the people within those entities are untrustworthy themselves. The solution is for the people working inside institutions to be reformed to realize they are not there for power or self-promotion; rather, their role is to focus on the duties of their positions and their obligations to their neighbors.

This love for one’s neighbor has the long been modeled by Catholic health care, which was discussed by three physicians in a segment on “Visit the Sick.” Kristin Collier, director of the Health, Spirituality and Religion Program at the University of Michigan Medical School, said that “relationship-centered care is best.” Thus, medical workers must be lovers of humanity who need to see their work as a gift from God that transforms the love of Christ into love for patients.

Lauris Kaldjian, director of programs in Bioethics and Humanities in the University of Iowa Carver College of Medicine, observed that “As Christian healthcare professionals, we see why health care is such a great place to be in the sense that we have this remarkable privilege and opportunity to be used by God to be a true blessing to those who are in this moment of crisis.”

Aaron Kheriaty, the director of the Medical Ethics Program at the University of California at Irvine School of Medicine, related that all of society has suffered during the pandemic, not just from contracting the virus, but from the lockdown that has resulted in increased suicide, depression, and alcohol and drug abuse.

While doctors can help in many ways, he stressed that even ordinary people have the ability to bring healing to suffering people by finding ways to be in solidarity with one another. 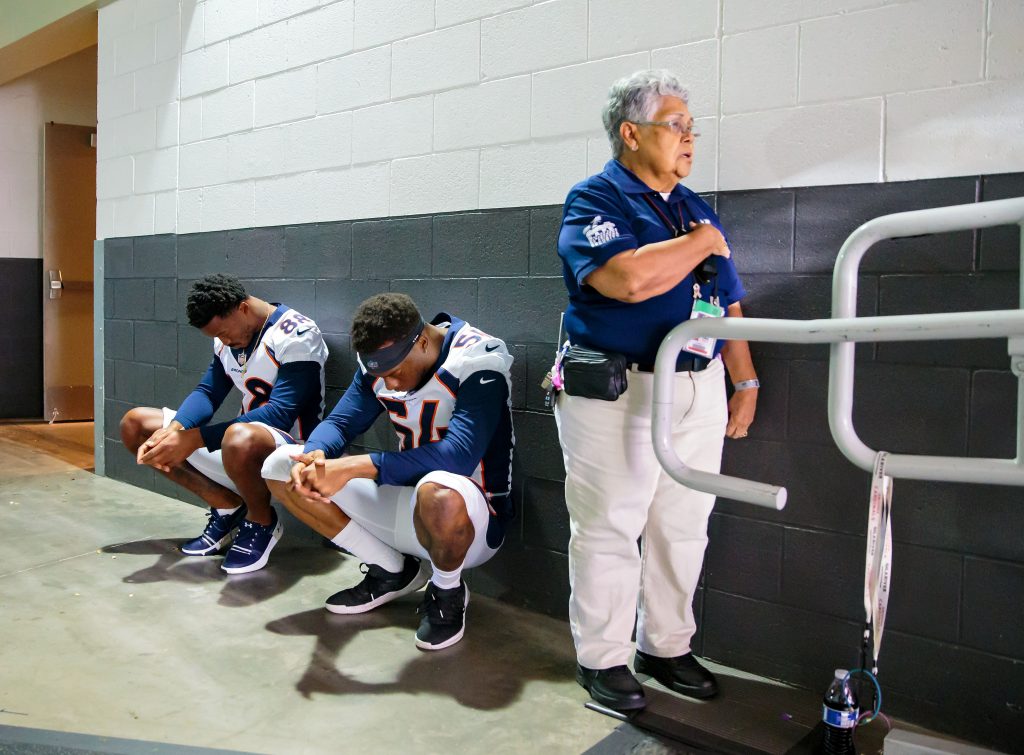 A stadium security guard stands with her hand over her heart as Denver Broncos players sit in silent protest during the national anthem prior to the Aug 30, 2018, game against the Arizona Cardinals at University of Phoenix Stadium. (CNS photo/Mark J. Rebilas, USA TODAY Sports via Reuters)

Addressing that solidarity was a conference session on mothers and children. Dr. Monique Chireau Wubbenhorst, an obstetrician/gynecologist with the United States Agency for International Development observed that right now, huge amounts of money are spent on contraception, and that is not working. Further, abortion is not health care.

The best way to help women and children, she said, is to encourage women to get into prenatal care as soon as possible, and then to give them access to good child care. She also cited incentives such as tax breaks for marriage and childbirth as a way to rebuild a society that promotes the common good and cares for the vulnerable.

In that same session, Sister of Life Virginia Joy Cotter, director of the Respect Life Office of the Archdiocese of New York, spoke about the absence of love as the biggest reason women consider abortion because they feel alone and helpless. The Sisters of Life help heal the women by accompanying them with “a love that casts out fear,” she said.

Other sessions on racism, poverty, hospitality, the disabled and the anthropology of the human person echoed the message Archbishop Gomez gave in his keynote address: that every person is called to love and care for others, particularly the weak and vulnerable.

As he told conference attendees, “We can change our country and we can change the world. We can help our neighbors to know this God, and to know His love.”