Cardinal Daniel N. DiNardo of Galveston-Houston, president of the U.S. Conference of Catholic Bishops, said he was “deeply saddened by the senseless attacks” and joined with New Zealand’s bishops in “expressing solidarity with the Muslim community and in calling Catholics to join in prayer for the victims of this shooting, their families and the Muslim community that was directly targeted.”

“May almighty God change the hearts of those who hate to recognize the inherent dignity of all people and bring consolation to all those affected by this heart-rending loss,” he said in a March 15 statement.

The cardinal also said he agreed with the New Zealand bishops, who said they were “particularly horrified that this has happened at a place and time of prayer.”

Pittsburgh Bishop David A. Zubik similarly expressed sadness and shock over the shooting, recalling what his own community endured five months ago when a gunman opened fire in a Pittsburgh synagogue killing 11 and wounding six others.

“Together with so many others, my heart hurts to learn of yet another mass shooting in a place of worship,” he said. “The senseless taking of innocent life is only made more disturbing when people are targeted because of their beliefs and as they gather to pray.” 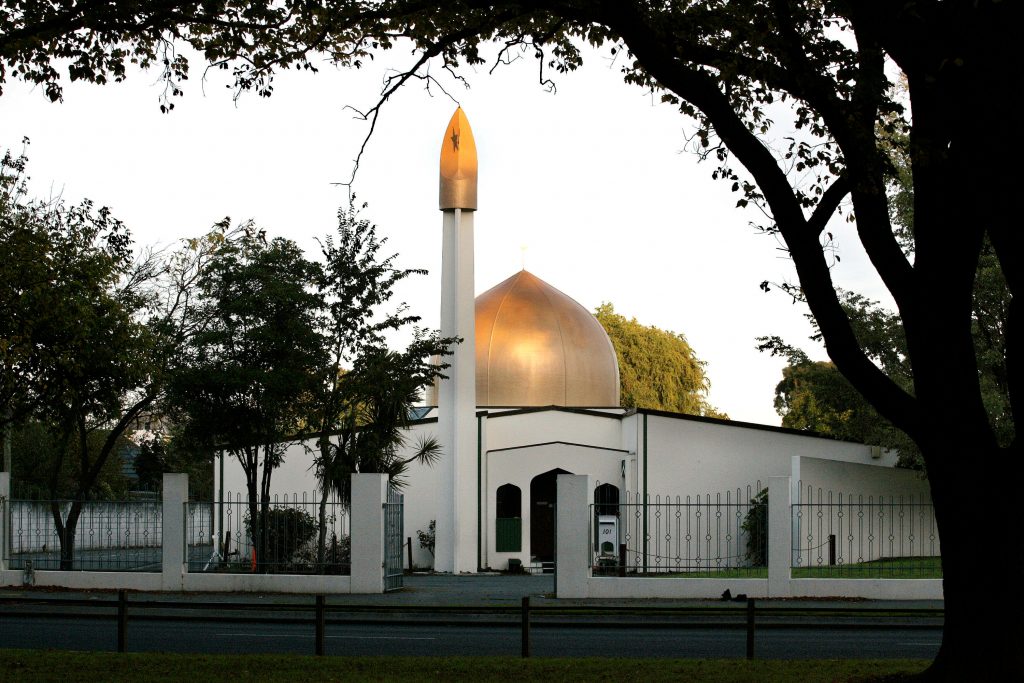 This is a view of the Al Noor Mosque on Deans Avenue in Christchurch, New Zealand, taken in 2014. The mosque was one of two attacked March 15, 2019; at least 49 people were killed. (CNS photo/Martin Hunter, Reuters)

The bishop said his local community “knows all too well the shock and horror of a massacre such as this. Yet, an act intended to tear people apart can instead build up a community that is ‘Stronger than Hate.’”

In his March 15 statement, he said he hopes the Muslim community in Christchurch will “know the love and support of their neighbors near and far in the face of the evil they have experienced.”

He also pledged prayers from Catholics in Pittsburgh for those killed and injured in the attacks and said he especially extends support to the Muslim community in southwestern Pennsylvania.

New Zealand Prime Minister Jacinda Ardern called the attacks on the mosques “one of New Zealand’s darkest days,” noting that many of the victims were likely migrants or refugees.

Brenton Tarrant, 28, of Australia has been arrested for the attacks and will appear in court April 5. Before he started the attacks, he posted a 74-page manifesto online and also sent it to government offices just minutes before the shootings.

He livestreamed his attack on worshippers at Christchurch’s Al Noor Mosque, where 42 people were killed before moving on to Linwood Mosque about three miles away, where seven died at the scene and one person died later in the hospital. The video of the shootings was deleted from social media but had already been widely seen before it was taken down.

Chicago Cardinal Blase J. Cupich said the root of this attack was hatred, fear and ignorance of the ‘other,’ which he said: “fuels attitudes that dehumanize whole communities and blame them for perceived ills in society.”

“Let this horrific affront to decency be a call to action by all people who cherish our common humanity. Religious, civil and political leaders have a responsibility not only to condemn these criminal acts, but to hold each other accountable for combating the attitudes which breed them. Let us recommit ourselves to this task today, welcoming one another as ‘brother’ or ‘sister’ whenever we encounter them.” 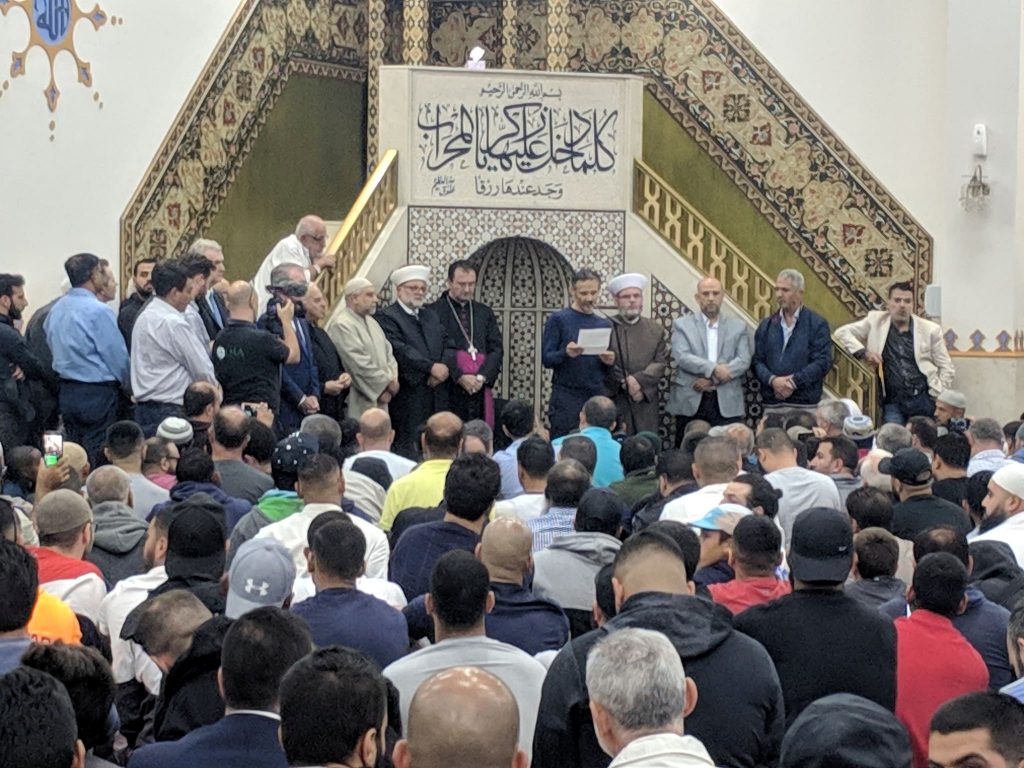 People at Lakemba Mosque in Sydney gather at a vigil for the Christchurch, New Zealand, shooting victims March 15, 2019. Forty-nine people were assassinated and at least 40 more are being treated for gunshot wounds following the mosque terror attacks. (CNS photo/Tayyab Hameed, Social Media via Reuters)

The cardinal said “with a heavy heart” he urged Chicago’s archdiocesan parishes to offer prayers for those who died in New Zealand and for their Muslim neighbors locally.

“Also, in all hope and humility let us pray for the perpetrators of this violence and those who harbor hate toward others based on race or religion. May they come to see the humanity in their brothers and sisters and release the hatred,” he added.

Boston Cardinal Sean P. O’Malley likewise reached out to the local Muslim community, saying: “To our Muslim friends in Boston and throughout Massachusetts, in this dark hour know that you are not alone, we join together with many others in the religious and civic communities who embrace you in concern and support.”

The cardinal also addressed our “Muslim brothers and sisters in New Zealand,” telling them: “We stand with you in condemning this horrendous assault on human dignity.”

In a March 15 statement, he stressed the importance of not letting this tragedy have the last word. He said the ideology of hate and the violence “causes untold suffering and pain, but it must never be allowed to defeat our efforts to work together for the betterment of all people throughout the world.”

Bishop Nicholas Dimarzio of Brooklyn, New York, similarly offered prayers for those who died and pointed out that the shootings were “an unsettling reminder that the right to religious freedom is under attack throughout the world.”

On Twitter, Dallas Bishop Edward J. Burns, also pleaded for prayers March 15 and showed solidarity with the Muslims who had gathered in prayer.