VATICAN CITY (CNS) – Pope Francis said his heart was “broken” by the war in Ukraine, and he pleaded again, “Silence the weapons!

“Many times, we prayed that this path would not be taken,” he told people gathered in St. Peter’s Square for the midday recitation of the Angelus prayer on Feb. 27. But rather than giving up, he said, “we beg God more intensely.”

With many of the people in the square holding Ukrainian flags, Pope Francis greeted them the way they traditionally greet each other, “Slava Isusu Chrystu,” meaning, “Glory to Jesus Christ.” 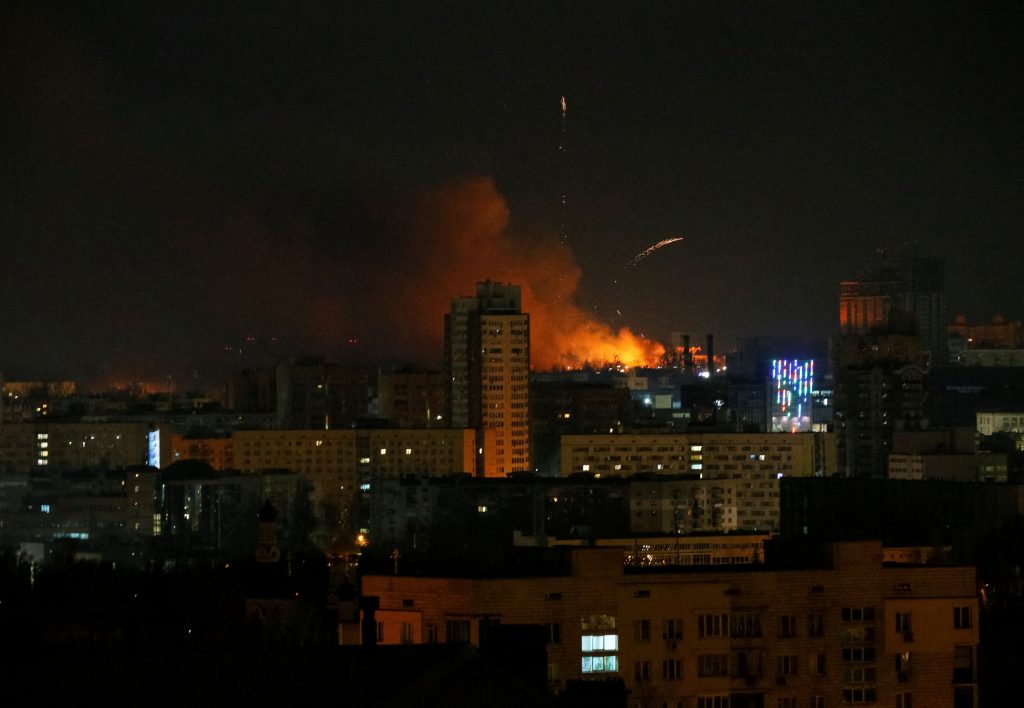 Pope Francis has continued to personally express his concern about Russia’s invasion of Ukraine and to appeal for peace. The previous evening, he phoned Ukrainian President Volodymyr Zelenskyy. The Vatican press office confirmed the call on Feb. 26, but provided no details.

Zelenskyy tweeted that he had thanked Pope Francis “for praying for peace in Ukraine and a cease-fire. The Ukrainian people feel the spiritual support of His Holiness.”

The Ukrainian Embassy to the Holy See tweeted, “The Holy Father expressed his deepest sorrow for the tragic events happening in our country.”

The call to Zelenskyy came a day after Pope Francis made the diplomatically unusual gesture of going to the Russian Embassy to the Holy See to express his concern about the war. Usually, a head of state would have an ambassador come to him.

Pope Francis also had phoned Archbishop Sviatoslav Shevchuk of Kyiv-Halych, the head of the Ukrainian Catholic Church, who remained in Kyiv with his people, taking refuge with others in the basement of Resurrection Cathedral and sending out daily videos of encouragement.

As Feb. 27 dawned with people under a curfew and many still sheltering in basements and subway stations, Archbishop Shevchuk promised that priests would be joining them underground to celebrate the Sunday Divine Liturgy.

“The Church is with its people,” he said. “The church of Christ brings the eucharistic Savior to those who are experiencing critical moments in their life, who need the strength and hope of the resurrection.”

And he called on anyone who could to go to confession and receive the Eucharist, remembering those unable to go to services and, especially, the Ukrainian soldiers defending the nation. 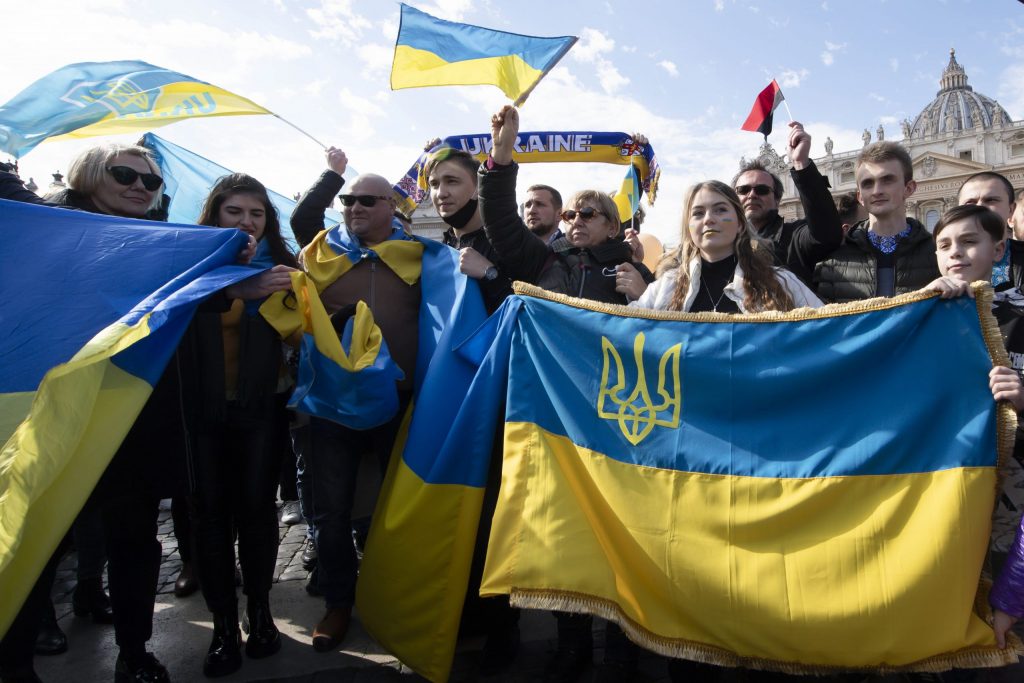 People holds Ukrainian flags in St. Peter’s Square as Pope Francis leads the Angelus from the window of his studio overlooking the square at the Vatican Feb. 27, 2022. (CNS photo/Vatican Media)

Speaking after the Angelus prayer, Pope Francis also remembered the Ukrainians in the bunkers and those fleeing the war, especially “the elderly, those seeking refuge in these hours, mothers fleeing with their children. They are our brothers and sisters for whom humanitarian corridors must be opened as a matter of urgency and who must be welcomed.”

“In these days we’ve been shaken by something tragic: war,” he told the people in the square.

One who wages war, he said, is not and cannot be thinking about people, but is putting “partisan interests and power before everything.” 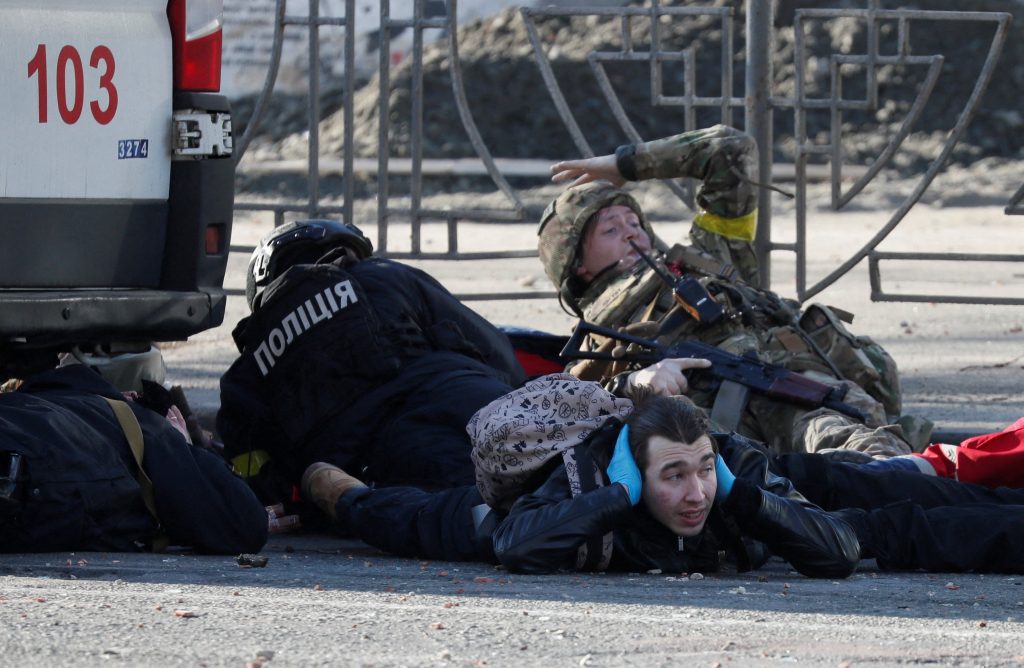 One who wages war “relies on the diabolical and perverse logic of weapons, which is the furthest thing from God’s will, and distances himself from the ordinary people who want peace,” the pope said. In every conflict “the ordinary people are the real victims” and they “pay for the folly of war with their own skin.”

“With a heart broken by what is happening in Ukraine – and let’s not forget the wars in other parts of the world, such as Yemen, Syria, Ethiopia – I repeat: Silence the weapons!” Pope Francis said.

“God is with the peacemakers,” he said, “not with those who use violence.”