When Pope Francis met with members of the Italian Union of the Catholic Press in September, he reminded them that through words of peace, they can help others distinguish good from evil. According to a report by Vatican News Agency, he encouraged them to be “a professional and ecclesial association inspired by the service of persons, the Gospel and the Magisterium of the Church.”

Distinguishing good from evil has probably always been hard. Lately, “your truth” and “my truth” muddy the water. Isn’t there just one truth?

There is. Catholics, of course, know it originates with the all-knowing, all-loving, all-forgiving Creator of everything that is, including our souls. Those who understand that the perceptions, priorities and experiences of people should all be interpreted and valued through the lens of the truth of Jesus Christ are destined to share in that perfect love forever.

History of the Catholic press in the U.S.

For more than 100 years, the Catholic press in the United States has pounded on keyboards day and night, photographed on weekends and in the rain, to give their brothers and sisters in the faith the information they need to see the hand of God in the experiences of earthly life. Sometimes that means sharing stories of inspiration, hope and perseverance. Other times, it means sounding the call for caution, protest or reform.
According to the Catholic Press Association, when the United States was young, opposition to immigration was strong. In order to unite and to educate themselves, bring news from home and fight for civil and religious rights in a new country, immigrants formed associations and created their own press, including Catholic journals and newspapers.

The history of the Catholic Press Association states that Bishop John England was an experienced editor who emigrated from Ireland. He initially used the secular press to explain Catholicism, but soon realized that he needed his own vehicle to address misrepresentations of the faith.” Bishop England started the first Catholic diocesan paper, the “Catholic Miscellany,” in 1822 in Charleston, South Carolina.

By 1837, at the close of the Third Plenary Council in Baltimore, other bishops were welcoming the independent Catholic papers that existed by that time. They expressed their wishes that even though the publications were not officially sanctioned, the clergy and faithful should support them. They noted that the journals were useful to “explain our tenets, defend our rights and vindicate our conduct.” In 1884, the bishops recommended that each Catholic household receive at least one Catholic periodical of good repute.

It was in 1911 that the CPA, the first organization of diocesan and other Catholic publications, formed to “publicize news of Catholic interest, combat the negative influence of some of the secular press, develop a news service, secure national advertising and agitate against higher postal rates.”

Journalists, noted the pope at last year’s meeting, are “chroniclers of history.” He asked them to “be the voice of conscience” of a journalism that distinguishes “good from evil” and “human choices from inhumane ones.”

According to reporter Francesca Merlo, Pope Francis went on to express the importance of “real words in the midst of so many empty” ones, and he prayed that Catholic journalists would “contribute to exposing false and destructive words” and “identify credible sources, contextualise, interpret, and, above all, prioritise” in the digital age.

“Do not be afraid to overturn the order of the news,” he said, in order to “to give a voice to those who have none.”

Speaking up for the poor, helping the young in faith grow closer to Christ and explaining how Catholics should navigate the politics, conflicts, temptations and other vagrancies of daily life is the reason the Catholic press is every bit as relevant today as it was in 1911. The mediums through which people receive news, information and entertainment, and how they communicate with each other, has changed; but completely unchanged is Christians’ need to figure out how to do those things in a way that recognizes who they are.

They are children of God, seeking above all else, to follow the commandments of Christ and achieve the heavenly reward to which He calls them. That is the value of the Catholic press. 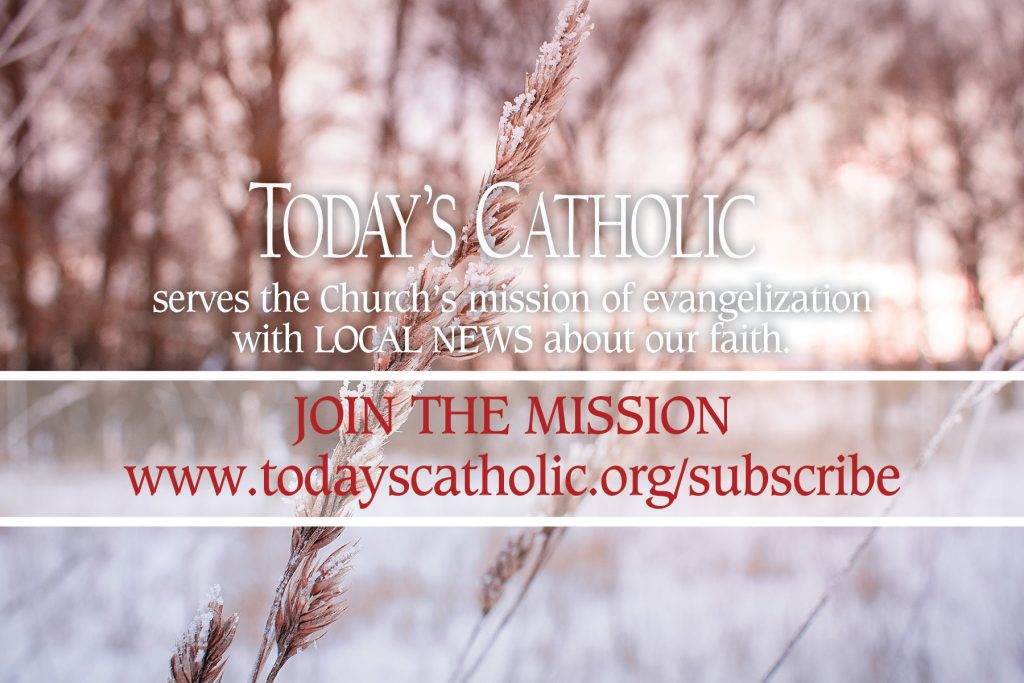 February is Catholic Press Month. From the parish down the street to the Vatican, news about the people, places, institutions and history of the Catholic Church will — as they always do — populate the platforms of Catholic newspapers, websites and social media platforms. The compelling reason for their existence — the undeserved and unfathomable gift of salvation — will be there, too.

Where will you get your news from this month?