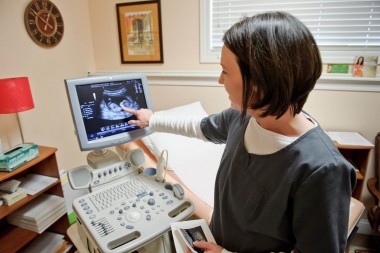 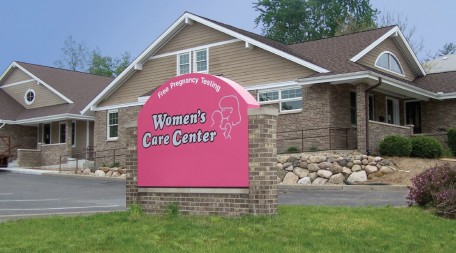 SOUTH BEND — A pregnancy help center in South Bend led the entire country in donations made to a single charity during the Give Local national giving day event on May 5.

The Women’s Care Center of St. Joseph County received $454,980, leading the 9,000 individual charities that participated in 180 communities across the United States, including big cities like Seattle, New Orleans and Charleston.

The generous donors helped put to rest the myth that pro-life people do not care about women with a crisis pregnancy or the babies that are already here, said Ann Manion, president of the board of the Women’s Care Center, which has four locations in St. Joseph County.

“Amazing” was the word Manion used to describe the outpouring of donations. Yet, she had often witnessed such generosity because the centers rely entirely on donations, and whenever lean times occurred that stressed the local centers’ $1 million annual budget, “Our donors always come through; it’s just miraculous,” she said.

“But I had no idea we would lead the nation! It’s really a testimony to the people who deeply value our mission and are willing to contribute greatly,” Manion related.

That mission was first established in 1984 by the founder of the first Women’s Care Center, Janet Smith, then a University of Notre Dame professor, and now the Michael J. McGivney Chair of Life Ethics at Sacred Heart Major Seminary in Detroit. Manion said that Smith set the tone for creating an environment in which trained counselors assist women in an unconditionally loving, nonjudgmental manner.

“When women feel loved and supported, they can make good decisions, and more and more women choose life,” Manion said.

“Over 50 percent of our budget goes to help women who make the choice for life,” she continued, explaining that it can be a long process for some women to choose life because of various challenges and risk factors the women face. That is why highly skilled counselors are so vital to what the centers do, and the results are “unbelievable success stories,” said Manion.

Once the choice for life is made, the Women’s Care Center has a variety of programs to help the women have a healthy pregnancy, learn parenting skills and set appropriate life goals of their own choosing, whether they decide to keep their babies or place them for adoption. By participating in the programs, the moms can earn cribs, car seats, baby clothing, diapers and other required items for baby and mother care.

After the baby is born, the centers provide any ongoing support that is needed by the mothers and also offer parenting classes for the families.

“We do whatever is needed for our clients,” Manion said, noting that grateful former clients often return to the centers to offer their assistance to other women in need of a shoulder to lean on, a “powerful” testimony to the work of the centers. 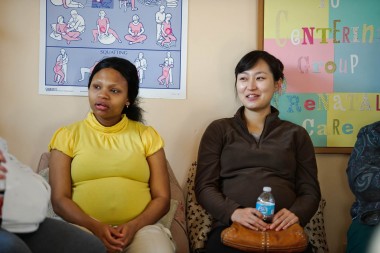 “Every other baby born in this community now starts with Women’s Care Center,” Manion said.

In addition to the four St. Joseph County locations, centers have been established in seven other cities in Indiana and in six other states: Michigan, Florida, Minnesota, Wisconsin, Illinois and Ohio.

Manion explained that people started hearing about the success of the St. Joseph County centers and asked for help in establishing Women’s Care Centers in their cities. Five of the more distant locations are licensees, with staff trained by Women’s Care Center personnel, but financially independent. Presently some Baltimore residents are working to establish a Women’s Care Center there with the strong support of Archbishop William E. Lori, who will serve on the center’s board in Baltimore.

Although the Women’s Care Centers are nondenominational and serve any woman who comes, they were started by Catholics, operate on Catholic-based values and strongly supported by the Catholic community. Manion gives much credit to local bishops who have wholeheartedly supported the establishment of centers in their dioceses, and several of them serve on the boards of their local centers, including Bishop Kevin C. Rhoades of Fort Wayne-South Bend, Archbishop Jerome E. Listecki of Milwaukee, Archbishop Joseph W. Tobin of Indianapolis, Bishop Gerald M. Barbarito of Palm Beach and Bishop Frederick F. Campbell of Columbus, Ohio.

And how do the centers serve so many moms and babies?

“The answer is simply by the grace of God, and that we have been blessed with so many Catholic friends who have supported our mission of hope,” said Bobby Williams, director of the foundation. “The best part is it’s done in a way that’s beyond reproach: unconditional love, non-judgmental service, an outpouring of love to each and every woman who walks through our doors. It works.”

Williams said the organization looks forward to bringing the centers “to any region of the country where committed people of good faith want to significantly reduce abortions in their community while fully supporting women throughout their pregnancies and beyond.”

And what about that number-one-in-the-nation Give Local donation that will be increased somewhat by matching funds? Manion said that 25 percent will go into the organization’s endowment to insure that this valuable work can continue into the future.

The remainder will help provide a cushion so that the hand-to-mouth months will be fewer and farther between, insuring that staff can be paid and facilities maintained. And, as always, the need remains great for more ultrasound machines, pregnancy tests, pre-natal vitamins, cribs, car seats, diapers and care for the mothers who choose life.

“It’s pretty striking if you look at every single community we’re in, even some of the new ones, the abortion decline is just dramatic,” said Manion. “So eventually the center will keep growing and touch more and more moms and babies.”