CLEVELAND (CNS) — A two-part publication emerging from the most recent round of dialogue between representatives of the U.S. Catholic bishops and the United Methodist Church offers practical helps and words of inspiration for day-to-day lives.

The work, “Catholics and Methodists Together,” reflects on commonly held beliefs, identifies areas of theological agreement, and provides a guide to shared prayers and worship services.

Published in two parts, the document “is really the spiritual fruit of the pilgrimage of faith that Catholics and Methodists walk on together,” said Father Walter Kedjierski, executive director of the U.S. Conference of Catholic Bishops’ Secretariat of Ecumenical and Interreligious Affairs.

“It’s people of faith coming together and walking together,” Father Kedjierski said.

The document emerged from the eighth round of a dialogue that was established in 1966 between United Methodists and Catholics. The most recent round began in 2015 and concluded in 2020. 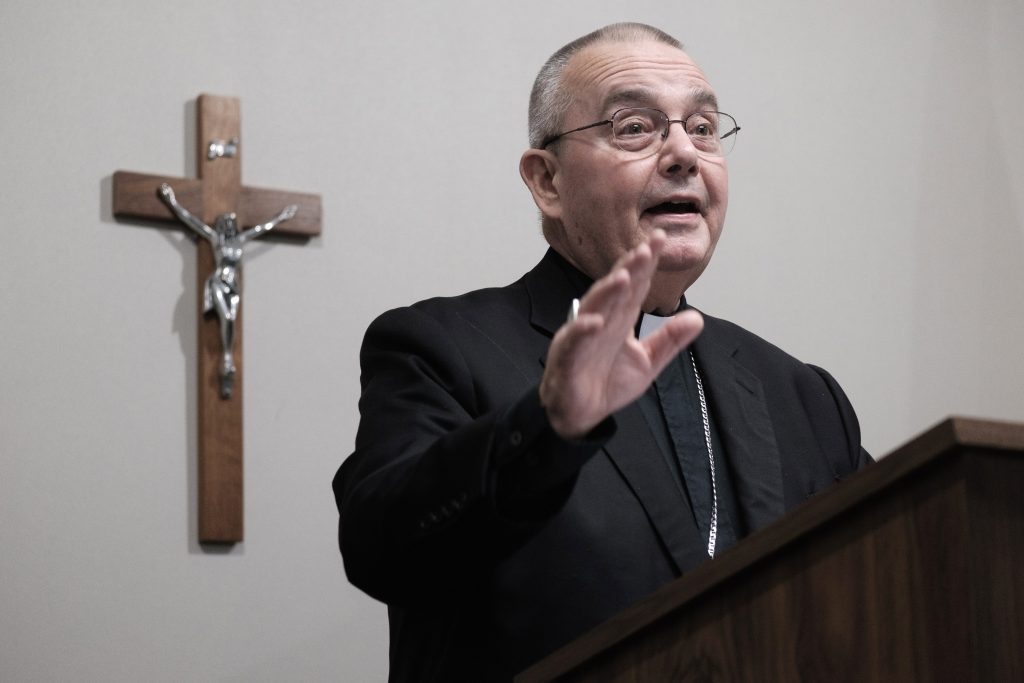 Bishop David P. Talley of Memphis, Tenn., is seen in this 2019 file photo. He co-chaired the eighth round of the dialogue between the U.S. Conference of Catholic Bishops and the United Methodist Church. (CNS photo/Rick Musacchio, Tennessee Register) 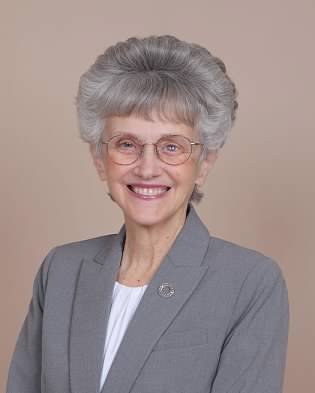 Participants included 10 Catholics and eight United Methodists who met twice a year in sessions hosted alternately by each denomination. Each of the earlier rounds of dialogue led to publications that addressed the Eucharist and ecology, common ecclesiology, ethical issues regarding death and dying, spirituality of the ordained ministry, sacramental theology and practice, and rights and responsibilities toward children’s education.

Bishop Johnson told Catholic News Service the new work passes on “the tradition and the goodwill and the understanding” between the two Christian denominations.

The document’s first part, subtitled “We Believe, We Pray, We Act,” underscores the importance of the churches’ shared recognition of each other’s baptism. It includes theological commentaries on the Apostles’ Creed, the Lord’s Prayer, the Ten Commandments and the love of God and neighbor.

Through the exploration of prayer and common beliefs, the document is meant to touch “people within their faith lives and their day-to-day lives,” Father Kedjierski said.

Kimberly Belcher, associate professor theology at the University of Notre Dame, a participant in the dialogue and co-author of the first part, said the document was written largely with people in the pews in mind.

“What we are doing is trying to think about what matters for Catholics, for Methodists in their ordinary lives about ecumenical relationships,” Belcher told CNS.

Belcher said it’s the day-to-day relationships — which she described as ecumenical in nature — that the document is meant to address to help people grow in understanding and appreciation of each other: marriage of a Methodist and Catholic, children of such a marriage, Methodists who teach at Catholic schools and Catholics who teach at Methodists schools and more.

“The ecumenical relationships are much more on the ground more than we realize on a regular basis,” said Belcher, who was invited to join the dialogue as a younger theologian.

The document’s second part, subtitled “Shared Prayers and Resources,” is a practical guide for Catholics and United Methodists to learn, pray and worship together, Father Kedjierski said.

It details shared traditional prayers, such as the Stations of the Cross, and includes examples of Scripture-center and everyday prayers. It includes templates for ecumenical prayer services for times of crisis, for people in need, including the poor, persecuted and refugees, for Christian unity and for peace.

Bishop Johnson played a major role in developing the second part of the work. She told CNS that throughout her 40 years as an ordained minister, she “fell in love with all the kinds of services we do and the congregations that are part of both bodies.”

“This is just the body of Christ,” Bishop Johnson said.

She also credited the collaboration between Methodist and Catholic humanitarian ministries in response to disasters, hunger, poverty and the needs of prison inmates for helping build bridges that strengthened the dialogues.

“The bridge keeps going further and further,” she said.

Belcher, the theologian, said the document’s explanation of the common aspects and minor differences found in prayers such as the Apostle’s Creed and the Lord’s prayer between the two faith traditions can become a learning experience for Catholics and Methodists. She suggested that joint study groups can develop among congregations whereby each prayer can be broken down into segments as little as two lines for discussion to help understand the basic foundations of Christian faith.

“We want Catholics vested in the flourishing of Methodists and vice versa,” Belcher said.

The dialogues are expected to continue. Plans are underway for a ninth round, but its future will depend on how the coronavirus pandemic evolves. Bishop Jeffrey M. Monforton of Steubenville, Ohio, and Bishop Kenneth H. Carter Jr. of the Florida Conference of the United Methodist Church will be co-chairs.

In the meantime, the United Methodist Church will be facing a major decision in upcoming years as members around the world are expected to take up a proposal to split the denomination over what it has called “fundamental differences” regarding its beliefs on same-sex marriage and LGBTQ clergy.

Sixteen Methodist leaders from around the world signed a proposal in early 2020 that was to be voted on during the church’s general conference last May. However, the conference was delayed because of the pandemic.

If passed, the proposal would permit a “traditionalist” denomination to separate from the United Methodist Church, the second largest Protestant denomination in the U.S.

The church’s Book of Discipline that outlines its law and doctrine does not allow pastors to perform same-sex marriages and prohibits “practicing” LGBTQ people from becoming ordained pastors. If the new traditionalist denomination is formed, the existing United Methodist Church would be able to repeal the prohibition of same-sex marriages and LGBTQ clergy.

Such an action would result in a major roadblock on the road to future unity between the Catholic Church and United Methodist Church. Catholic doctrine prohibits same-sex marriage and permits sexual relations only between a married man and woman.

If the split occurs, as observers expect, it is unlikely to affect the dialogues, however.

“We remain committed to our relationship with the United Methodist Church and pray for Methodists as they discern these important moral issues while upholding genuinely Catholic positions on them,” Father Kedjierski said.

Bishop Johnson said she expects the dialogues to continue.

“We’ll have to keep talking is all I can say, and we’ll have to talk with each other, and, with the grace of God, to help us through the different conversations,” Bishop Johnson said of the decision facing Methodist leaders.

Regardless of the Methodist outcome, Bishop Johnson said, “I firmly believe that God will make us one in the long run.”