WASHINGTON, D.C. (CNS) – Catholic actor Mark Wahlberg, who plays the title role in the upcoming movie “Father Stu,” said the real-life Montana priest is “having me continuing to carry on his message.”

“Father Stu,” in theaters April 13, tells the story of Father Stuart Long, a priest who had been ordained for only four years before he died from an incurable muscle disorder, and the lives he touched along the way before and after his ordination.

Some of those he touched were, in truth, pummeled, as Stuart Long was an amateur boxer, compiling a 15-2 record before he gave up the ring.

In those days, pre-Father Stu was the kind of guy who wouldn’t take no for an answer – and often assembled a string of expletives before rejecting any rebuff to his pursuit of whatever dream he was following at the time. But the priest, who grew up unbaptized, had a near-death experience following a motorcycle accident and determined the priesthood was his true calling.

“I’ve made a movie about a remarkable man, and I know that they had campaigned to get him ordained and petitioned to have him canonized,” Wahlberg told Catholic News Service in a March 31 phone interview from Los Angeles. “I’ll push and campaign for Stu, absolutely.” 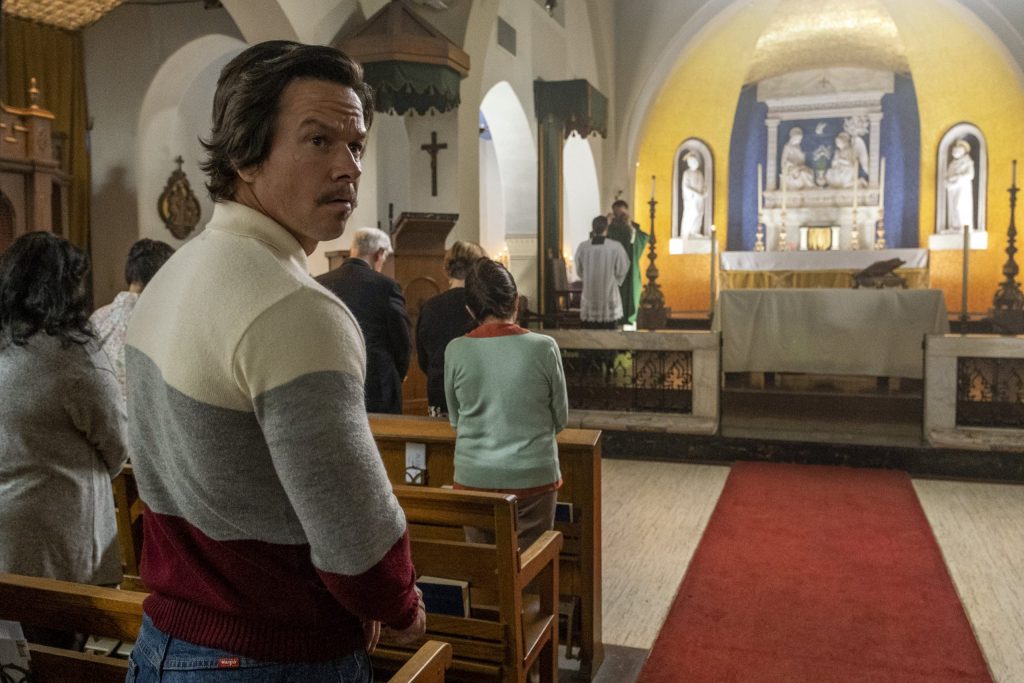 He said an archbishop, whom he didn’t name, came to him while he was he trying to make the movie. “He told me, ‘Father Stuart Long did more in his four years than I have in my 40 years of service,’” citing the priest’s “dedication and service to God.”

Wahlberg, also a producer of the movie, said if the real-life Father Stu, as he was best known, had seen his life on-screen, “I think he’d have a big smile on his face, probably saying he’s not as big or strong or as good a boxer. He’s a super-competitive guy, and if I ever get asked who would be one of the few people to have dinner with, dead or alive, he’d be right at the top of my list.”

The priest “had four years to complete his mission here and now he has eternity … having me continuing to carry on his message,” Wahlberg said. “Who knows how long I’ll have?”

Asked what his Catholic faith means to him, Wahlberg replied, “Everything. Everything. There’s so many wonderful things that happened to me – the good, the bad and everything else in between. I’ve been able to appreciate and have gratitude because of my faith. After I’ve done my last interview, I’ll know how to articulate it.”

He added, “This message, this conversation and this commitment to service does not stop when the movie comes out. It’s only a start.”

Wahlberg said this film is different from his other projects because of “how this child (the movie) came into the world, and what it’s doing for people. How it’s touching people … in a good way for everybody. Everybody is finding something they can personally relate to.”

He said, “We were really inspired by Stu’s story. And it’s just a matter of finding the right person to put it on the page, which was not an easy thing to do,” given that many decades of Father Stu’s life had to be condensed into a two-hour movie. Wahlberg talked with screenwriter Rosalind Ross.

“Even though she wasn’t raised Catholic, she could really appreciate someone trying to find their calling,” Wahlberg told CNS. He said he asked Ross, “Why not take a crack at it?” After Ross came back with the script, Wahlberg told her, “This is the script – and I want you to direct,” giving Ross her first directorial assignment.

Ross’ longtime partner, actor Mel Gibson, is cast as Father Stu’s dad, who did his young son no favors. His mother is played by Jacki Weaver, who won an Oscar for her role in “Silver Linings Playbook.” Longtime actress Colleen Camp, an executive producer of “Father Stu,” has a memorable scene as a motel desk clerk. And if you look behind the scruffy beard, that’s Malcolm McDowell playing Monsignor Kelly, the seminary rector.

Wahlberg said he had to go to extremes to play Stuart Long as a boxer and as an infirm priest.

“I was kind of in shape” at the start of filming,” he said. “I had just done an adventure racing movie. I had to reacquire my skill from ‘The Fighter,’” the 2010 movie in which he played real-life boxer Micky Ward. “I just started consuming 7,000 calories (a day) for the fighting scenes” that make up most of the opening scenes of “Father Stu.”

Wahlberg later had to ramp that up to 11,000 calories a day “to try to show how Stu’s physical being deteriorated and how his spirit soared.”