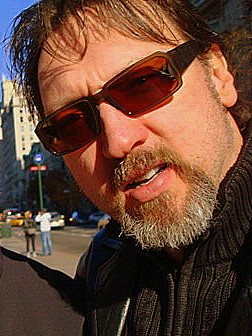 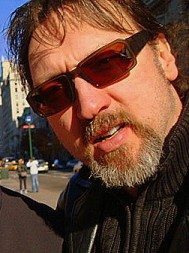 FORT WAYNE — When men gather Feb. 19 at the Allen County War Memorial Coliseum for the Rekindle the Fire 2011 Diocesan Men’s Conference, they will be encouraged by singer-songwriter W. Keith Moore, a convert to Catholicism, to “dig” and “be real” in their faith.
Whether he’s playing in concert halls, bars, churches or coffee houses, that’s the message that comes through Moore’s music, poetry, photography and the musings on his blog site www.wkeithmoore.com.

In an interview from Nashville, Tenn., Moore told Today’s Catholic, “I think one of the most important messages right now, is honesty, truth, regarding one’s own journey.”

By “digging,” Moore is referring to the need for Catholic men to dig deeper and deeper and say to the Lord, “Look Lord, here I am. Mother (Mary), please pray for me today. St. Joseph pray for me in my work.”

And Moore encouraged men to pray to one’s patron saint throughout the day, “that I can continue to dig, that my heart will be restless because a restless heart won’t rest until it rests in Him.”

Men, Moore said, get caught up in their lives with the responsibilites of taking care of their families, their own everyday wants and desires, temptations, “and we forget to dig.”

Moore recommended praying the rosary or the Liturgy of the Hours — “that’s just two things that men can do that will literally break and till the soil of complacency in our faith.”

Moore said he also struggles with this complacency. “I don’t come to this retreat and say, ‘Hey, I got this all figured out let me tell you what to do.’ I’m a stumbler and a bumbler just like anybody else.”

“But the greatest message I hear in my own soul and my own heart is ‘Don’t stop digging,’” Moore continued. “If you’re not restless, find out why you are not. There is a reason. Sometimes you’ll find out because there is sin in your heart that you’re not confessing, or you find out that there are things that you are overlooking that you don’t need to overlook.”

This restlessness is a hunger, a desire to go deeper with God, “and we do it through the sacraments,” Moore said. “The sacraments are … that grace, that keeps us fighting, keeps us asking, ‘Lord, what are you doing with me today? You’re up to something, aren’t You? Let me in on it. Let me be that light today for somebody. Let me be honest in this journey. Let me be real with people.’ ”

The other message Moore will share at the men’s conference is to be real. So much in the culture, in the world, so much of Christianity, Moore said, is fake, people putting on a front.

Musical roots
Moore’s love of music goes back to growing up in Mississippi. His grandfather was a Hank Williams, Sr., and Johnny Cash fan. At the age of 12, Moore’s parents divorced, but his mother’s boyfriend at the time taught him to play the “House of the Rising Sun” on the guitar. At the age of 14, Moore wrote his first song, which his mother insisted had to be recorded in a studio. “You’ll never hear that song. It was horrible,” Moore quipped.

By the age of 15, he had a band that played a lot of high school parties. “Immediately I saw that music got me in doors that nothing else could, ” he said.

Moore’s band played mostly the rock music of Lynyrd Skynyrd, REO Speedwagon and other popular bands of the time. He knew the choruses of the songs, but often made up the verses to the songs he played. That helped him journey into songwriting.

Journey to Catholicism
Moore said his teen years were rebellious years after his parents’ divorce. But he had a “Damascus Road” conversion at the age of 15, and was asked to attend a Bible study the very next day by a friend. There, Moore met his future wife Reneé, the daughter of a prominent Mississippi Methodist minister. They have been married 25 years.

Moore’s music writing led him to writing country and Americana or folk music in Nashville. His music, he said, is secular but has always been influenced by his faith. Although he never wrote Christian music — calling his music more dimensional than Christian music — he said, “I want anybody to listen to (my) music and find what they need in the song.”

Moore became good friends with Christian music performer Phil Keaggy and produced an album in which Moore’s poetry was set to music.
Keaggy invited Moore to be on EWTN’s “Life on the Rock,” and introduced him to Jeff Cavins, the show’s host at the time, and the two became close friends.

Moore’s interest in the early Church Fathers soon led him on a journey to Catholicism. He tells his conversion story to the faith in a series of You Tube videos under W. Keith Moore, “The Journey Home” parts 1-6.

As Moore attended Mass at St. Aloysius Parish on Gonzaga University campus in Spokane, Wash., where he and his wife and son lived for two years while Moore worked on an album with a friend, he felt drawn to Catholicism. “When we walked in (the church), the Holy Spirit said, ‘This is where I work.’” The Moores became involved in homeless ministries with the parish in Spokane. “God just kept drawing me (to the Catholic faith),” he said.

When the Moore’s returned to his native Oxford, Miss., in 2003, they attended the Methodist church. But Moore said, “It was the most depressed I had ever been, because my heart had already been in the Catholic Church. I knew Jesus was there in the Eucharist.”