It was Erma Bombeck, a convert to Catholicism, who made an observation that, “Volunteers are the only human beings on the face of the earth who reflect this nation’s compassion, unselfish caring, patience, and just plain loving one another.”

The Poor Handmaids of Jesus Christ of Donaldson might have put a smile on Bombeck’s face with their selfless volunteering in their local community and taking their assistance above and beyond the motherhouse.

Plymouth was devastated by flooding last year, and the sisters opened the convent to visitors who came to town to help the city regain its balance. The volunteers were put up free of charge so that each day they could go back to mitigating the damage.

It was that disaster that gave birth to a regular program of volunteer time off for the sisters.

“Sister Connie leads a program to bring in long-term volunteers who spend several weeks to a year volunteering with the sisters at ministries of the Poor Handmaids,” said Clark-Lupo. “The Volunteer Time Off program is for co-workers at ministries of the Poor Handmaids of Jesus Christ. This allows them to volunteer for up to 96 hours a year and still get paid for their time away from work.” 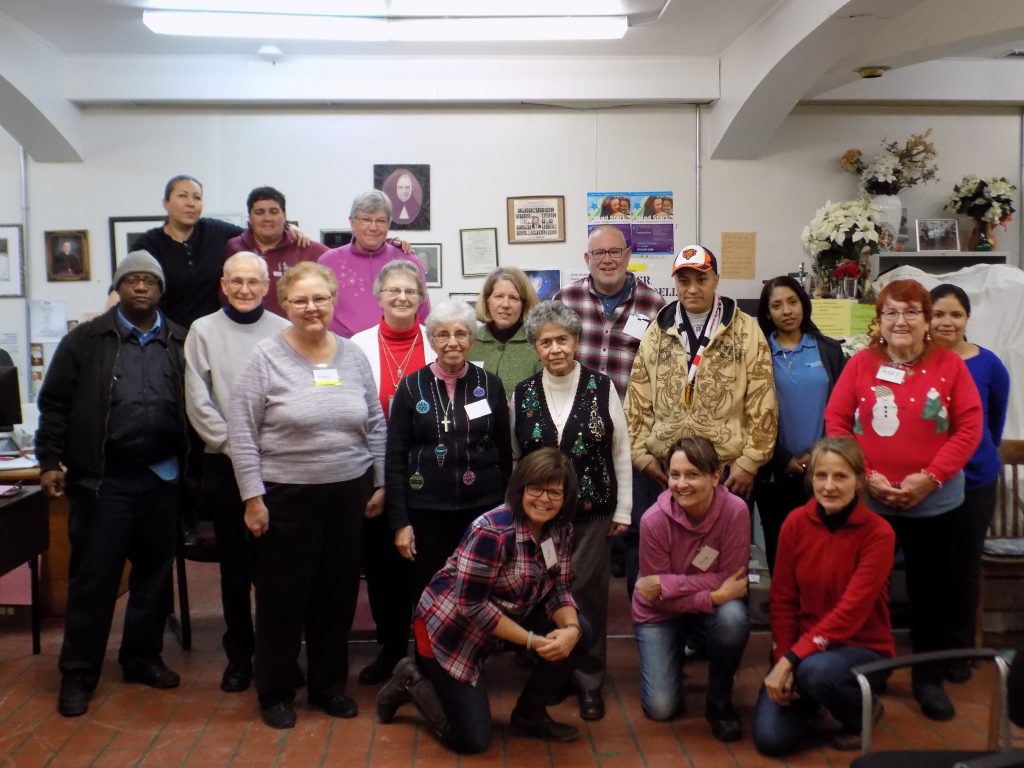 Earlier this year, Poor Handmaids of Jesus Christ associates and co-workers volunteered at Casa Catalina, where Sister Joellen Tumas, PHJC, serves as director. Casa Catalina is a Catholic Charities basic-needs center and food pantry in Chicago that has been providing free food and service to Back of The Yards residents for 30 years. — Photos provided by the Poor Handmaids of Jesus Christ

There are area residents who don’t know all that goes on at The Center at Donaldson, Clark-Lupo said, and the VTO program offers the Poor Handmaids a way to share what they do while also learning more about what the community has to offer. For the co-workers of the ministries of the Poor Handmaids, the money to cover their time comes from their department or ministry budget.

“Many departments are involved to cover costs and provide necessary services, such as our transportation department providing transportation for our volunteers to get to and from the site for an organized VTO trip,” said Clark-Lupo.

Velda Habaj, director of human resources of PHJC Ministries, said the VTO policy allows his co-workers to volunteer for a wide array of activities around the Donaldson and Plymouth communities, or perhaps their own community.

“Co-workers are also invited to participate in Poor Handmaid-sponsored events as a volunteer,” said Habaj, “and if the event is not local the Poor Handmaids may provide housing and meal assistance.”

For one volunteer, the emphasis on service has been an eye-opener.

“I always felt I had a heart to serve, yet as I witnessed people coming through Casa Catalina’s food pantry I was surprised at my own expectations of their demeanor. I found I learned more about myself and how off-base my expectations were,” said Libby Riggs.

“We had bagged clear bags full of Panera bread. I expected (the recipients) to be as excited as I would be to receive this wonderful bread. Many, however, wanted to look through (and) choose (a certain) bread. What I later learned was that they mostly want white, sliced, 99-cent loaves of bread, because that’s what they could normally afford and therefore were accustomed to. As I was helping pass it out, a man asked for sliced bread again, and mentally I was thinking ‘Why are you so picky?’ But as I bent over to look through the bags, he said to me, ‘I don’t own a knife.’ I looked deeply into his eyes and wondered to myself what else he might not own. Powerful experience! I learned so much about myself in the process.” 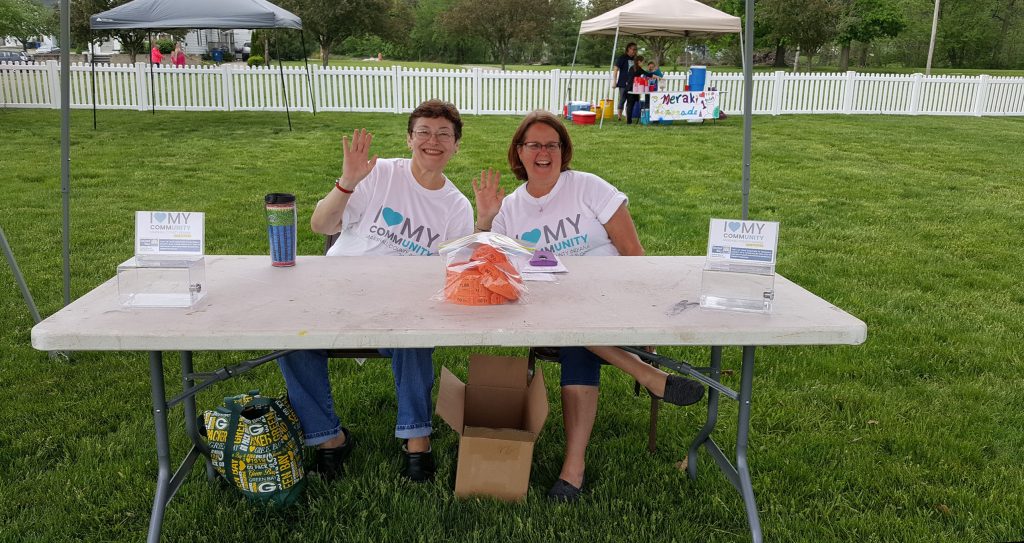 According to Julie Dowd, director of PHJC communications, one of the four core values of the Poor Handmaids of Jesus Christ is dignity and respect for all. It’s a value they promote among all of their co-workers and residents.

“There are a lot of people in our community who are in need of assistance. By volunteering in our communities, this is a way for us to promote the dignity of an individual,” said Dowd.

“In Catholic social teaching there’s a theme called the (preferential) option for the poor. It’s the idea that we can measure the morality of a decision based on how those least well-off in our community are faring, and it calls us to put the needs of the poor and most vulnerable first. One of the ways we can do this is by helping with community efforts that try to meet the needs of those individuals.”

Clark-Lupo has had the opportunity to volunteer at the Marshall County Neighborhood Center and at Sojourner Truth House.

“I do a lot of behind-the-scenes work in our ministries, and it can be easy to lose sight of how that helps our ministries serve people in need. But being able to go out into the community to volunteer gives me the opportunity to reconnect with my own work and the important work that our ministries do every day,” she said.

“I worked on the border in El Paso for two weeks at the end of June — beginning of July. Several co-workers heard about the experience and wanted to be a part of it.” She recently received permission to have them use their VTO and paid time off to go down and serve at the border with her in December.

“We have had them do all kinds of things, but when they volunteer at the Marshall County Neighborhood Center, Sojourner Truth House and Casa Catalina, they are often doing more manual labor,” said Clark-Lupo. “Often they help with cleaning, sorting donations, stocking food and clothing pantries and sometimes helping to distribute these things to people in need.”