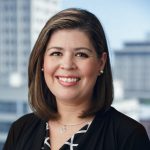 “Where sin abounds, grace abounds more” said Father Andrew Budzinski, vocations director for the Diocese of Fort Wayne-South Bend. “We don’t respond to God’s will for our lives because the timing and circumstances are convenient for us. We respond to His will because it’s His will. If God is calling you to priesthood, you go, nothing else matters.”

As vocations director, Father Budzinski helps young men discern God’s call to the priesthood and navigate the application process for seminary. His priority is to determine if the candidate’s motivation, tools and timing are appropriate.

The right motivation is usually comprised of dedication to the service of God and others and a willingness to give the gift of self for the purpose of sharing with others the Eucharist and forgiving their sins. A candidate for priesthood should already have a personal relationship with Christ and utilize the tools of daily prayer, frequent reception of the sacraments, intellectual curiosity and charitable service to others. Lastly, at the time of entering the seminary, the candidate should demonstrate responsibility, the ability to lead and an intellectual and emotional maturity.

“Sending a young man to seminary is like picking a piece of fruit off the vine” said Father Budzinski. “Is the fruit ripe and ready to be harvested? Or is it still green and needs more time on the vine?” 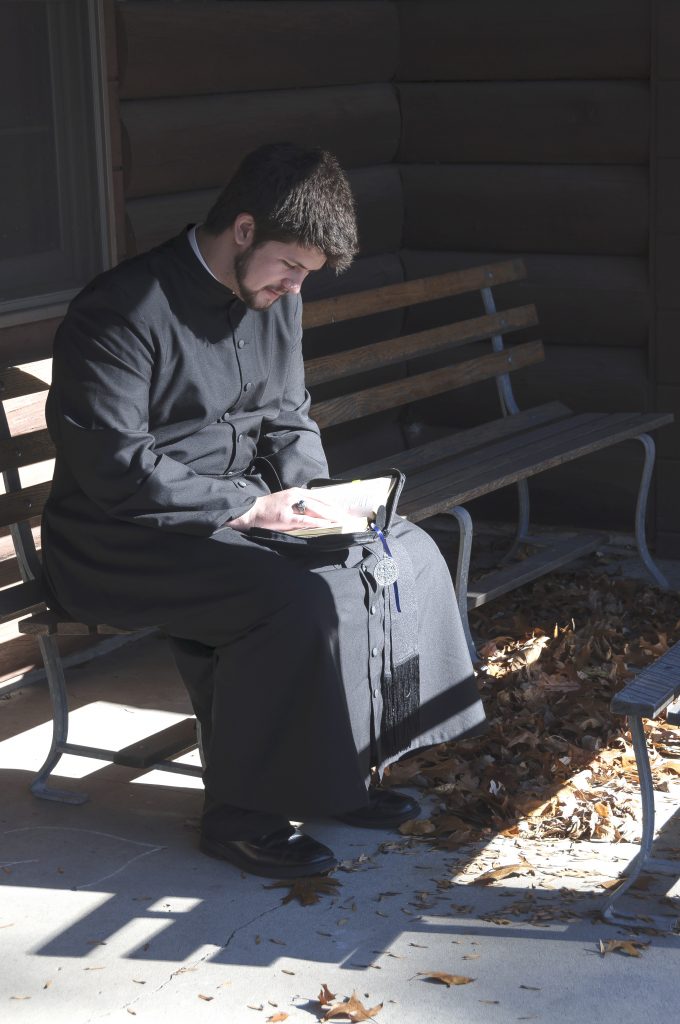 Nate Proulx
Deacon Daniel Koehl does his daily reading, reflection and prayer at a Lifeteen Retreat in North Webster in 2013. National Vocations Awareness Week, Nov. 3-9, is an opportunity to renew prayers and support for those who are considering a vocation.

The diocesan vineyard is fruitful. There are currently 26 diocesan seminarians — 18 in formation at Mount St. Mary’s Seminary in Emmitsburg, Maryland, three at Pontifical North American College in Rome, four at Bishop Simon Bruté College Seminary in Indianapolis and one on a pastoral year assignment in a parish.

The men live in community with a common rule of life. They pray Morning Prayer and Evening Prayer, attend Mass, eat meals and attend classes and formation conferences together. Each seminarian is assigned a formation advisor who serves as a professional mentor and spiritual director to help them in their ongoing discernment.

At the beginning of each academic year, the seminarian works with his advisor to write a plan outlining his goals and objectives for achieving priestly formation in four basic areas: intellectual, spiritual, pastoral and human. Intellectual formation includes coursework, reading, and discussion; spiritual formation consists of personal and communal prayer; pastoral formation includes service to others in places like hospitals or schools; and human formation focuses on growing in maturity, responsibility and relationships with others. The seminarian also meets every two weeks with his advisor to ensure he remains steady in his relationship with God and that his vocation develops naturally. 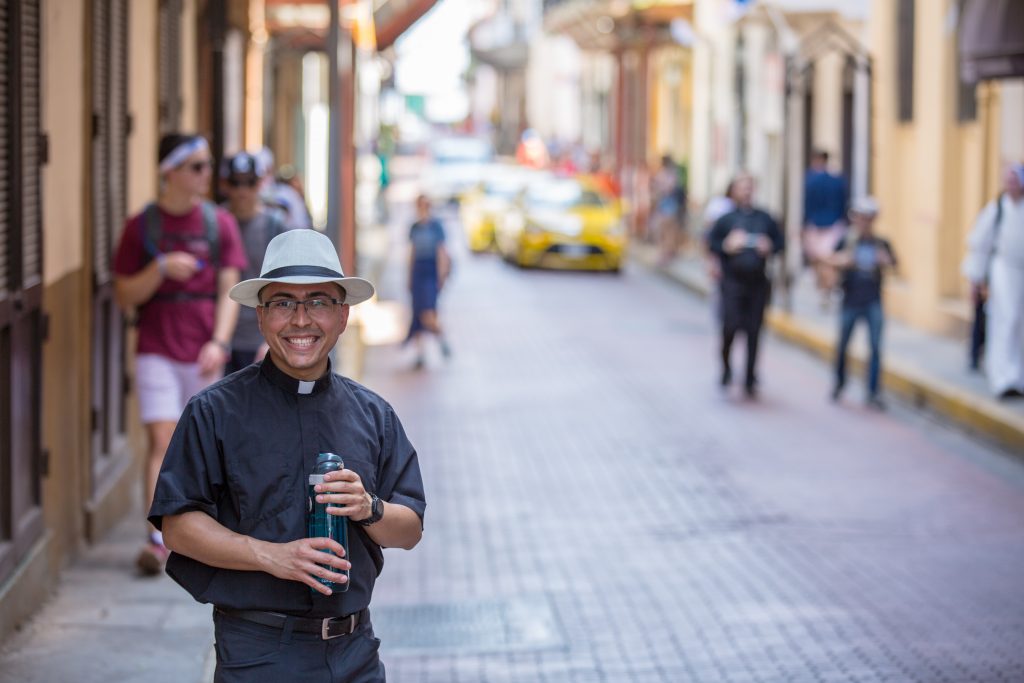 Michael O’Sullivan
Joy is abundant in the priesthood, say priests of the Diocese of Fort Wayne-South Bend. Father José Arroyo Acevedo lets some of that joy shine forth while on a World Youth Day pilgrimage to Panama in January.

In September, Bishop Kevin C. Rhoades told the British newspaper Catholic Herald Online he believes diocesan priests must be actively engaged in promoting vocations. In an article about how seven bishops have increased vocations in their dioceses, he also noted that particularly in parishes in which there’s a strong youth ministry program, the Diocese of Fort Wayne-South Bend is seeing a lot of vocations.

Father Budzinski found his vocation as a priest because of the example of joy and goodness shown in his parish priests, Msgr. Bernard Galic and Msgr. William Schooler. Both men are a living example of what makes priesthood attractive – decent and holy priests living joyful lives in service to others because of their love of God, the Church and people, he said.

Common fears in discerning a vocation to the priesthood include preaching in front of others, being lonely and not experiencing the particular love and affection of a spouse, said Father Budzinski. But “God gives us what we need for the vocation He’s calling us to.”

He explains to young men that they will have an opportunity to learn to preach while they are in formation at seminary. He also admits there may be moments of loneliness, but that everyone, even married people, experience that feeling from time to time.

God also gives everyone the grace to flourish in their calling and in a particular relationship with Him that is fulfilling, joyful and peaceful, he teaches.

“It’s a joy to see a young man who truly knows God loves him and desires to have a relationship with him,” said Father Budzinski. “To see his response to God’s love and desire by entering into that relationship through prayer, the sacramental life of the Church and friendship and charity towards others, and then to consider possibly allowing that love to overflow into a lifetime as a priest for the people of God, is beautiful.”

The Vocations Office is dependent on the contributions of the Annual Bishop’s Appeal and other individual donations for the formation of seminarians. College seminarians pay for half of their tuition, room and board, while the diocese pays the other half. The diocese pays for all of the tuition, room and board for pre-theologians at Mount St. Mary’s Seminary and Pontifical North American College. In exchange for all the support, the seminarian, when he is ordained a priest, will give the people his life.