VATICAN CITY (CNS) — Too often in the Catholic Church, “the sacrifices of women are used only to reinforce the power of those who already have it,” wrote the editor of the Vatican newspaper’s monthly section on women in the Church.

In the “Woman-Church-World” supplement to L’Osservatore Romano published Jan. 2, editor Lucetta Scaraffia wrote, “A revolution is not needed to give women the place they deserve in the church; it is not indispensable to admit them to the priesthood or even the longed-for, but at the same time feared, diaconate.”

“In fact,” she wrote, “all that is needed is a bit of courage and the prophetic ability to look to the future with positive eyes, accepting changes that often are already written in the order of things.”

The January issue of “Woman-Church-World” was dedicated to a series of articles looking at how, without changing Church law or discipline, more could be done within the Catholic Church to treat women as equals, value their contributions and talents and include them in leadership and decision-making at all levels of Church life.

A central concern of many of the articles was the lack of investment in educating women, including consecrated women, for leadership in the Church and simply not thinking about including them in discussions and planning meetings from the parish level all the way to the Vatican.

The 1983 Code of Canon Law opened to all laypeople, including women, “many possibilities for institutional participation,” but, Scaraffia wrote, “the impediments lie only in the refusal of many to make real an equality already recognized and accepted in theory.”

No legal obstacle exists to women being consulted by the pope as part of his ongoing efforts to reform the Roman Curia, she said, and there is no reason a woman could not be among the people who speak at the pre-conclave meetings of cardinals about the needs of the Church before they process into the Sistine Chapel to elect a new pope.

Scaraffia argued that the Vatican should rely on organizations like the women’s International Union of Superiors General for advice and input rather than on “the current practice of the hierarchy selecting individual women. In that way, one could avoid a paternalistic relationship to religious women and a selection that risks rewarding not the most competent, but the most obedient.”

“If one really wants to deal a blow to clericalism,” she said, “one must start there, with the women religious.” 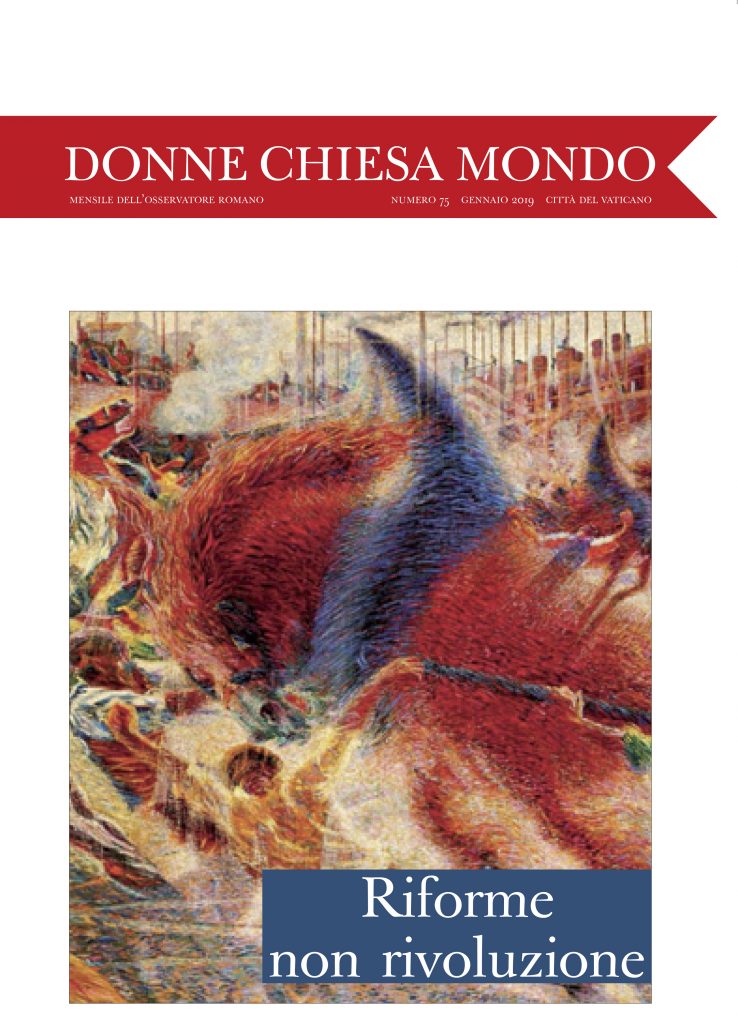 She described as a “fig leaf” the approach of appointing a woman Mass, Pope Francis pleaded with European governments to demonstrate “concrete solidarity” with 32 migrants rescued from the Mediterranean on Dec. 22 and 17 others rescued Dec. 29. The 49 people, including several children, are still on the rescue boats of the Germany-based Sea-Watch humanitarian organization; no European government has given the boats permission to dock and bring the migrants ashore.

In his Mass homily and in his main Angelus address, Pope Francis contrasted the attitude and actions of the Three Kings with the attitude of Herod, who was “greatly troubled” at news of the Messiah’s birth. While the Wise Men set out to meet Jesus, Herod stayed in his palace, plotting ways to keep all his power.

Herod and the scribes, he said at the Angelus, “had hard hearts, which stubbornly refused to visit that baby. That is a possibility: closing oneself to the light. They represent those who, even in our day, are afraid of the coming of Jesus and close their hearts to their brothers and sisters in need.”

The glory of God born in a stable is “is symbolized by the light, which penetrates and illumines all things,” he said. But the surprising thing is that “God does not need the spotlights of the world to make Himself known” or the assistance of the powerful, like Herod.

“We might think that it would have been better had the star of Jesus appeared in Rome, on the Palatine Hill, where Augustus ruled over the world; then the whole empire would immediately have become Christian,” he said.

“But God’s light does not shine on those who shine with their own light. God ‘proposes’ Himself; He does not ‘impose’ himself,” the pope said. “He illumines; He does not blind.”

Being flashy or powerful is always a temptation for people, he said. “How many times have we pursued the seductive lights of power and celebrity, convinced that we are rendering good service to the Gospel!”

“How many times, too, have we as a Church attempted to shine with our own light,” he said. “Yet we are not the sun of humanity. We are the moon that, despite its shadows, reflects the true light, which is the Lord. He is the light of the world. Him, not us.”

Pope Francis also spoke about the gifts of gold, frankincense and myrrh offered by the Magi to the baby Jesus.

“Gold, the most precious of metals, reminds us God has to be granted first place; He has to be worshiped,” he said. Frankincense is a symbol of the prayer that each person is called to offer God. And myrrh, the same ointment that would later be used to anoint Jesus’ dead body, is a sign of the gift of “care for bodies racked by suffering, the flesh of the vulnerable, of those left behind, of those who can only receive without being able to give anything material in return.”