VATICAN CITY (CNS) — Updating the Litany of St. Joseph, approved in 1909, the Vatican has added seven invocations, including two that address the guardian of Jesus and husband of Mary as “support in difficulty” and “patron of refugees.”

The Congregation for Divine Worship and the Sacraments published the additions May 1, the feast of St. Joseph the Worker. 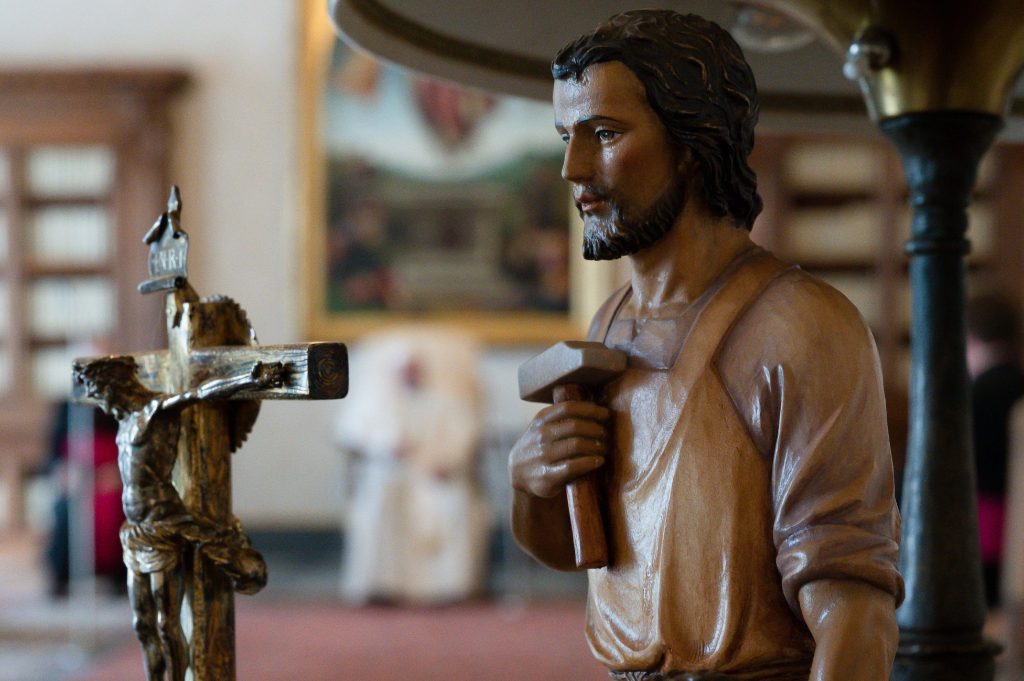 A statue of St. Joseph is seen as Pope Francis leads his general audience at the Vatican March 24, 2021. With the approval of the pope, the Congregation for Divine Worship and the Sacraments has published several additions to the Litany of St. Joseph. (CNS photo/Vatican Media)

Since Pope Francis wanted, as he wrote in his letter, “to increase our love for this great saint, to encourage us to implore his intercession and to imitate his virtues and his zeal,” the congregation said, it seemed appropriate to update the 112-year-old litany.

Providing only the Latin-language version of the invocations, the congregation said it would be up to bishops’ conferences to translate the phrases and to add others if St. Joseph is invoked by their people in a particular way.